The Zatokrev song featured here is “Bleeding Island”. It comes from their new album Silk Spiders Underwater…, which was released on April 13 by Candlelight Records, and it’s the focus of the new music video you’re about to see. END_OF_DOCUMENT_TOKEN_TO_BE_REPLACED 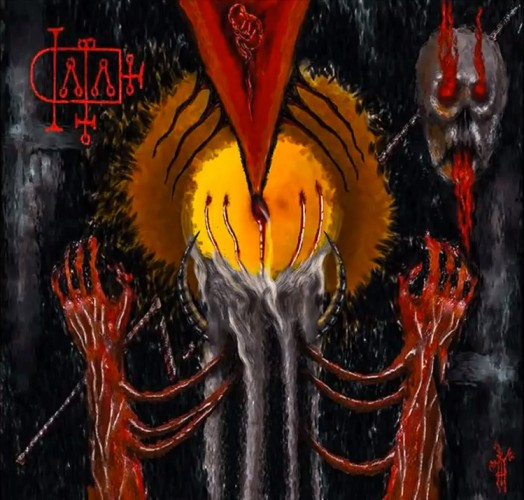 It’s appropriately named “Ritual Vomitting”, and I’ve listened to it a half dozen times since finding it yesterday afternoon via a link from a Facebook friend. The sound is utterly filthy, with a thoroughly grit-caked and grime-coated production, and for most of its putrid length the riffs and drums just roll forward in a repeating rampage of hammer blows, accented by the tick and shimmer of cymbals — but it’s electrifying. And the echoing vocals are fantastically horrific, ranging from rancid roars to something that sounds like the vocalist is being forcibly turned inside out. I’ll probably listen to it another half dozen times today. END_OF_DOCUMENT_TOKEN_TO_BE_REPLACED