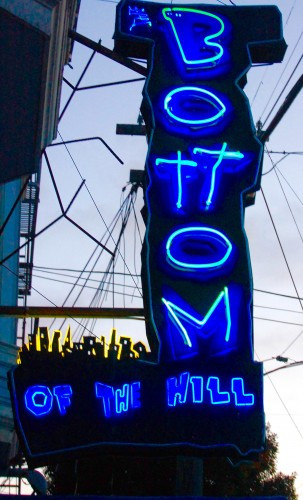 (Ben Manzella wrote this review of the performances by Glaciers, King Woman, and True Widow in San Francisco on May 17.)

As the transition of spring into summer begins, it’s been a state of confusion within San Francisco. Yes, the light of day sticks around until 8PM almost nightly now; but the weather has been colder than average. This past Sunday, with the cold, came local bands Glaciers and King Woman opening for True Widow at Bottom of the Hill.

While all the bands had a rather fuzzed-out, doomy sound in their own ways, it was Glaciers who started the night and they definitely brought energy to the room. 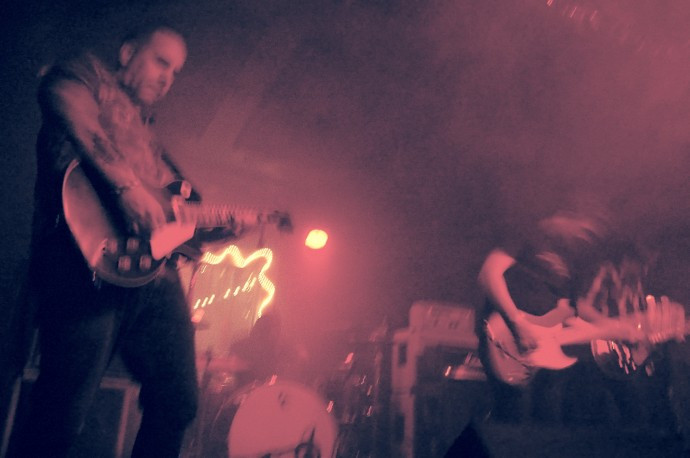 Glaciers claims the Bay Area in general (specifically San Francisco and Oakland) as their home base. They’ve drawn comparisons to the likes of Mogwai or Explosions in the Sky, while also remaining true to the Bay in citing Neurosis as an influence. 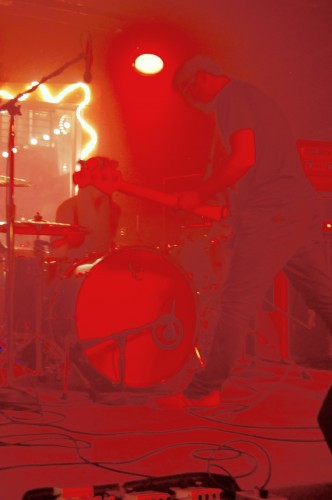 Amidst the fog-machine haze and red-lit stage, they rocked out to a hometown crowd who were very much on board for the ride. It seems like they stick to playing locally, but if you’re looking for some new instrumental rock to check out; I’d definitely say to check out Glaciers.

Next up was King Woman, a band that seems to have been popping up quite a bit with the recent release of their EP Doubt. I don’t know if it was just too slow for me, or if I wasn’t in the head space for it; even as I listen to Doubt while I write this review the music sounds deceiving to me, the deception being that I thought it would be the band I saw last night.

While the music was average, sludge-sounding doom, it was very hard to really “get”. I kept hoping something would “grab” me, and having heard the EP, I finally do understand the recent hype; but I hoped, only to be left wanting.

On another note of frustration, while Bottom of the Hill is already fairly low-lit, King Woman asked for the lights to be even lower or darker than they already were. As a result, any photos I could have taken would have been rather dark or blurred and so I have none to show from their set. 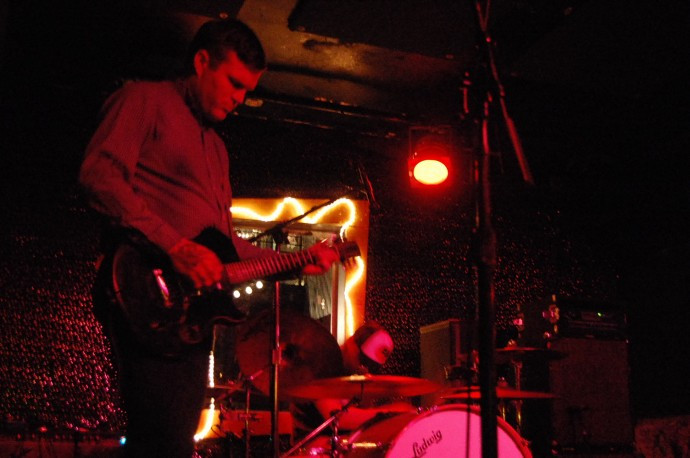 Finally, it was time for True Widow. After all the fog and such that had sort of set the tone for the night, I appreciated that True Widow was a true no-frills trio. They came on stage to play music, and that is exactly what they did. 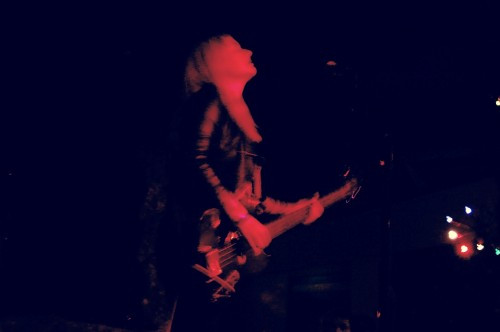 Hinting at influences of drone, “post-rock”, shoegaze, and more; True Widow have a unique sound. I had to cut out before the end of their set, in order not to look as though a zombie had tried to add me to their legion when I needed to be up at 6AM for work, but they had Bottom of the Hill at their mercy as I walked out and definitely were headlining for a reason. 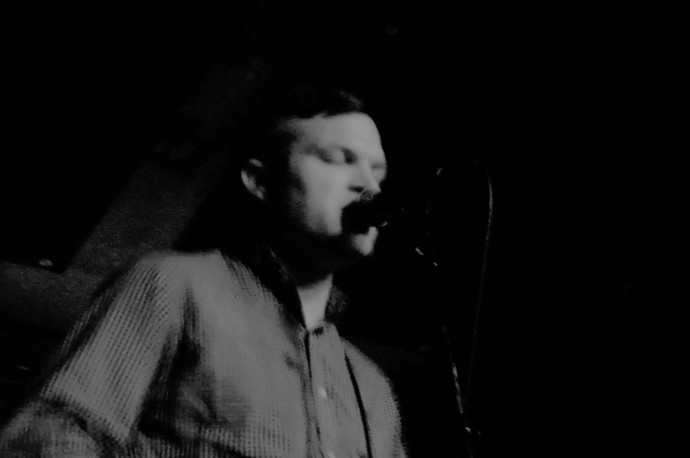 Maybe it’s the fact they’re based in Texas, but I could almost see some of their music being used for an apocalyptic western film; as I listen to the track “Creeper” from their most recent release Circumambulation, I picture an outlaw akin to Clint Eastwood walking through a dark and abandoned stretch of town as zombies peer out from behind a saloon.