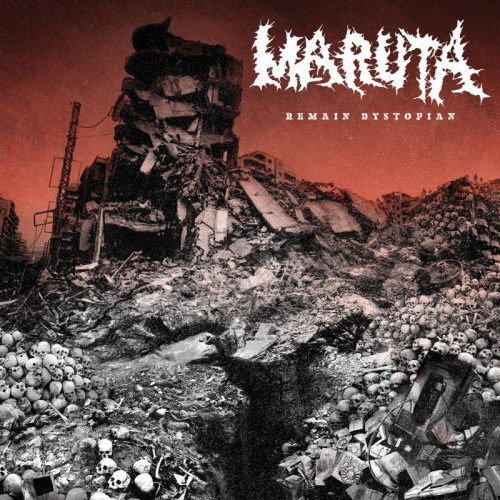 Miami’s Maruta will soon see the release of their third album, and their first for Relapse Records — Remain Dystopian. In advance of the album’s street date, Relapse is rolling out five new songs from the album on five days in a row, and today we bring you the premiere of the fourth of those tracks: “Slaying Jehova“.

This is an absolutely savage minute-long assault of hyper-speed grind, an explosive rush of dissonant, raking riffs, near-inhuman drum fusillades, and beast-like roars. To be honest, it’s too much to take in on one listen, and the eerie guitar leads must have some psychoactive substance in them, because the first thing I wanted to do after hearing it the first time was to continue pressing play, without even consciously thinking about it. 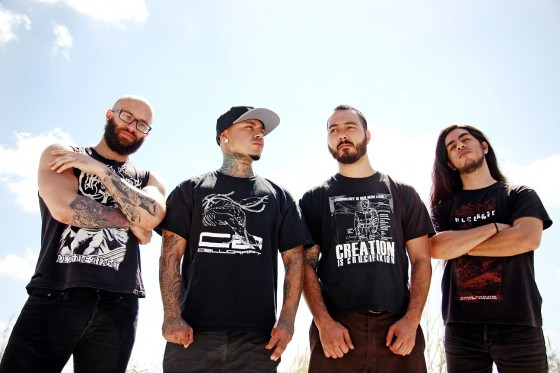 It’s a real adrenaline rush, but it’s more than just a barrage of physically jolting sound. Find out for yourself below.

Remain Dystopian will be released on CD, LP, and digital formats June 2nd in North America, May 29th in Germany, Benelux and Finland, and June 1st in the UK and elsewhere. Preorders for the physical versions are available HERE and digital preorders HERE.

To check out the first three songs in this five-day onslaught, use these links:

The fifth song, “The Void Within”, will appear tomorrow at New Noise Magazine.

Maruta have a release show scheduled in Miami on June 6, after which they’ll begin a European tour that runs from June 25th through July 11th. Here’s that schedule: