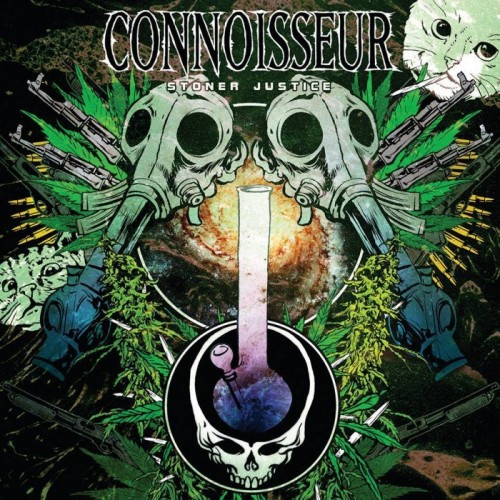 When you’d like to smooth out the start of your day with a bong-load of assistance and you discover to your shock that your stash is as empty as the void in your forgetful head, what the fuck do you do? Some people might let out a long sigh and begin quietly weeping. That ain’t Connoisseur’s style, as you’ll find out in the video we’re premiering today for a song called “Pot Hole“.

The song comes from the band’s new album Stoner Justice, which is being released in June by Tankcrimes Records. Stoner Justice was originally released as an EP last year but has been remastered and expanded to fourteen tracks, including a professionally recorded live set from the Tankcrimes Takeover show on February 13, 2015. As you can see, the new album also includes killer cover art created in a collaboration by Skinner (Mastodon) and Hal Rotter (Atriarch, Cough, Eyehategod, Skeletonwitch, etc.). 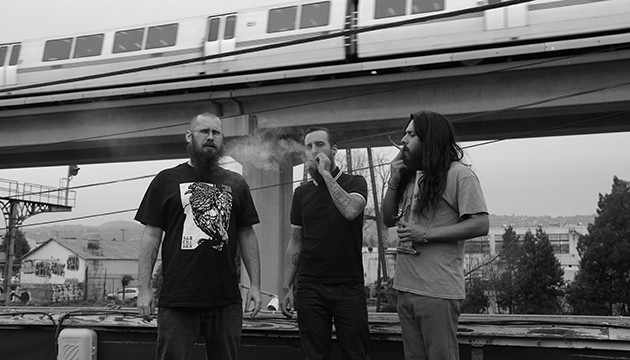 If you’re not familiar with Connoisseur and you’re expecting some paint-by-numbers stoner metal, you’ll have to re-orient your thinking, with or without some weedy assistance. “Pot Hole” is a seething, searing, thick-riffed outburst of rage, with pissed-off vocal vitriol that will leave your ear drums in tatters.

Yeah, Connoisseur do not adjust to an empty pot hole by chanting tranquilizing mantras. The video, by the way, is funny as shit.

Stoner Justice will be released on CD, splatter-vinyl LP, and digitally via Tankcrimes on June 9, 2015. For preorder bundles go over to THIS LOCATION. You can also check out a previously released track (“New Amsterdam”) here and a lyric video for another one (“Orc Summer”) at this location.

Finally, Connoisseur are embarking on a tour that begins tomorrow and runs through mid-July. To see the schedule, it’s just below the video for “Pot Hole”… 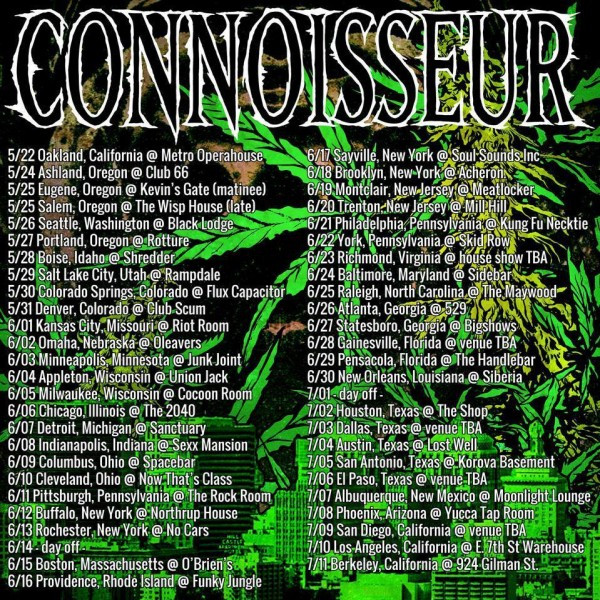 One Response to “AN NCS VIDEO PREMIERE: CONNOISSEUR — “POT HOLE””