In February of this year I came across the debut of a song from the new album by Lychgate — An Antidote for the Glass Pill —  that stopped me dead in my tracks. That song (“Letter XIX”) was so striking, and so strikingly different, that I became both intrigued and anxious to hear more. And now the time has arrived when we can all hear more, because we have the privilege of premiering a second track from the album: “An Acousmatic Guardian“.

Lychgate features the talents of vocalist/guitarist Greg Chandler (Esoteric) and guitarist/organist/keyboardist Vortigern (The One, Spearhead), as well as T.J.F. Vallely (Macabre Omen) on drums, A.K. Webb (Ancient Ascendant) on bass, and  guitarist S.D. Lindsley. Together they have created some very distinctive and unusually compelling music. 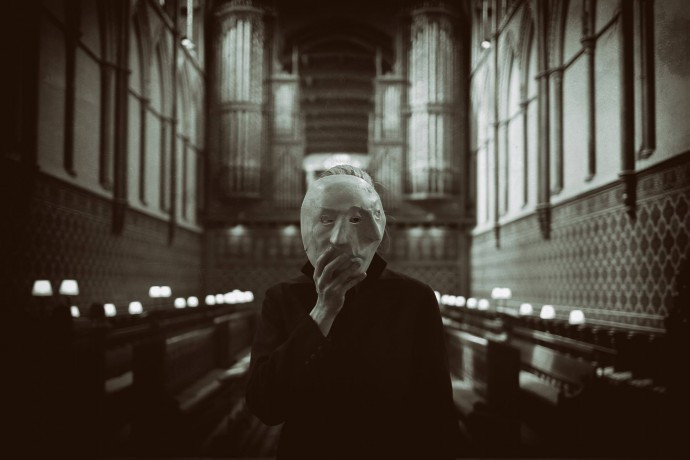 You could think of “An Acousmatic Guardian” as a piece with three movements — an opening section dominated by the powerful swelling chords of a church organ, racing guitars, staggered drum rhythms, and howling vocal extremity; a contrasting middle section that consists of a piano solo; and a finale in which all the instruments (including the organ and piano) join together in an intense crescendo.

It’s an eye-popping piece of music — imaginative, intricate, unpredictable, and head-spinning. The prominence of the church organ lends the song an air of dark and ominous majesty, and the music really is unlike anything else you’re likely to hear this year, or for years to come. 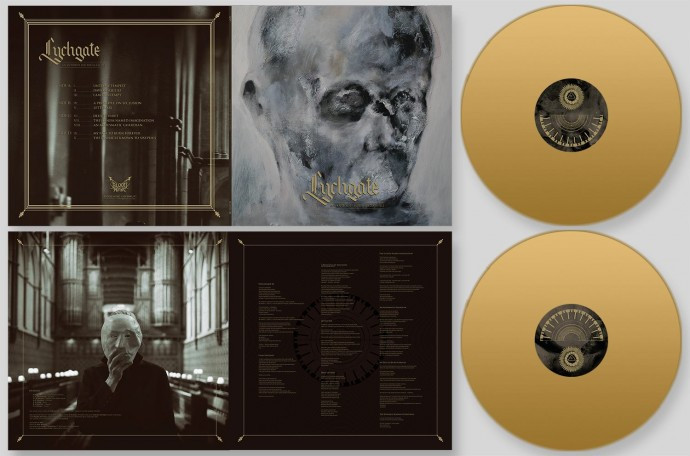 An Antidote for the Glass Pill will be released by Blood Music in a beautiful vinyl edition, on CD, and digitally  iTunes, Amazon, Google Play, X-Box Music, Spotify, Bandcamp, “and every other digital service imaginable”. Pre-orders will begin on May 29, 2015. The official release date is August 18, 2015. Details about the vinyl pressing, which will be available in very limited quantities, are as follows:

1. Unto My Tempest
2. Davamesque B2
3. I Am Contempt
4. A Principle on Seclusion
5. Letter XIX
6. Deus Te Videt
7. The Illness Named Imagination
8. An Acousmatic Guardian
9. My Fate to Burn Forever
10. The Pinnacle Known to Sisyphus

And finally, here’s “An Acousmatic Guardian”, followed by “Letter XIX” in case you haven’t heard that one yet.

3 Responses to “AN NCS PREMIERE: LYCHGATE — “AN ACOUSMATIC GUARDIAN””