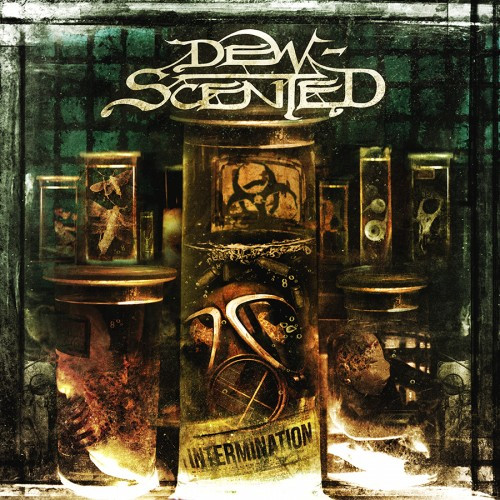 Germany’s Dew-Scented have been discharging blasts of electrifying death/thrash since the early ’90s and they’re now about to unleash their tenth album, Intermination, via Prosthetic Records. Today we bring you the premiere of the new album’s fourth song, “Affect Gravity“.

The dismal, dissonant sounds at the outset of the song are immediately arresting, but the music becomes downright explosive moments later when the full band joins the fray in a tumult of jabbing riffs, booming drums, hammering bass, and scorching vocal howls. It’s a turbocharged rocket-ride of a track that also includes a completely electrifying guitar solo. Heavy, venomous, galvanizing music that will shoot a megawatt charge of energy straight down your spine… and a hugely appealing teaser for the new album. 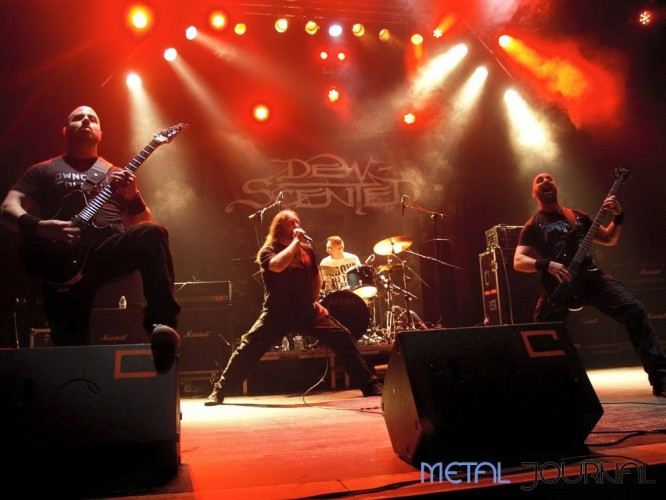 Vocalist Leif Jensen commented on the song as follows:

“‘Affect Gravity’ is probably a bit of an unusual track for DEW-SCENTED and not only because of the talkbox at the beginning. It’s got quite some melodic riffing and a very dark twist to things, but it’s always dynamic and heavy. It turned out to be one of my personal fave-tracks on the album and I look forward to playing it live too!”

“I tried to really emphasize the aggressiveness of the song by playing pretty much straight forward and really loud in the parts that ask for it. Love the way the toms turned out in the mix which makes the parts that lead into the verses really heavy. Halfway in the song I do a groove inspired by Derek Roddy, which is basically a blast-beat on my second snare combined with a back beat on my main snare. After that I do a really heavy and basic groove which breaks things open in the guitar-solo.”

Intermination will be released by Prosthetic on June 30  in the US and Canada. Pre-order’s are available here:

One Response to “AN NCS PREMIERE: DEW-SCENTED — “AFFECT GRAVITY””