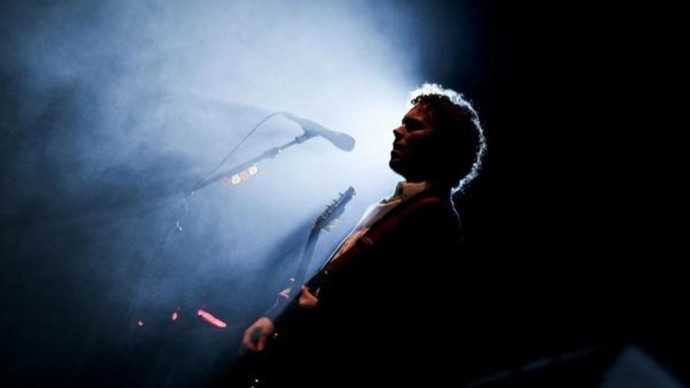 As the old saying goes, “when the cat’s away, the mice will play”. And with both Islander and Badwolf currently semi-AWOL from the site due to attending MDF, it’s definitely time to play…

In that spirit, and as part of my continued quest to drag down the good name of this site, I hereby present to you the entirely clean-sung, all-acoustic, and almost completely un-metal, covers album by Anathema guitarist/co-vocalist Daniel Cavanagh.

Truthfully it’s not going to be a particularly long review. But it’s definitely one I’m more than happy to be able to write for you, as the album in question finds the Liverpudlian lothario putting his own beautifully emotive spin on a number of well-known tracks from across the Prog/Rock/Indie spectrum, letting his silken voice and fluttering fingers carry the listener away from their trials and troubles.

I actually saw Daniel (nee Danny) perform a number of these covers live several years ago when Anathema’s support act at the time lost most of their luggage and instruments in transit (though they were later recovered and the tour able to continue as normal) and he decided to step in at the last minute as impromptu opener for his own band.

With just an acoustic guitar and a loop pedal – as well as his own instantly recognisable voice – he absolutely blew me away with the passion and precision of his performance, and this amazement was only compounded by the realisation that this whole set, incorporating many of the covers recorded here for this albums, as well as a number of stripped-down takes on classic Anathema songs, was delivered almost entirely off-the-cuff and with barely any preparation.

So I’m glad that this album can allow others to experience at least a little of what I heard and felt that night.

Memory and Meaning is actually a rather brilliantly chosen title for this collection of reworked covers, as you can clearly tell that each one has its own special place in the man’s heart, such is the purity of raw emotion he puts into every soaring vocal line and rippling chord, this sense of effort and commitment clearly identifying the album as much more than just a simple nostalgia trip or self-indulgent side-project.

From the nimble finger-picking that underpins his take on Fleetwood Mac’s “Big Love” (and the achingly sombre version of Kate Bush’s “Running Up That Hill” which follows it), through the unexpectedly gentle rendition of “Smile Like You Mean It” (originally by chart-topping Indie types The Killers), all the way to the closing one-two of Iron Maiden’s “Wasted Years” and Pink Floyd’s “High Hopes” — both songs brilliantly reborn in this bare-bones, artfully acoustic context – the Anathema man effortlessly reworks every track in his own inimitable style, every frail melody and heartfelt harmony delivered with an unmatched clarity and breathless honesty.

Though this may not be our usual fare here at NCS, I encourage the more open-minded among you to check it out anyway, particularly if you’re a fan of emotion and melody in its purest, simplest form.