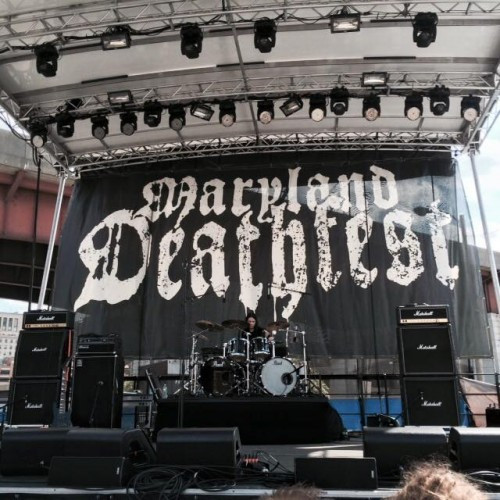 That photo up there was taken shortly before Vallenfyre began their set at Maryland Deathfest XIII yesterday, with Waltteri Vayrynen perched behind the drum kit. Later, the band’s frontman Greg Mackintosh growled during a break in the action: “When we formed this band in 2010, we had a dream that someday we would perform in a parking lot in Baltimore. And now, praise be, we are living the dream, in a Baltimore parking lot.”

One of the better stage lines delivered during the fest so far, but some truth in it too, at least for me. For the second year in a row I’m having a hell of a time at this festival — deafened, sleep-deprived, with sore feet and an aching back — but living the dream. And the fest is only half-done. 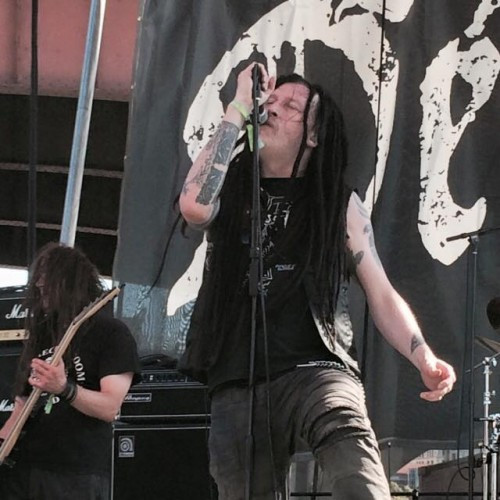 I may or may not write reviews of each day, as I did last year. I probably will at least post a crapload of photos I’ve taken, in addition to the ones in this post. What I probably won’t do is provide much content for our site today or tomorrow.

Apart from the time I intend to devote to becoming more deafened and sleep-deprived (and yakking with old friends and new ones), I have to devote careful thought this morning to choosing between Tsjuder and Agoraphobic Nosebleed, between Gnaw Their Tongues and Wolfbrigade, between Antigama and Vulcano, and between Adversarial and Cephalic Carnage. First world problems.

Okay, I think I’ve been sufficiently obnoxious for a single post, so I’ll stop now. Time to get some breakfast, visit the Baltimore Aquarium, and head to that big parking lot where all the dreams are being lived. 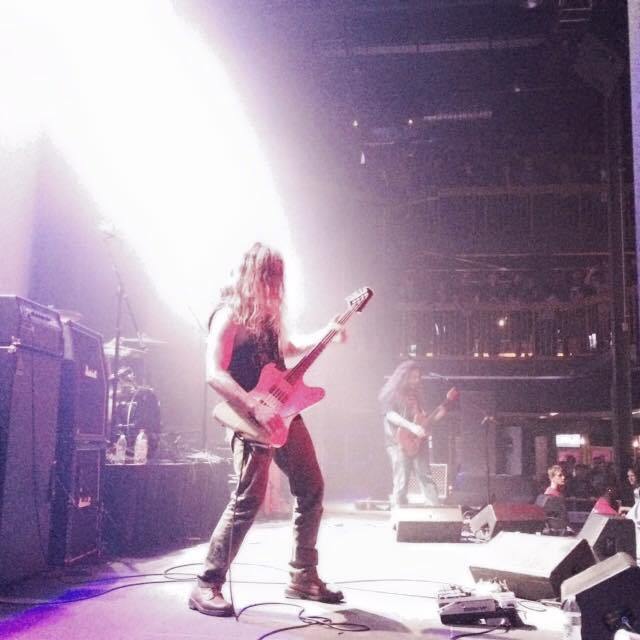 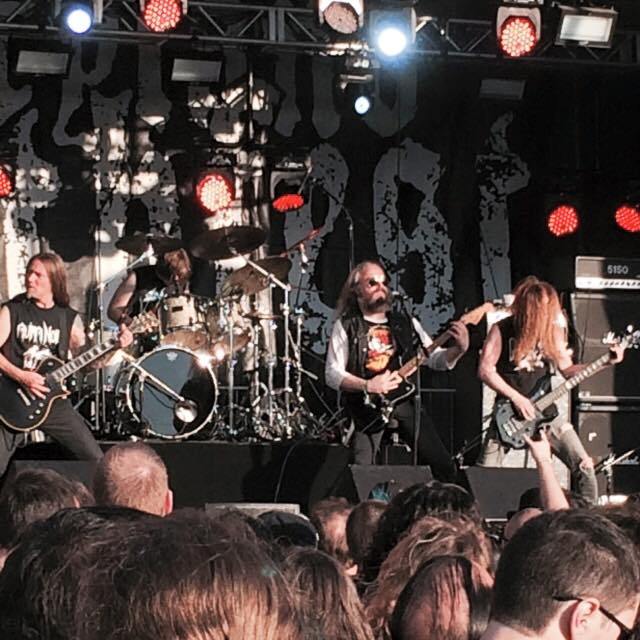