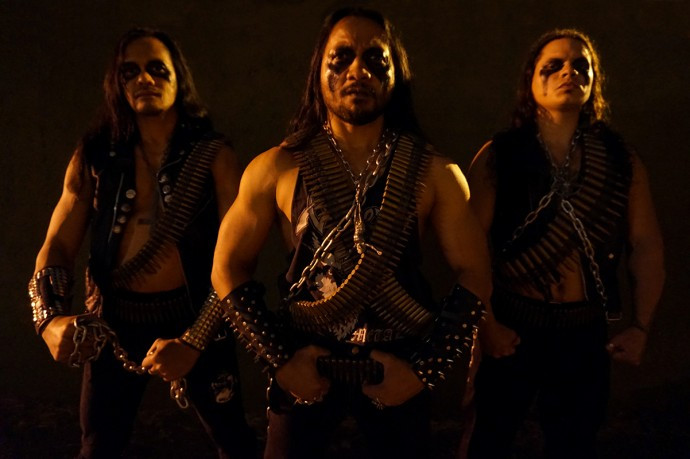 It’s really not fair to all the other bands around the world who have been drenching their arms in the blood pool of black/death. When Deiphago unleash their brand of red dragon chaos, you just have to shake your head. How do you keep up with something like this?

I was lucky to hear this new Deiphago song — “Red Dragon of Chaos” — many weeks ago and I meant to write about it the moment I was free to do so. But when it finally became public I was just beginning my Maryland Deathfest XIII sojourn and missed the news. Better late than never, I hope.

Speaking of MDF, I discovered that Hells Headbangers was selling the new Deiphago album that includes this song at their MDF merch tent, more than two months in advance of its official release. By the time I got my ass in gear and visited the HH installation, only two CD copies were left. And then there were none, though one came home with me to Seattle. And speaking further of MDF, I think enough time has passed since Deiphago’s last appearance there in 2013 that they should be invited to return next year, especially because I didn’t make the trip in 2013. 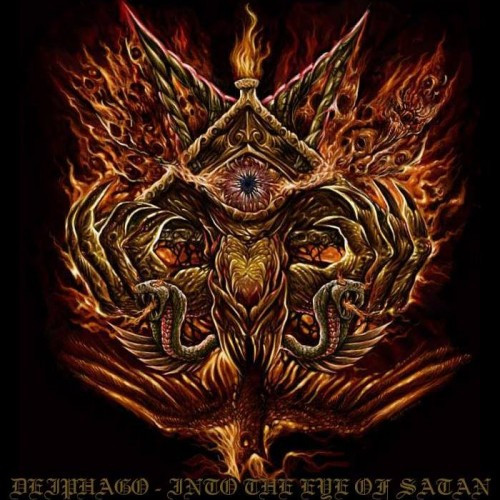 A full review of the new album — Into the Eye of Satan — will be forthcoming after I have a chance to fully digest it (unless it digests me first). But for now, I encourage you to hear “Red Dragon of Chaos”. It has a thick, grinding, overpowering sound, with more riff savagery than fragile human skulls were designed to withstand. The attention-grabbing drumwork pierces through the cloud of storming riffs like a fusillade of gunshots, and the vocals are fierce and feral, a mix of blazing shrieks and horrifying growls.

But the song is much more than a typhoon of chaotic violence. The music is highly dynamic, with sharp tempo changes, and the guitar work is often head-spinning in its intricacy. It also builds an atmosphere of frightening malevolence, with melodic currents that are as grim and forbidding as the bestiality of the instrumental assault. It’s the kind of song that’s electrifying the very first time you hear it, and also complex enough to warrant return visits.

Into the Eye of Satan is Deiphago’s fourth album and will be released on August 7 — pre-order it via Bandcamp HERE. It was recorded this past December in The Thousand Caves Recording Studio in Queens, New York, with Colin Marston (Gorguts), who also handled the mastering. The eye-catching cover artwork was created by Axel Hermann (Sodom, Morgoth, Asphyx, Grave).

Earlier this year Deiphago provided the following statement about the album:

“Recording of the fourth album with Colin Marston has been completed, and we have the final mix/master on our hands. This is a powerful, massive record that will push the limits of black metal to new grounds! Colin has captured the essence of Deiphago and unleashed it in its fullest sonic potential! Into the Eye of Satan explores very angular and challenging song structures, with unorthodox guitar scales and arpeggios, without losing all the chaotic elements that only Deiphago can deliver! We continue to challenge the current black metal scene that has become lame and stagnant. Forward movement under chaos!”