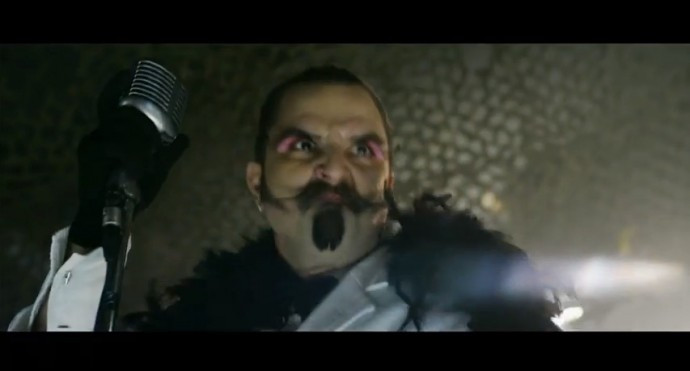 You can always count on Sweden’s Septekh to bring you the batshit crazy videos. The newest one, just unwrapped and dripping with blood and spit, is for the beautifully named song “Superheated Iron Core” from their last album, 2014’s Plan For World Domination.

It may be impossible for Septekh to ever replace their video for “Burn It To the Ground” in my affections, but this new one comes damned close. Bar fights are always fun to watch (as long as you’re on the sidelines), especially when they involve a bat-wielding waitress, knives and folding chairs, a man beaten with his own severed arm, a chainsaw to settle everything, and a bored kid who makes off with the spoils of war. And, of course, a band who don’t look like any other band.

I bow down to director Richard Jarnhed and all the other people who helped make this vision of mayhem a reality. I also appreciated the nice touch of including a lounge version of “Burn It To the Ground” while the credits roll at the end.

Oh yeah, I forgot to mention: The song is a howling ass-kicking rocker, too — which of course is what Septekh do best.

(thanks to Fredrik H. for tipping me off to this moving piece of film artistry)