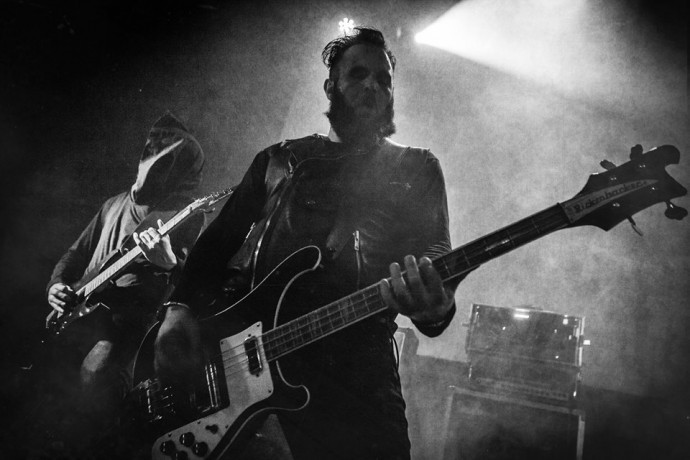 (KevinP brings us this “Get To the Point” interview with Marcin Radecki, bass player for Outre from Kraków, Poland, whose new album Ghost Chants has made quite a splash.)

M:  Nice to hear that someone uses such huge words to describe our album.  It definitely feels good but it also brings up a bigger challenge to keep such a level or even exceed it on future releases. 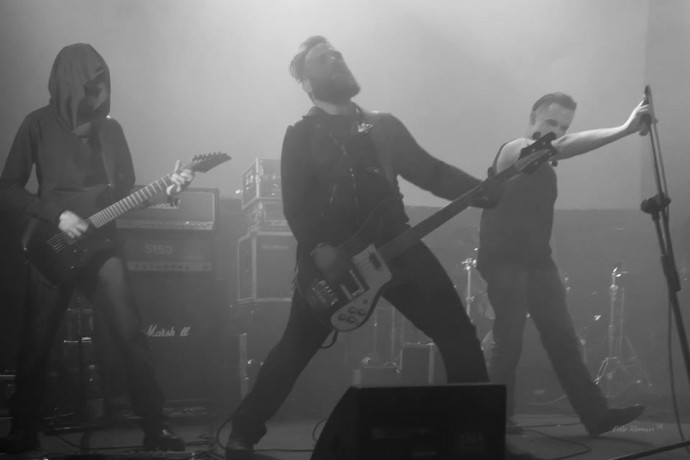 K:  I enjoyed the split and EP in 2013, but I wasn’t expecting something on this level.  When you were writing/recording this new album, did you know you had something special on your hands?

M:  Actually we set some goals while we started writing the songs on Ghost Chants. We wanted to achieve appropriate balance between the blasts, intense riffing, and chaotic and dissonant arrangements. In this effect we finished up with a combination of a pretty brutal and atmospheric album.  So with things that were present (on previous releases), but now given in more expressive and direct form. 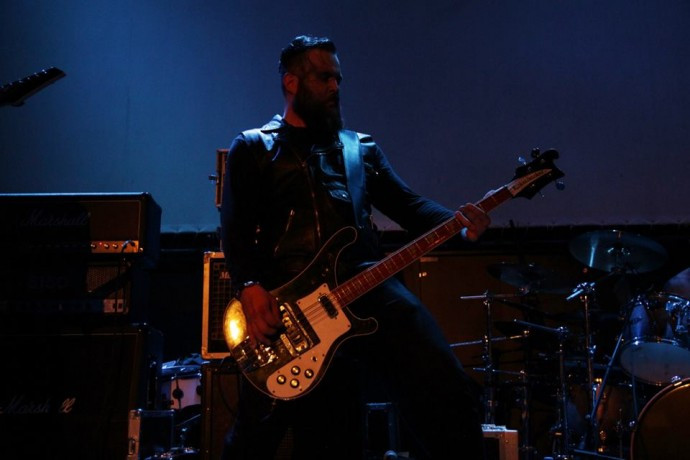 K:   I’d say it was an unequivocal success.  And I was happy to get my hands on one of the wooden box edition CDs (now SOLD OUT).  I pestered poor Greg (note – Godz ov War label owner) with private messages for updates as soon as I heard about it.  LOL

M:  Yes, these boxes are excellent. We have few copies left, some might be available at Essential Purification.  http://essential-purification-records.de/shop/  But definitelely, this edition would be hardly available. We are now working on the LP edition, there will be also regular and limited copies. 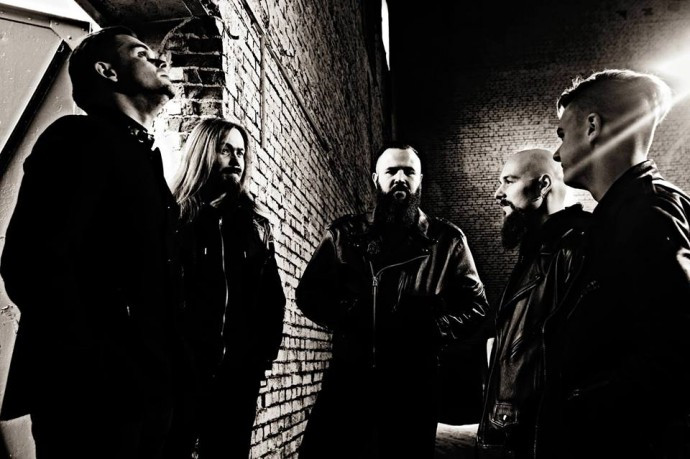 K:  One thing I really enjoyed is the varying vocal techniques.  Not only do you have the death and black thing going on, but it’s mixed to great effect with clean spoken words and numerous tortured moans.

M:  Yes, when it comes to that part of our album, I think we used the maximum of possibilities. Stawrogin (vocalist) used many techniques and ways of expression to create the final result.

K:  So what else do you have planned for the remainder of the year and onward?

M:  Many things are being planned at the moment, but until it’s confirmed I have to hold my horses with making annoucements. What will happen for sure is our participation at In Flammen festival in Germany in July. This year we plan to play some gigs in autumn and we will enter the studio again to record two news songs for 7′ EP splits we plan to release.

3 Responses to “GET TO THE POINT: MARCIN RADECKI (OUTRE)”