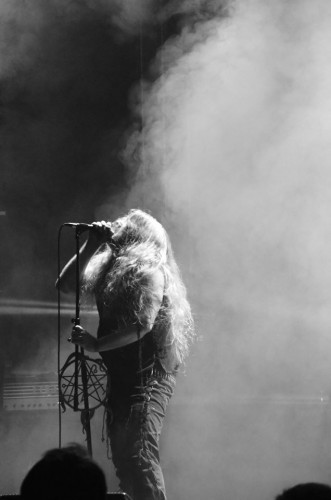 (KevinP brings us this “Get To the Point” interview with “M”, vocalist of Germany’s Sulphur Aeon, whose new album Gateway To the Antisphere has been widely praised as one of the year’s best.)

K:  You kraut eaters have been at this for 5 years now and released 2 monstrous albums.  Do you feel people are finally starting to take notice?

M:  Ah well, I guess people already started to notice when Swallowed… came out. Now, with the release of Gateway…, it kind of got a little over the top… at least if we consider our understanding of “success”. We don’t need much and we don’t aim high, so what we have experienced in the last months may take a while to comprehend entirely.

K:  Most bands these days, whether it be black or death metal (or anything else), people can point to a litany of bands that they sound like.  Yet, I don’t see that with you.  Yes, it’s through and through a death metal band, and it’s not anything strange or wildly different, YET, you have carved out your own niche/sound that feels uniquely your own.  That’s not an easy thing to accomplish these days.

M:  Thank you! That is, of course, the ultimate achievement. Not to be a band whose sole purpose is the pure worship of one’s favourite band, but one that takes all those classic or even modern influences and stirs that poisonous mass within the bubbling cauldron of death metal.

We really like the thought of being one of those bands. But that is up to the listener to decide if or if not. 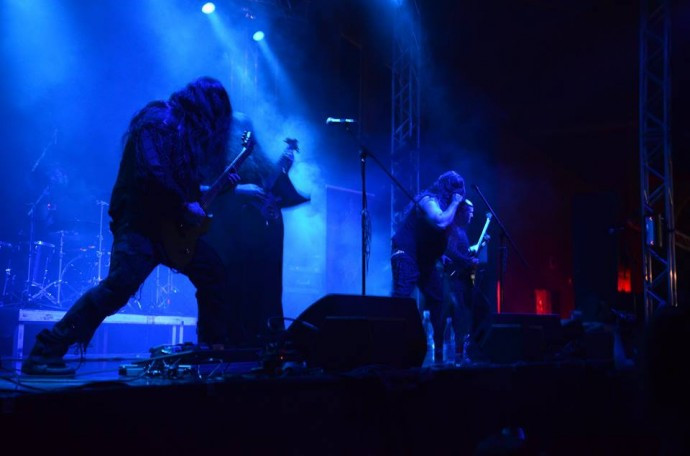 K:  How did the success of Swallowed… affect the writing/recording process of Gateways…?

M:  Oh, actually it did not affect the writing process at all. For T (guitarist), it’s always the same since he is writing the music all by himself. There are no obstacles such as pressure or anything near that. The only thing he needs is solitude and his guitar. And if he gets hooked on a riff or a melody, he’d form a song around that. As simple as it sounds. Homerecording makes it possible, that he can immediately record what emerges from his head… respectively his hands… layer after layer.

It kind of applies to the lyrics as well. Most important is a common theme throughout the lyrics… a concept if you will. Personally, i sometimes need a little bit of pressure while writing, probably because I’m a bit lazy…

K:   So have you had any offers to play on this side of the pond yet?

K:  You need to rectify that.

K:  Not much is known about the members in the band (either by coincidence or design), but give us 1 interesting fact we don’t know about you lads?

M:  I don’t know if it’s interesting, it’s rather a kind of sentimental fact. T  and I have known each other since 1996. We met at a Samael/Massacra/Alastis gig. We met because his band back then was looking for a singer and I wanted to try. So, shortly before I’d answered an ad that they hung out at the local cult metal shop.  We met and I was in the band for like 2 months. I had no experience and so they decided to part ways with me. Well, I was almost 18 and they were all in their early twenties. So we kept doing our own small bands but never lost contact and became very good friends later. So, with Sulphur Aeon it has pretty much came full circle.