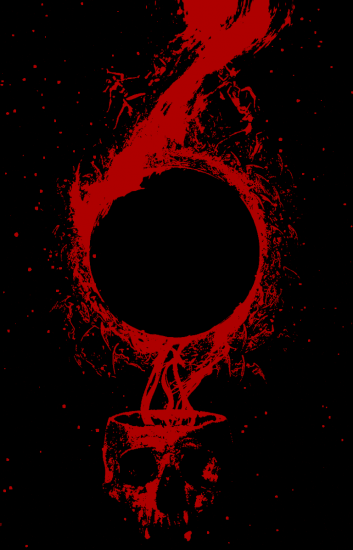 Vacivus are a UK band that rose from the ashes of an earlier group known as Dawn of Chaos. With a different line-up and a change in musical direction, Vacivus have recorded a five-track EP named Rite of Ascension that reflects their new focus. Today we bring you a full stream of the EP in advance of its official release.

The music on Rite of Ascension is in the vein of what today might be called “blackened death metal”, but might also be thought of simply as one of the vicious descendants of death metal progenitors such as Incantation. The five songs flow from one to another in an electrifying storm that ebbs and flows but is never less than heartless and scathing. It marks the stunning appearance of a band whose name we expect to see praised throughout the dark places in the underground where ancient death worship is the order of the day. 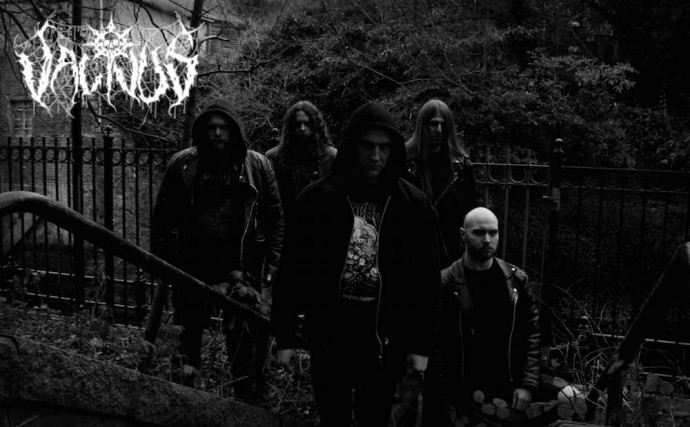 The atmosphere of the music is thoroughly morbid and relentless in its ferocity. That’s not to say the music is all one speed — the band have constructed their songs with a savvy sense of dynamics, moving from frenzied maelstroms of ravaging riffs and thundering double-bass to slow, pestilential crawls that ooze a miasma of doom. The guitars are magnificently distorted, with a preference for mutated, vibrating riffs that feel like they’ll eventually shiver the flesh right off your bones. In the faster segments of the songs, they race in a frenzy, a chaotic maelstrom of swarming, poisonous notes undergirded by a savage rhythm section. And when the pace slows, they stab and pound with vicious intent.

There’s a certain kind of vocal style that this brand of horrifying death metal demands, and Vacivus deliver the goods in that department, too, moving from deep, gargantuan roars to the kind of harrowing howls and shrieks that will put the hair on your neck straight up — all of it reverberating as if rising from a deep, dank crypt.

As icing on this monstrous cake, the songs also include an array of very cool lead guitar arpeggios and solos, writhing like serpents and tracing exotic sigils against the music’s thoroughly black canvas.

I guess you can tell I’m very high on this EP. It’s not for the faint of heart, but I think it will hold a strong appeal to fans of savage, void-faring death metal that brings both killer riffs and a poisonous, otherworldly atmosphere. Our stream is below…

9 Responses to “AN NCS PREMIERE: VACIVUS — “RITE OF ASCENSION””