I guess, when it comes to Paradise Lost, the old axe that everything is cyclical rears its ugly head once again. I’ve never been much of a believer in it, but lo and behold, Paradise Lost have released their darkest, doomiest, and arguably heaviest record in some time — a record we were told was never likely, as Nick Holmes was likely never to growl again and instead would forever sing through Paradise Lost’s goth-laden doom, and a record that would never be this heavy despite the fact that the band had gotten heavier since returning to their doom standard a few records ago. 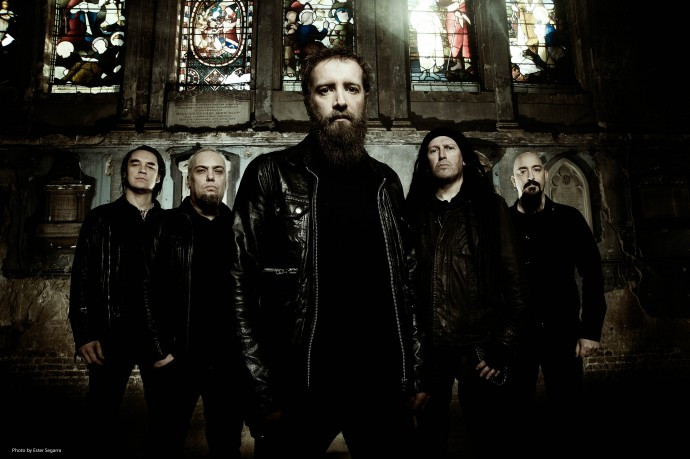 Sometimes you start a critical-darling death metal project with two fantastic albums to your name, albums that have some beefy production and guitar tone so earthen that it feels like the songs have crawled up from the ground themselves. Sometimes you join a death metal throwback band and revitalize the group with energy that had always come and gone depending on who was behind the mic and dedicate yourself fully to it, creating a character for the band to rally behind, and release a grim-dark death metal album in your own right.

Then… well, then you return to your band Paradise Lost and you find yourself doing press interviews saying that you may have gotten a little bit more death metal than you had expected — that it had wormed its way into your record.

Events like those preceding an album writing session tend to have an effect on you. Then you release an album like The Plague Within — a dark, dank beast that contains one of your slowest songs to date, a disc so doom-leaden that it could throw fans who weren’t aware of the early era of your band for a loop, and an album that is proving to be one of the best surprises this year.

For clarification purposes we need to put this idea forward: There are a couple of us in the NCS house — charred skeleton that it may be — who are huge fans of Paradise Lost, so we knew just about anything they put out was likely going to be enjoyed by what I hazarded would be at least two of us. What we didn’t expect was an album so dark that it crushes a disc like Tragic Idol beneath its chained feet. 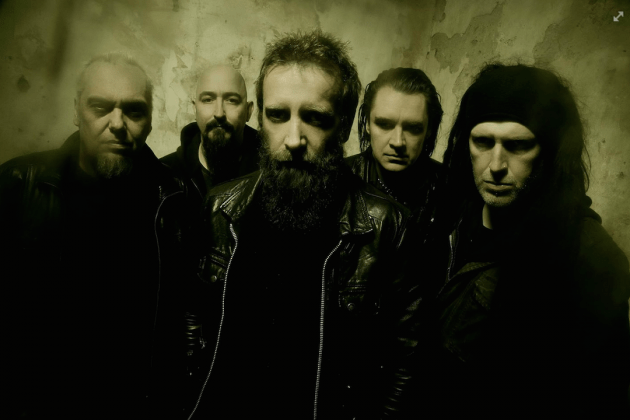 One of the questions that will haunt this album, as many folks discover a Paradise Lost who have returned even closer to form than they did in the era running from their Self-titled until Tragic Idol, is whether this disc is like Draconian Times or any of the band’s earlier works, when they would’ve been lumped together as pioneers of the doom genre. On that front, it’s hard to say because the musicians who were on that album and now on this one are older and wiser, more precise with their doom and gloom, and yes in many cases on The Plague Within, their violence.

Also, The Plague Within is an album of polar opposites — one that contains what may be Paradise Lost’s slowest song in “Beneath Broken Earth” and a couple of the fastest songs I’ve ever heard the band do. “Flesh From Bone” is so quick it sounds almost like Nick’s Bloodbath work crashing into another death metal band. “Cry Out” even features a jagged, swinging riff that wouldn’t have been too out of place on Faith Divides Us or Tragic Idol with a different singing style — as it stands right now, it has a growled approach combined with the sort of flat emotional delivery of a My Dying Bride song.

So how does it stand up against Draconian Times, et al? The answer to that is hazy, but it is proving to be a hell of a pleasant surprise, a disc that manages to exceed some already established high expectations.

Many words likely will have been dedicated to “Beneath Broken Earth” by now, a song that may have less than thirty individual words actually spoken, yet drags itself through six-and-a-half minutes of painfully slow guitar and drums — but is the sort of song that provides the backbone to an album like The Plague Within. It is a window into an unfiltered and unending misery, as the band trade in the gothic-rock clothes for ones so filthy and muck-heavy that they drag the band into the near-funeral-doom realm… and it is awesome.

The guitar melodies in that song and the slow, brooding rhythm, as played by long-time guitarists Gregor Mackintosh and Aaron Aedy respectively, complement each other enough to get stuck in your head for days. These two find themselves kicking out murky riffs and hefty leads across all of The Plague Within. Many of the songs feel like the ultra-heavy fraternal twins of more recent Paradise Lost tracks, taking the elements that worked on earlier songs and kicking them into overdrive. “Sacrifice The Flame”, for instance, has an orchestral and keyboard-heavy line backing the whole song that makes the goddamned thing a terrifying contender as one of our “most infectious” for 2015 — assuming the list doesn’t get murdered by our day-jobs again, although a miserable fate like that might befit an album like The Plague Within.

“No Hope In Sight” — the album’s opening track — feels like a bit of reassurance, as the song is the beneficiary of one of the best melodies on the disc and most of the lyrics are actually sung. However, its chugging main rhythm also has the job of introducing people to the fact that Paradise Lost are going to be more brooding than usual, and the switch from singing to growling is a natural one in this song — especially once Adrian Erlandsson drops into a little bit of double-bass pedal work to take what is already another catchy track (and the album opener no less! a tall order to live up to for the rest of the disc!) and makes it heavier than hell.

Its follower, “Terminal”, is also a really fast song out of the gates and makes the album already feel relentless by track two. The galloping drums make it an almost instant headbanger and the polar opposite of a song like “No Hope In Sight”. It is pretty much a death metal track, much like “Flesh From Bone” later on in the disc, that has seemingly invaded a Paradise Lost record.

“An Eternity Of Lies” sees the return of the much-used Paradise Lost orchestral work, introduced by a mournful string section, before moving into one of the slower songs on the disc. The piano and string section dominate the early slower tracks… before “Beneath Broken Earth” arrives to dominate everything that came before it in terms of utter misery. 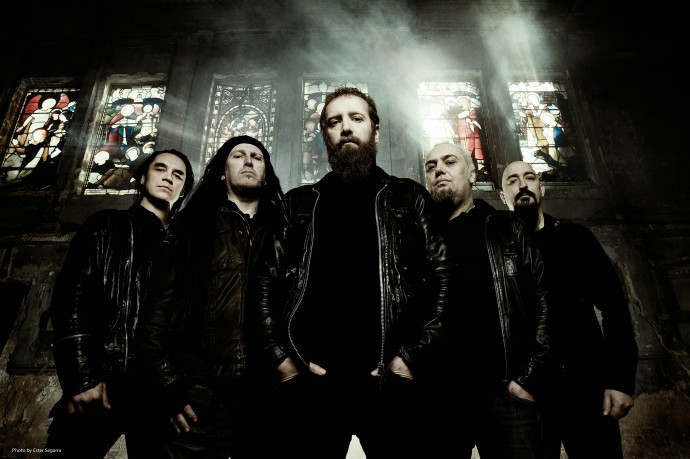 The Plague Within will likely be a critical darling this year and an event for many metal fans — seriously, who doesn’t want to hear Paradise Lost be relentlessly heavy again? But Paradise Lost manage to actually do something with that heaviness rather than just down-tune everything and choose a bassier production style. The band take that low-heavy sound and craft it into a death metal and doom metal disc worth listening to, one that actually has Paradise Lost sounding scrappy and out to prove that they can still crush your spirit into dust.

They even manage to kick out an anthem or two on The Plague Within, as in the song “Cry Out”, which has the band beseeching listeners to “Cry out! Sinners Against The World!” — but then they choose to kill that sort of uplifting momentum with the church-choir-introduced gothic misery of “Return To The Sun”, which musically sounds like a B-grade horror movie film made song. Equal parts epic and terrifying, “Return To The Sun” is a hell of a way to close out an album — with a choral opening straight out of a movie trailer.

The Plague Within is a pleasant surprise, an odd descriptor for an almost death metal doom album, but it is. Pretty much every song on this disc just works. It feels gross and miserable, one of the few records where the idea of “The Plague Within” actually fits within the music as opposed to being just a really fucking cool-sounding series of words. It is a miserable and dark disc that takes its brooding aspects and uses them at times to turn feral and violent.

Often I worry that there’s a sheen that shows up on certain albums, where the band are doing something they haven’t done in some time, that helps extend the “shiny new” feeling of excitement out even longer, masking songs that don’t quite have any staying power. But like many of the Paradise Lost albums before it, this is one I keep coming back to. It absolutely is an event and an album worth strongly recommending.

5 Responses to “PARADISE LOST: “THE PLAGUE WITHIN””