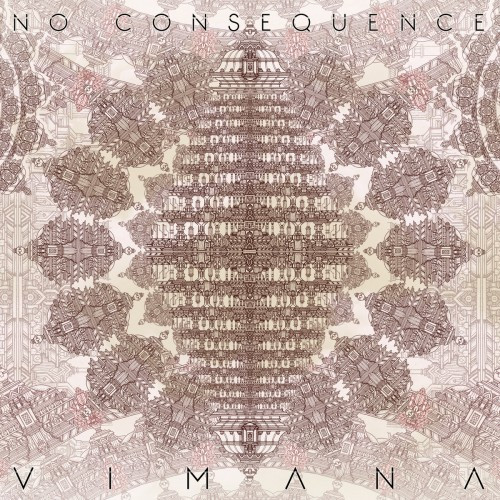 (Andy Synn reviews the new album by No Consequence from the UK.)

As a follow-up to my recent risky (or should that be… risqué?) piece defending the merits (or otherwise) of Djent as a genre (here), I thought it might be appropriate to go on to review the rather spiffing new album from the UK’s No Consequence, particularly since I snuck one of their new songs into Tuesday’s column.

Now whereas both their previous albums (2009’s In the Shadows of Gods and 2013’s IO) cleaved a little too closely to the post-Periphery formula for my liking (albeit, in a manner a cut above the majority of their peers), with all the requisite stutteringly complex riffs, electronic inflections, flashy fretwork, and good-cop/bad-cop vocals that you might expect, with their latest release the band appear to have taken a couple of steps outside of their established comfort zone.

Oh, there are still some prominent moments of recognisably Meshuggah-esque groove scattered throughout the disc, along with a plethora of soaring lead parts that recall both Animals As Leaders and Scale The Summit in their crystalline clarity (and the fact that they’re signed to underground Djent-dealers Basick Records probably won’t help dissuade the naysayers either), but by and large Vimana sees the quintet spreading their wings and shedding their skin in an attempt to become something more than the mere sum of their inspirations and influences. 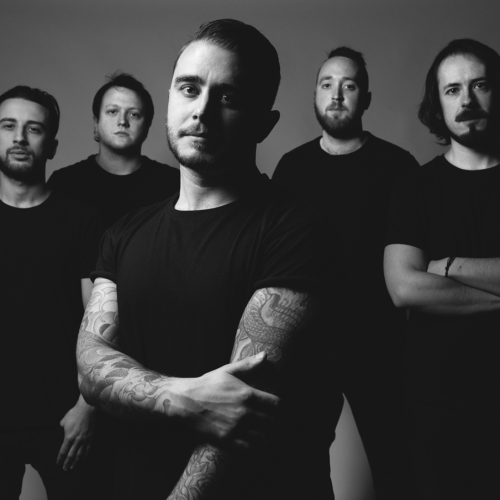 It’s immediately apparent, from the fluid complexity of the instrumentation, to the palpable passion of the vocals (a good 75% of which are of the clean-sung variety), that the band are less interested these days in ticking all the right boxes to fit in than they are with finding new, and better, ways to express themselves musically.

As a result, much of the album shirks the rather lazy “Tech Metal” tag that has dogged them since their inception, and errs much closer to the more emotionally expansive and progressive sound of Thrice than it does the majority of their polyrhythmically-inclined peers – a feeling enhanced in particular by the steadily developing vocals of frontman Kaan Tasan, which are delivered with a sense of conviction that sets them head and shoulders above the attention-seeking histrionics of so many of the band’s contemporaries.

As a matter of fact, the whole album simply feels a lot more mature and well-rounded than a lot of what seems to make up most of the Djent/Tech-Metal scene these days, less desperate and more refined in its construction and delivery, with songs that flow naturally from moment to moment and feel a lot more like the result of an organic writing process, rather than yet another calculated iteration on a well-worn set of blueprints.

That’s not to say there aren’t a few weaker moments here and there – the pseudo-rap vocals that pop up during “Is This a Way to Live?” lean a little too far towards C-list ’90s Nu-Metal for my liking, threatening to derail the song entirely for a short period, and occasionally there’s still a whiff of over-familiarity around some of the album’s bouncy chugs and noodly high parts – but the simple energy and outright confidence of the delivery more than make up for any slightly shaky moments.

There’s also a brilliant sense of dynamic creativity at play here, from the vibrant electricity that pulses through “Resistance”, to the multi-textured atmosphere of “Disconnect”, via the downright bruising (yet beautiful) back and forth of “The Turning Point”, which positions the album as a big step in the overall refinement of the band, and the genre they represent – adding a sense of depth and soul that often seems lacking in so many up-and-coming bands eager to present themselves as “the next big thing”.

This shift the band has made with this album then, whilst not exactly a total upheaval of tectonic proportions, does present something of a risk for them.

On the one hand, it’s obviously not going to suddenly garner them the affections of the more… shall we say, cynical?… members of the Metal community, who treat anything associated with the Djent scene as anathema to their established tastes and preferences, but it’s also unlikely to increase their chances at developing a more mass-appeal sound and identity – in fact many of the melodies on display here, both vocally and instrumentally, have a proggier, rather than a poppier, feel to them, designed to promote a more in-depth listening experience, instead of offering an instant sugar-rush.

Oh, there’s still a cavalcade of perfectly polished hooks and exuberantly infectious riffs on offer, but with this purposeful shift away from the predictable and the familiar they also run the risk of losing some of their more fair-weather fans, in favour of transforming into something far more progressive and interesting.

And I applaud them for it. Vimana may not be an out-and-out masterpiece, but it certainly provides compelling evidence that there’s still a wealth of life and creativity left within the swollen scene we call “Djent”.

Stay the course boys, I think you might just be onto something here.

4 Responses to “NO CONSEQUENCE: “VIMANA””