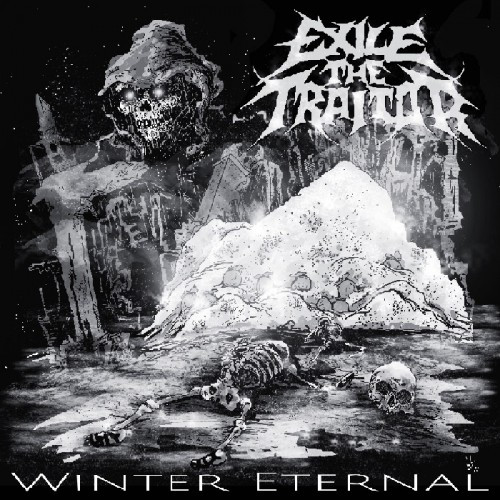 Ok, let’s address the elephant in the room right away, shall we? Melodic Death/Core marauders Exile The Traitor really like The Black Dahlia Murder.

It’s obvious in everything from their song structures, to the tempos they choose, the inherent melodic spikiness of their riffs, and the subtly blackened bite of the vocals who these guys’ main influence is. Even if it apparently takes two entirely separate vocalists to successfully follow in Trevor Strnad’s portly footsteps.

Now that may all sound like criticism. It’s not. In fact, despite what I’ve said above, this is a damn good EP in its own right, bursting with unholy life and suitably necrotic energy. 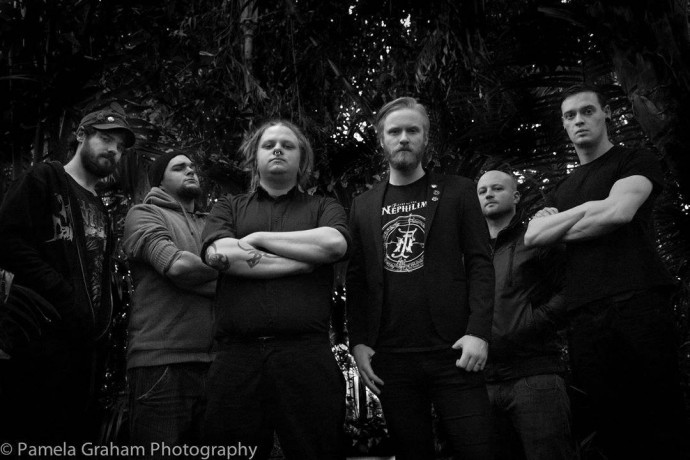 Of course, if you don’t like The Black Dahlia Murder (and, in particular, the Miasma/Nocturnal years) then this probably isn’t going to do it for you either, as the Glaswegian sextet don’t do much different from their predecessors overall.

But they do it so damn well.

There’s no muss, no fuss, no flab or fat to be found here. Each of the EP’s four tracks gets in, kicks copious amounts of ass, and then gets out again before anyone’s even had the chance to say, “who was that masked man band?”

Indeed, the longest track on offer here (opener “Laments of a Flesh Peddler”) clocks in at a mere 04:09 in length, an apt indication of the group’s stripped-down approach to songwriting, which focusses on delivering a straightforward barrage of deftly sharpened riffage, whip-crack tremolo work, and bombastic, blasting drums, to the exclusion of almost all else (the EP’s single, isolated, solo pops up – albeit briefly – during closer “Winter Eternal”).

Altogether though, this is precisely the sort of thing that comes to mind when I think of top quality Deathcore (and just wait for the backlash now I’ve used that word to refer to the band). From start to finish, it’s unwaveringly and unrelentingly aggressive, subtly melodic and ever-so-slightly blackened, brimming with hooks and catchy, cutting riffs, and stripped of all excess baggage and pretension towards offering anything more than a straight-up metallic thrill-ride.

No, it’s not perfect – the drums are occasionally a tad too artificial-sounding for my liking, and the presence of a second full-time vocalist in the band’s line-up seems pretty superfluous (there’s nothing here really that couldn’t be handled by a single, dedicated singer and a competent backing vocalist) – but you can tell that these guys really mean it, and that they truly love what they do.

Ultimately Exile The Traitor are exactly the sort of band that the EP format was designed for, allowing them just enough time to inflict maximum damage, but not letting them outstay their welcome in the process, and although Winter Eternal may not be a reinvention of the wheel as such… it’s still a damn good wheel, when you get right down to it!

7 Responses to “SHORT BUT SWEET: EXILE THE TRAITOR — “WINTER ETERNAL””