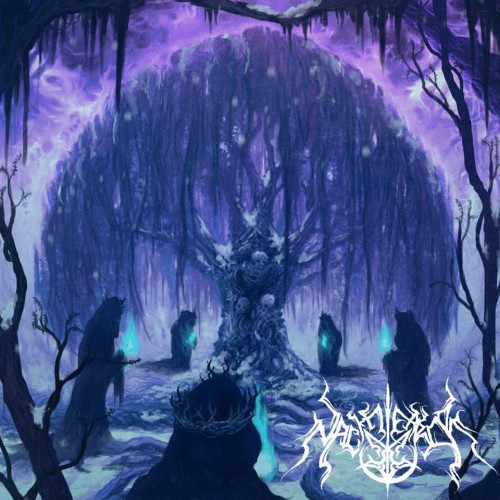 In July 2015, Hypnotic Dirge Records will release a split album by two Saskatchewan-based blackened doom metal bands — Nachtterror and Altars of Grief — which becomes available for pre-order today. The album is entitled Of Ash and Dying Light, and we’re giving you a taste of what it holds in store through our premiere of a Nachtterror track named “The Breath of the World Ablaze“.

Established in 2004, Nachtterror have previously released two EPs, 2008’s The Funeral of Man and 2012’s Beneath the Crimson Moon, and they’re currently at work on a debut album named Judgement. The vinyl version of this new split includes two songs by the band — the one we’re premiering today plus “Upon Ashen Shores”. In addition, the digital version of the album includes two bonus Nachtterror tracks (all vinyl orders will receive an automatic e-mail with the bonus tracks). 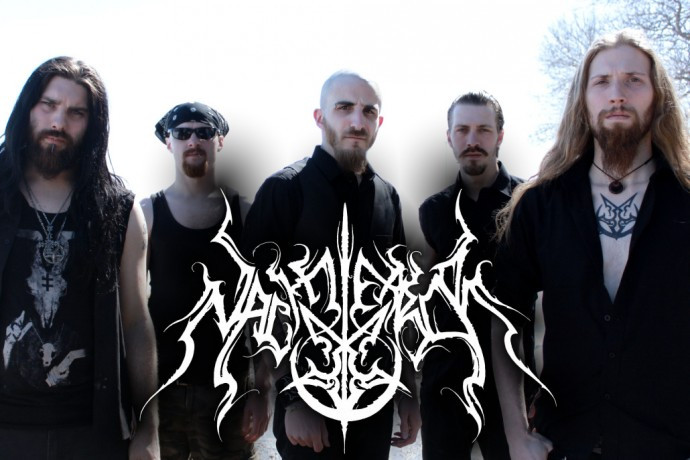 “The Breath of the World Ablaze” is a dynamic soundscape that reflects a variety of musical textures. The song greets you with monstrous vocals, both agonized and bestial, and a slow, dismal melody. Soon enough, the music erupts in a spasm of blasting drums and raking guitars, but then it begins to pound, transforming into a slow, beautiful drift, with sombre, clean vocals, booming bass chords, a melancholy keyboard melody, and a memorable lead guitar motif.

But there’s still more to come as the song builds again in intensity, the swelling torrent of sound accented by the appearance of an Eastern sounding keyboard melody.

The album was recorded by Justin Bender (Third Ion / ex-Into Eternity) at Blue Door Studio in Regina, SK, and the cover artwork — one for for each band — was created by on of our favorite metal artists, Sam Nelson (https://www.facebook.com/StigmaArt).

The album is available for pre-order on limited-edition 10″ vinyl as well as digitally. Pre-orders are available now at this location.

P.S. If you’re curious about the new Altars of Grief music, be patient: We’ll be bringing you the premiere of one of their new songs a week from now.

10 Responses to “AN NCS PREMIERE: NACHTTERROR — “THE BREATH OF THE WORLD ABLAZE””