Some of you will remember that late last fall we actually began our annual roll-out of the list of “Most Infectious” extreme metal songs released during the year that was drawing to a close. Some of you will also remember that the roll-out just sort of… stopped… without even a polite interval of the gas gauge showing “Empty” or coasting for the last dozen yards before the machine just turned into a giant, half-formed paperweight.

There was a reason for this (sort of): I was rudely interrupted by a protracted grind at my fucking day job, and by the time life returned to a semblance of normalcy, so much time had passed that I just gave up on finishing the list. I guess I needed a tardiness support group. 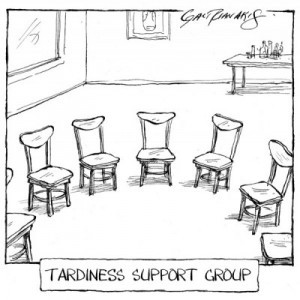 But today it occurred to me that finishing the list might be a good idea. Apart from my obsessive mind’s desire for completeness and a crippling need to rectify the embarrassment of personal failure, I thought it might actually be interesting to re-live some of the brighter metal moments of 2014.

Now, to be clear, I don’t plan to add new songs to the list every day, as I was doing before the list unceremoniously fell into a coma. Our main focus around here continues to be new music, and that’s going to take priority. But as time permits, I do plan to resume the roll-out and stay with it ’til we’re done.

As I see it, from a selfish perspective, there are a couple of silver linings to this cloud of delay. First, I don’t feel the usual pressure to get the thing finished by the end of January, because January is now so far back in the rear-view mirror that it’s just a mirage — so I can take my time to figure out how the list ends.

And second, since about the only completion “deadline” now is the point at which we’ll need to begin the 2015 roll-out, I can just extend the list on and on and on, to my heart’s content. Because I have so much damned trouble making hard choices, this pleases me.

I have lots of ideas, and the bad ones outnumber the good ones as a general matter. I hope this one does turn out to be a good one. But you’ll let me know, won’t you?

P.S. It will be understandable if you’ve forgotten how this list began, so I’m giving you this link, where song streams for the first 25 parts (!) of the list are collected (I’ve also included the complete list so far down below):

P.P.S. If you have no idea what I’m talking about, this post explains it.

22 Responses to “OUR LIST OF 2014’S MOST INFECTIOUS EXTREME METAL SONGS: THE ROLL-OUT RESUMES (TOMORROW)”