(Andy Synn wrote this review of the debut EP by a French band named Barús.)

Ladies and gentlemen, I need you to stop whatever you’re doing and listen to this. This deserves your complete attention. All of it. There will be no exceptions.

Are you listening yet? Good.

Welding the mutated megaton guitar heft of Meshuggah at their slowest and heaviest to a heaving undercurrent of soul-crushing Doom and touches of the sort of hypnotic, almost ritualistic, atmosphere that would make your average occult-obsessed Black Metal band turn green(er) with envy, French Death Metal types Barús have managed to create something with their debut EP that simultaneously embraces and defies convention – something utterly dense and uncompromising, yet surprisingly progressive and introspective in nature. 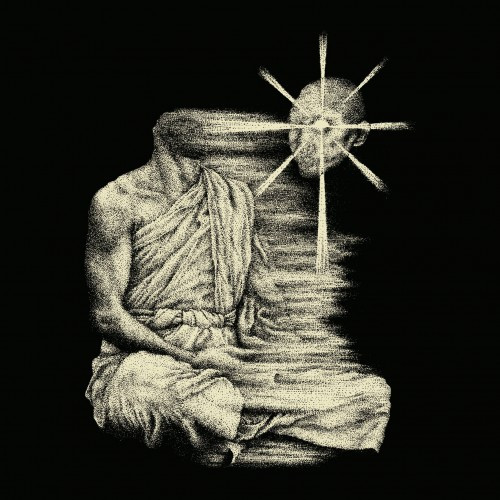 There’s shades of Nero di Marte and Ion Dissonance in the scuttling, clackering clatter that opens “Tarot” – without being derivative of either – before it slowly transforms into a stuttering, staggering wrecking ball of unstoppable power and momentum, its sinewy riffs bending and flexing in all the right/wrong places beneath a choking miasma of grim atmosphere and raw, guttural vocals.

The juddering crunch of “Disillusions” marries twitching, anxiety-inducing chuggery and complex, enigmatic drum work to a mid-song interlude of gloomy melodic clarity, all patient, proggy ambience and slow-burning clean vocals that eventually collapses under the sheer weight of intense, oppressive Prog-Death which follows.

A momentary pause in the crippling intensity comes in the shape of the song’s eerie, discomforting, ambient mid-section – abject dissolution staved off by a single grumbling, skin-crawling bass-line — before the song erupts in its contorted, convulsive death throes, aided and abetted by an almost nauseatingly hypnotic final mantra.

The misleadingly named “Cherub” brings the EP to a close, the grim, bone-grinding discordance of its opening bars eventually giving way to a dizzyingly frantic bombardment of twisted, pseudo-thrash riffage and skulking, electrified grooves – somewhat reminiscent of Ulcerate yet delivered with an altogether more focussed sense of malice – over the top of which a baying, bestial cacophony of bellowing, barking vocals swarms and harries, before the track finally breaks down and sinks back into the brooding, dissonant quagmire from whence it came

Simply put it seems like it’s been a fantastic year for the humble EP up to now, and you can add Barús to the list alongside Sanzu’s Painless and Pyrrhon’s Growth Without End as one of the absolute best of the best released in 2015.

EDITOR’S NOTE: The artwork featured in this post, which is fantastic, was created for the band by the very talented Alexander Brown (https://www.facebook.com/BNB888).