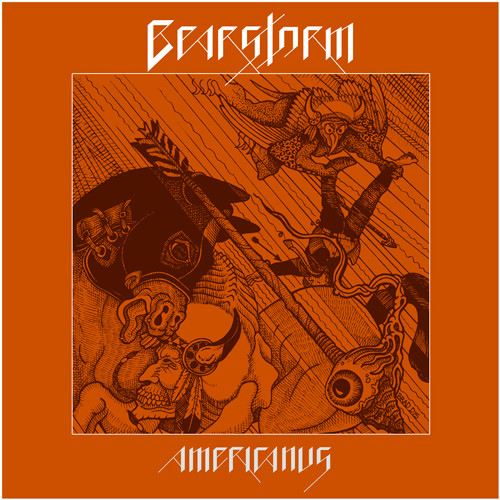 (Austin Weber brings us the full streaming premiere of the new album by Bearstorm from Richmond, Virginia.)

Occasionally bands win the lottery, the stars line up perfectly, and you get a near-perfect band name and an idea for a sound that focuses on an as-yet-uncombined merger of musical styles. In such a rare moment, Richmond, Virginia-based Bearstorm was born.

Graced with more than an intriguing band name, Bearstorm are truly a whirlwind of creativity and gorgeous fury fused together in an inseparable union of awesomeness. Islander mentioned them in a post not too long ago, and so here we are with a full album stream to show you what this mindfucking new record called Americanus is all about. 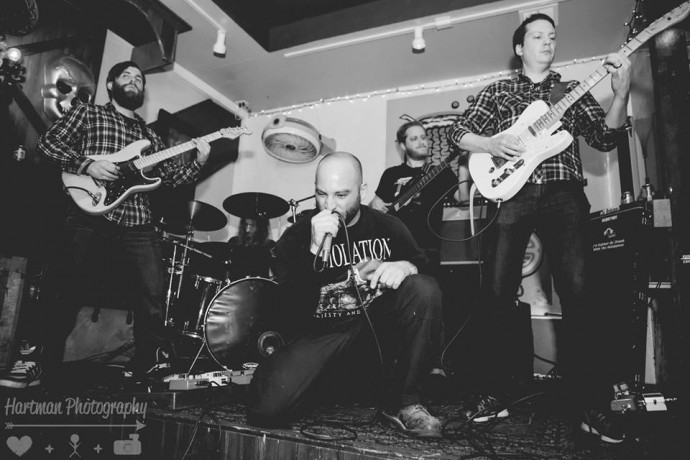 While Americanus originally dropped in 2013, it still needs to be heard by more people, and thanks to Grimoire Records that will now happen. I’m including that information about the album’s earlier limited release largely to relay the band’s story thus far truthfully — because I know most people haven’t heard this before — but it’s important to understand that this Grimoire release has been newly recorded again, and mixed and mastered, by the label’s Noel Mueller. With an eclectic and genre-hopping record such as Americanus, the entire production of this newly released version of the record drastically changes the listening experience and the depth of the music contained within its zany crevices. And in its 2015 incarnation, the album also comes with a newly drawn piece of fitting, oddball artwork by Brad Douglas.

Rather than try to box Bearstorm into some neat stylistic package, it’s more important to explain that the band dip their toes into a multitude of sonic streams, combining many influences into a mesmerizing wall of sound that’s ever-shifting and yet cohesive. While I’ve seen them promoted as black metal-meets-post-rock, I don’t believe that really tells you why they are special; what they do consists of so much more than that limiting description. It’s clear throughout Americanus, for example, that the band have a love affair with massively heavy and crushing sludge riffs, while adding a fitting bluesy layer to those elements. But more than just that, Bearstorm clearly have a soft spot for prog rock in the vein of acts such as King Crimson and other kindred sonic adventurers.

Taken as a whole, Americanus successfully confuses and intrigues in equal measure. By the end of its six songs, each largely consuming double-digits of minutes, I’m confident you’ll come away just as impressed and interested in their unique merger of ideas as I am.