Exactly one week ago we had the pleasure of premiering for you a fantastic track by the band Nachtterror from their forthcoming split on the Hypnotic Dirge label with fellow Canadians Altars of Grief — and today we’re equally happy to stream for you one of the songs by Altars of Grief — “In Dying Light”.

Entitled Of Ash and Dying Light, the vinyl version of the split includes two songs by each band, and the digital version will also come with a bonus track by Altars of Grief and two bonus tracks from Nachtterror.

“In Dying Light” is a thoroughly engrossing piece of music, from the isolated opening guitar notes to the huge wave of sound that soon follows it, from the sweeping, exalted melody to the rippling, finger-tapped bass notes and gunshot drum beats, from the anguished snarls to the sombre clean vocals. 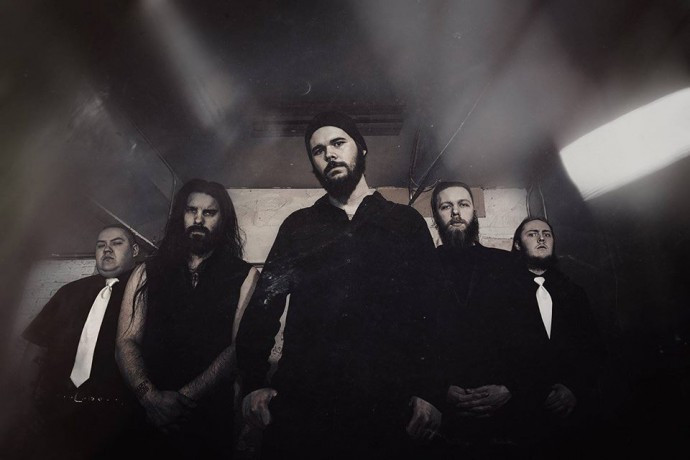 The music is a hymn to the beauty found in loss, and it pierces straight and true, with gripping emotional resonance. It hits hard with weighty doom riffs and a building atmosphere of sorrow and wistful remembrance, but there’s a transcendent quality to the music as well — the kind of song that leads you to hit “play” again and again, without even thinking about it. It leaves a haunting memory that won’t let go — but the memory alone isn’t sufficiently satisfying. At least in my case, it’s merely the lure that brings me back to the song, which I think will never wear out its welcome.

I hate to be obnoxious, but I’ll risk it: Unlike most of you, I’ve heard this entire split, and man, it’s tremendously good. Whatever is in the air in the prairies of Saskatchewan, it’s producing some striking music. Spread the word about these two bands — they certainly deserve to have these songs heard far and wide.

This album was recorded by Justin Bender (Third Ion / ex-Into Eternity) at Blue Door Studio in Regina, SK, and the cover artwork — one for for each band — was created by on of our favorite metal artists, Sam Nelson (https://www.facebook.com/StigmaArt). If you missed our Nachtterror premiere, go here right now and listen.

The album is available for pre-order on limited-edition 10″ vinyl as well as digitally. Pre-orders are available now at this location.

And in other news, both Altars of Grief and Nachtterror will soon be embarking on a tour of Alberta, and if you’re in the vicinity, check out the schedule on the flyer that appears right after our song stream. 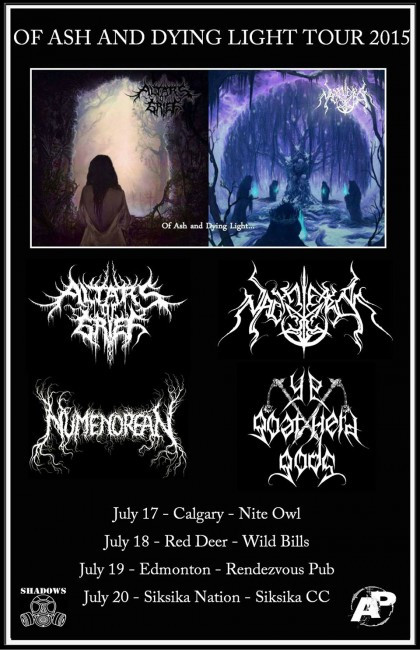 23 Responses to “AN NCS PREMIERE: ALTARS OF GRIEF — “IN DYING LIGHT””