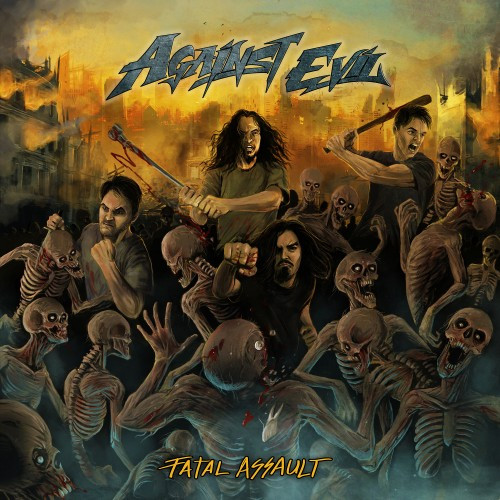 In an era when every band must be obsessively slotted into the proper micro-genre, perhaps it’s best in this case just to call the music “heavy metal”. It’s got grooves, it’s got melodic hooks that prove to be sharp and memorable, it’s got a mix of soulful clean vocals and nasty jagged growls, and it comes with slick dual-guitar harmonies and an awfully tasty solo. 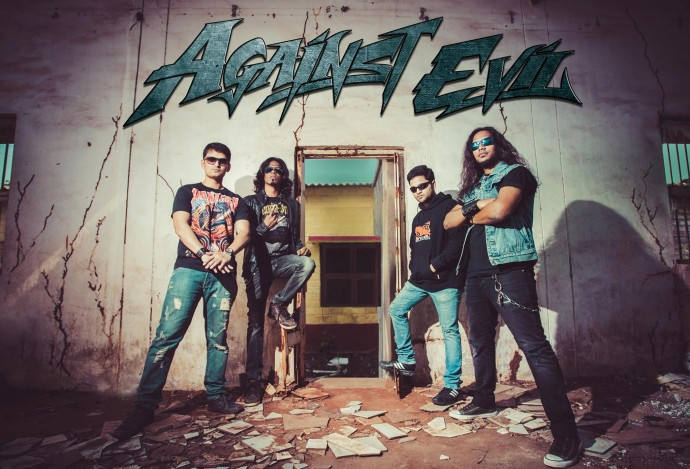 The song isn’t as extreme or abrasive as most of the music we tend to cover around here, but every now and then a song like this comes along to dislodge us from our well-beaten paths, and we’re happy to help spread it around. Hope you folks enjoy it.

As noted, Transcending Obscurity Distribution will be releasing Fatal Assault on July 20, both digitally and in limited-edition CD form with complete lyrics and booklet. The track list is as follows:

Pre-order via the Bandcamp link below:

2 Responses to “AN NCS PREMIERE: AGAINST EVIL — “BULLETPROOF””