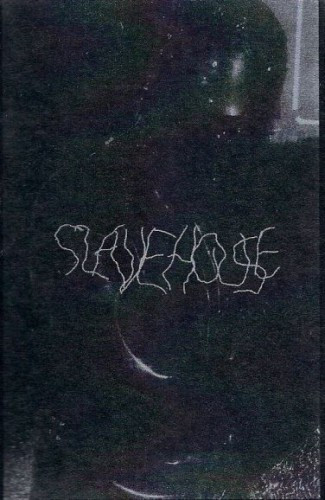 Welcome to the glorious 75th edition of MISCELLANY, the highly irregular series in which I go exploring into the unknown. For those new to these excursions, I pick bands whose music I’ve never heard before, I try to listen to not more than one recent song per band (though sometimes I cheat and listen to more), I scribble my immediate impressions, and then I stream the music so you can judge for yourselves. (I cheated a lot on my one-song rule today.)

Usually, I make the MISCELLANY selections in a highly random fashion, not knowing whether I’ll like the sounds or not. Today, however, the last three of the four picks were recommended by friends who know something about what I like, so that increased the odds of success. But I still didn’t know exactly what was coming…

I’ve already forgotten when or exactly where I noticed the 2014 demo by this band from Columbus, Ohio.  I’m pretty sure someone posted about it on Facebook, and I kept the link for future reference. Yesterday I decided to check out the music, which CVLT Nation put up on Soundcloud last summer.

For sampling purposes I just dived right into the demo’s first track, “Hollenloch”, and man, it punched a whole bunch of my buttons. It’s a brawling, abrasive hybrid, with highly infectious punk-influenced riffing mixed with black metal slashing and burning. The music has a grimy, high-distortion sound and reverberating vocals that come across in a vicious howl.

I’m afraid I couldn’t stop with just one song, and wound up letting the rest of the demo run roughshod through my head — which didn’t take long, since the whole demo clocks in at only 8 1/2 minutes. And the other three songs are just as hellishly good as the first one. They radiate primal energy, and probably a lethal dose of gamma rays, too.

The Slave House demo was originally released on cassette tape by Knife Vision, but that thing sold out long ago. However, I did discover that the demo is available for free download (with permission of the band) at Fucked By Noise (here). I haven’t found any social media pages for Slave House. 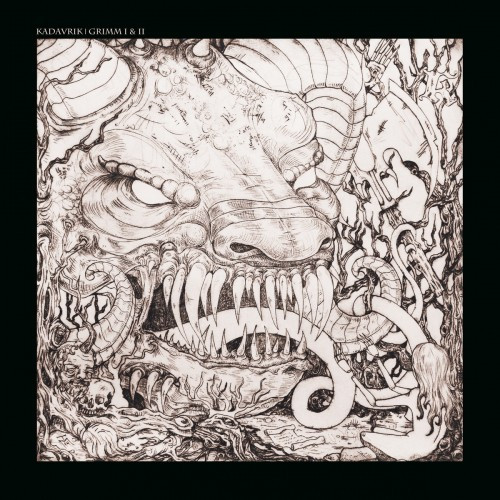 The German band KadavriK released their fourth album GRIMM I & II on June 26th via a new label named Testimony Records. Because this band is new to me, I don’t know how their current release compares to previous ones. As the title suggests, the new album takes as its thematic focus some of the fairy tales of the Brothers Grimm:

“Behind the title GRIMM I & II hide two contrastive chapters. While The Armless Maiden portrays the journey of a less popular fairy tale heroine from childhood trauma to emancipation, the second part Thoughts of the Sore finally shreds all romantic allusions.”

This one came recommended by a friend (thank you Fred!), and I was further drawn to it by the very cool artwork created by Berlin artist Talissa Mehringer (there’s one cover for the CD and a different one for the vinyl double-gatefold version). I wasn’t quite sure about the dividing line between the two parts to the album, so I decided to listen to the first song, “Wither Away”, and then jump to the last track, “Helix”.

“Wither Away” is a grim (pun intended) piece of melodic death metal that mixes slow, booming, groove-heavy segments that are morbidly atmospheric with racing sections that vibrate with unholy blackened energy and thrash with vehement determination. The song’s dismal but exotic melody turns out to be memorable, and the roaring/shrieking vocal delivery is positively hair-raising.

“Helix” is another well-written song that’s heavy, dramatic, and ravaging, but this one is laced with an ethereal piano melody that contrasts with the weight of the song’s main onslaught, which is a combination of thundering drums and merciless, grinding riffs. The song also features an attention-grabbing guitar solo that leads into the song’s powerhouse finish.

This is densely layered, multi-textured, interesting music that I think warrants further exploration of the album as a whole.

The music is available for streaming and order on Bandcamp. 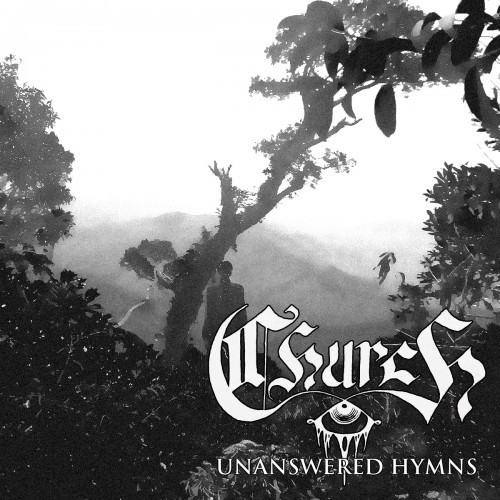 I’d seen mentions here and there about the debut album of this Sacramento-based band — Unanswered Hymns, released this past April by Transylvanian Tapes — but hadn’t checked it out until receiving a recommendation a day or two ago from Grant Skelton. The album consists of three long songs, ranging from almost 12 minutes to more than 19. For purposes of this MISCELLANY excursion, I decided to go big and listen to that 19+ minute track, “Dawning”.

There’s no fair way to sum up this otherworldly song in a few sentences, because a lot happens in those 19 minutes, and the length of the song itself is a key to its success.

It includes truly titanic, sludge-stuffed doom riffs capable of sucking all the light out of a room and congealing the blood into a chilled, slow-moving slurry. The music alternately pounds with immense force and chugs like a skyscraper-sized locomotive. Here and there, eerie lead guitar motifs emerge like wraiths from a tomb, something resembling a banshee shrieks with poisonous fury, and clean vocal wails rise up like mist from a swamp.

But there is more, including a slow, hypnotic guitar arpeggio in the song’s mid-section, the somber notes set against a backdrop of whispering distortion, processional drum beats, groaning bass tones, and ghostly vocal emanations. And that’s followed by an immensely potent repeating riff that jabs like a piledriver on steroids, accented by a trippy wah-wah guitar solo.

The music is part narcotic, part psychedelic, part earthquake in slow motion, part unstoppable demolition job — and I’m genuinely floored by how good it is. My eagerness to hear the other two songs is tempered by slight anxiety over whether I’ll survive the experience.

The tape version of the album is available for order on Bandcamp, where it’s also offered as a digital download. A 180-gram vinyl edition of the album is scheduled for release on September 22 by Battleground Records (links below). 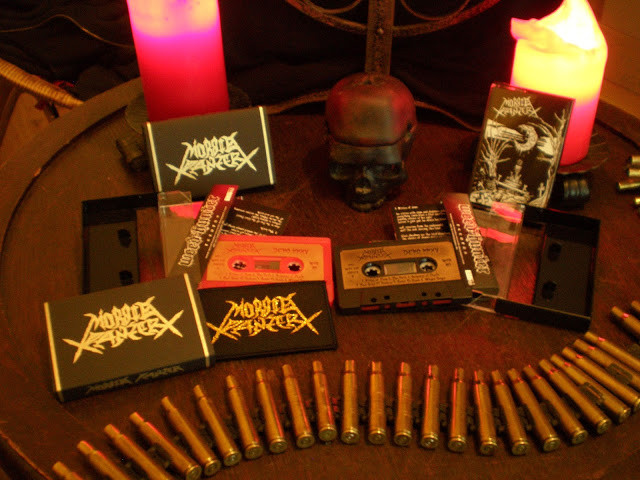 I chose the final destination in this MISCELLANY expedition thanks to a tip from Professor D. Grover the XIIIth, whose recommendation was accompanied by the words, “Fenriz has spoken” — and indeed he has, featuring the demo on his Band of the Week Facebook page a few days ago.

Morbid Panzer are based in Berlin, and their six-song demo was released in March of this year, on tape via Weed Hunter Records and as a “name your price” download on Bandcamp. As a test, I first listened to the demo’s final track (“Wizard Hunger”), which is the one that’s queued up for streaming when you get to the Bandcamp page. It was huge contrast with that Church song I had just heard — a racing bit of blackened thrash and punk, with a no-frills, garage-band sound that came across treble-shifted in comparison to Church’s cataclysmic doom. The vocal snarls are rancid and vicious, and the vocalist uses a technique I decided was pretty cool, in which he elevates his voice by an octave or two into a piercing wail (echoing like crazy, of course), with no warning.

And yeah, I cheated again and stayed with the music as it shifted from the last song to the first one, “Strikes of Doom”, which I also liked.  The music’s got such primal, old-school spirit and energy that it’s hard to resist, and the riffs are damned catchy, too.