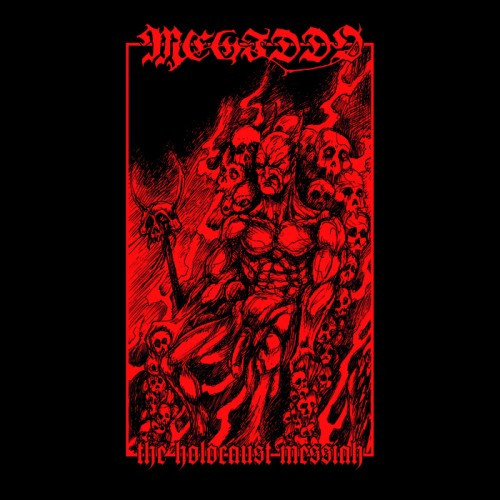 For those of you who happened to come across a review I wrote of the new album by Toronto’s Megiddo in mid-June, I have to apologize — because I later discovered that what I wrote about The Holocaust Messiah was not based on the complete version of the album. I based it instead on what was then available for streaming on Bandcamp, and that stream did not include the Intro and Outro tracks, nor did it include the title song — which may be the strongest track on the album. After making that discovery, I ordered the CD version of the album from Barbarian Wrath, and now I’ve heard it as it was meant to be heard, in its entirety. So, allow me to begin again….

Roughly 13 years have passed since Megiddo last put out an album, and aside from a trio of splits in 2003, I don’t think there’s been any new music from the band at all since then — until Barbarian Wrath released The Holocaust Messiah this month. It consists of seven tracks, plus an intro and outro — and it’s a gem. 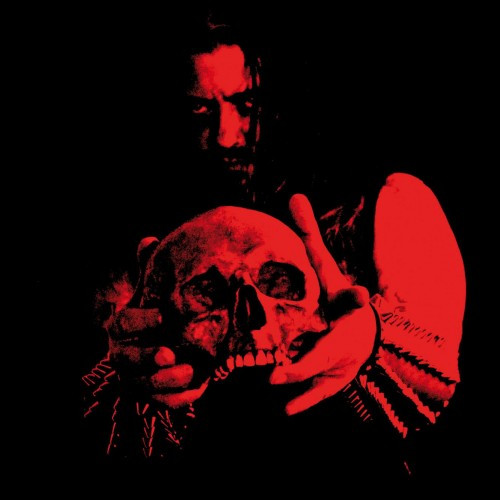 At a time when huge swaths of the current metal landscape are littered with bands who seem to be in a competition for how many notes and beats can be ejected per minute, or who prize intricacy and experimentalism above all else, The Holocaust Messiah is refreshing in its relative simplicity. There is a kind of unpretentious purity about the songs, almost all of which are fairly short and structured around just one or two riffs (plus some well-timed variations on the themes) that are driven home through repetition. The drum patterns and bass rhythms are equally uncomplicated, and the recorded music was produced in a way that makes it sound organic and free of studio trickery.

In place of instrumental pyrotechnics, what the album delivers is an array of riffs and lead guitar melodies that are so ingeniously crafted and so damned catchy that this music proves to be as highly addictive as it is primal in its appeal. It’s a real throw-back style of black metal, too, reminiscent of early Bathory, with soloing that brings to mind Black Sabbath, some Motörhead and Amebix DNA in the musical genome, and a nod to the early releases of Razor as well (a venerable band I’m only now beginning to discover after their appearance at this year’s edition of Maryland Deathfest).

I usually avoid dropping the names of other bands in reviews I write because I worry that it will make the music sound reductive — or that no one else will hear what I’m hearing! I’ve done it in this case just to try to capture the classic, elemental spirit of the music, and the sense of variety that comes through in the songs as you move through the album.

And as you move through the album, you discover a method in the way the songs are arranged. Putting to one side for the moment the Intro and Outro tracks, the two most atmospheric songs on the album — “Tombs” and “The Holocaust Messiah” —  come first and last, separated by a couple of fast slashers and three more-or-less mid-paced songs.

Each of those two more atmospheric songs is also roughly twice as long as all the other tracks on the album. Following an intro that builds from near-silence to three ominous, groaning horn blasts, “Tombs” unfolds as a slow, bleak piece of music that proves to be quite hypnotic. It creates a sense of desolation and crawling despair, the measured drumbeats lending the music an air of ritual, the guitar chords ringing out like distorted funeral bells at the brink of doom, and the finishing solo puts a dramatic and soulful accent on this striking piece of death worship.

That’s followed by “Onslaught Eternal”, which, true to its name, is a blood-pumping onslaught, built from fast, slashing, thrash-and-black-metal riffs and blasting drums, segmented by heavy-grooved hammer blows and with a magnetic lead guitar motif that will really get stuck in your head. It’s an infernal jolt of red-zone energy that contrasts sharply with how the album begins (and it’s already a candidate for our list of the year’s “Most Infectious Extreme Metal Songs”).

The next two songs, “Fourth Seal” and “Spawn of Abel”, back down on the speed with mid-paced tempos. The former includes some classic heavy metal riffing, and it’s another candidate for that list mentioned above (it’s also one of the songs I had in mind in making that reference to Amebix). The latter brought to mind a kinship with Bathory songs like “Raise the Dead” or “In Nomine Satanas”. 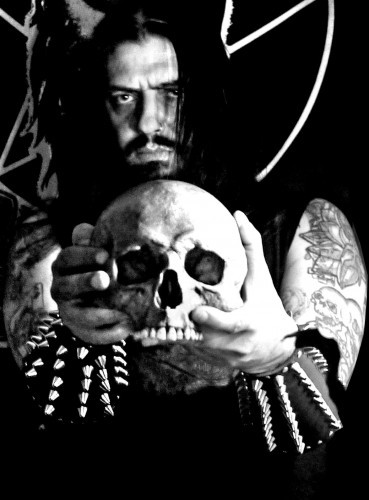 “Walpurgisnacht” turns up the energy dial again, thrashier than its two predecessors and dripping with venom, but like everything else on the album, it has a core melodic hook that proves to be highly infectious.

You get a high-speed combo of punk, thrash, and black metal in the first part of the penultimate song “Thrall” — it really fuckin’ rips, exploding in a blast of feral, blood-pumping savagery. But the song then switches gears, transitioning to a slower tempo with yet another repeating riff that hammers itself into your head like the driving of coffin nails.

Then comes that other long and more atmospheric bookend for the album, “The Holocaust Messiah”. The song proceeds with the pace and mood of a funeral procession, its slow repeating chords generating an aura of inescapable sorrow. As the song unfolds, a rippling lead guitar melody emerges that adds texture to this sombre dirge, and you also get a soulful guitar solo that’s somehow both beautiful and utterly dismal. A really powerful track, and a fitting end to the album… almost.

All that’s left is the outro track — a spoken text based on a passage from Angels by Peter Lamborn Wilson.

There’s one more facet of the album I haven’t yet mentioned: As icing on the cake of all this instrumental and song-writing ingenuity, Megiddo’s solo practitioner of the primal black arts shrieks and growls his blasphemous tirades in a harsh, ugly, abrasive voice — you can make out the words pretty well, but they sound like they’re being uttered by an enraged beast, spitting bile.

In a nutshell, I’m thoroughly hooked on this album, which has grown on me to the point where it’s become one of my favorites of 2015. The man behind Megiddo has a knack for crafting songs that take no time at all to dig their claws into your skin, and then are very hard to dislodge. But the music is so much infernal fun, why would you want to?

You can order The Holocaust Messiah on CD via the Bandcamp page of Germany’s Barbarian Wrath — but Barbarian Wrath recommends that the CD instead be ordered from Witches Brew (here) (“her packing is far superior and much faster than mine”). Only a few of the songs are currently available for streaming on Bandcamp, but I’ve included those below so that you don’t have to completely take my word for how good this is.

10 Responses to “MEGIDDO: “THE HOLOCAUST MESSIAH””