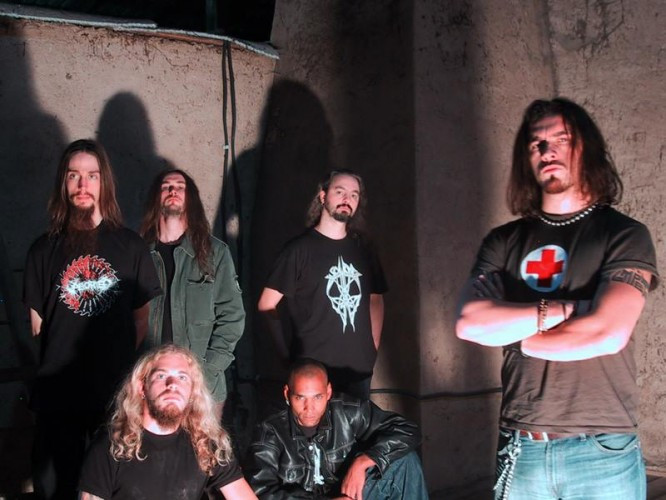 (In this new edition of The Synn Report, Andy Synn reviews the discography of Scarve.)

Existing somewhere in the irradiated wasteland between Death and Thrash, the strong hints of Meshuggah-esque futurism and Fear Factory-style mechanised rhythms have, at varying stages of their career, seen the group lumbered with awkward references to “Cyber-Metal” and “Industrial Death Metal”, neither of which seem to accurately capture the band’s overall sound and style.

Still, we’re not here to bandy genre terms and stylistic tags, we’re here to experience some damn good Metal! So, without further ado, click onwards and feast your ears on the blisteringly technical, ferociously aggressive, and enigmatically progressive Cyber-Metal assault of Scarve…

Dammit, I said it didn’t I? 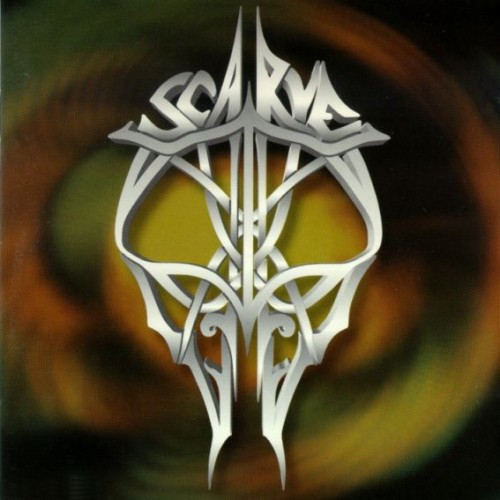 I have to be honest with you though, the band’s debut album, Translucence, is a little primitive in parts, and in hindsight suffers quite a bit when compared to the albums which follow it.

The aggression is certainly there – frantic opener “Nervecurrent 9” makes this immediately apparent – but the various parts that make up the whole aren’t always blended together as seamlessly as they need to be, and occasionally the band clearly aim for one thing but don’t quite yet have the tools and wherewithal to pull it all together.

Case in point, “Your Solid Waters” is an awkward mix of pseudo-Death Metal ugliness and off-putting Nu-Metal melody – although follow-up “Heaven-Sent” fares a bit better, its low-down and dirty guitar-led grooves and strange, unconventional solo work helping balance out the song’s occasional drift into well-worn Industrial/Nu-Metal territory, as does“The Seed Unsown”, which clearly hints at the powerhouse they’d become with its belligerent robo-thrash riffs and sudden eruptions of blasting chaff and chatter.

“A New Dawn” shows a lot of promise during its more atmospheric parts, although it also has a few cringe-worthy moments (particularly vocally), while “Freaqualized”, terrible title aside, actually does a good job of melding a Slipknot-esque churn and burn with explosions of straight-up Death Metal aggravation and a Living Sacrifice-esque delivery of heaving, percussive groove.

Unfortunately the Fear Factory-lite of “Luminiferous” is a little too derivative for my tastes, and I find myself drifting off into snooze-land during its overly drawn-out finale.

The amusingly titled “Flesh Plunge” is an odd little number, albeit one that works surprisingly well, with hints of… dare I say… Soundgarden?… flickering in and out of its groovesome cybernetic crunch, and it’s followed by the far more ferocious “Sunken Sin – King”, one of the album’s clear stand-outs, which is heavier, tighter, and better put together than a good 75% of the rest of the record.

The album closes (ignoring the seemingly de rigeur cover track, a solidly metallic rendition of Led Zeppelin’s “Friends”) with the more atmospherically-inclined “Translucence”, which actually goes a fair way towards offering a nicely contrasting climax to the record, with its unusually dissonant pseudo-melodies and brooding, digitised Death Metal chord progressions.

So, yes, ultimately it’s not a great album, but it does possess a solid brace of songs (particularly “The Seed Unsown”, “Freaqalized”, and “Sunken Sin – King”) that hint at the band’s future potential. 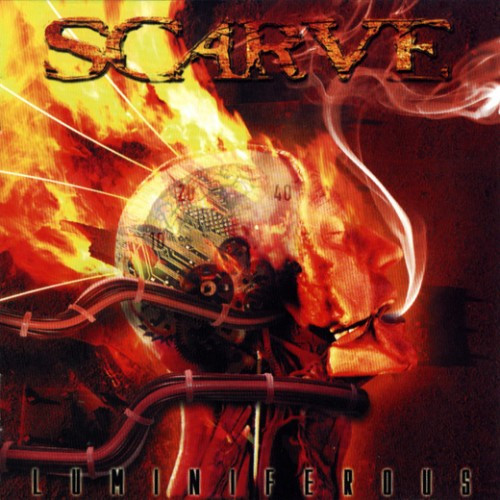 It’s amazing what a difference three years can make, as the band’s second album showcases a drastically improved sound and songwriting style, almost to the extent of it sounding like an entirely new band (possibly due to both bassist Phillippe Elter and previous co-frontman Alain Germonville exiting the fold).

The whole thing kicks off with the uber-aggressive onslaught of “Emulate the Soul”, Verbeuen’s Gatling-cannon drum work laying down strafing runs of punishing percussion beneath a torrent of down-tuned, depth-charge riffage and crackling, caustic vocals.

“Alteration” has a jerky, dissonant bounce and blast to it, snapping your neck with its unconventional rhythmic attack, the vocals weaving in touches of subliminal melody as the track builds towards its pulsing, atmospheric conclusion. It’s followed by “Crustscraper” — a singularly strange track that melds haunting post-human ambience with an off-time cyborg stomp and an undercurrent of deceptive technicality — and the churning metallic maelstrom of “Capsized”, a track  somehow simultaneously atmospherically dense and brutally intense in its perfectly proportioned Death Metal heaviness.

The fact that the group’s overall sound is brilliantly multi-layered and complex should be immediately obvious by now to even the most jaded listener. It’s the reason why a track like the feverishly frantic “The Resonating Circle” – all mind-bending blastbeats and riffs heavier than dark matter – can conceal a phantom undercurrent of glimmering, post-hypnotic melody, and why the churning death-gasm of “The Path to Apoptosis” can sit comfortably next to the eerie, trans-dimensional melodies and raw-throated fury of “Futile Resilient”.

Following the slightly underwhelming “Infertile Ways” and the wholly unremarkable interlude of “The Day After”, pneumatic closer “Blackloader” (re-worked and re-recorded from their debut EP) brings the album back to its best. Its pounding, piston-powered riffs, vertebrae-fracturing growls, and precisely measured dosage of enigmatic clean-sung melody – coupled with Verbeuren’s inhuman, multi-limbed assault on the kit – bring the album to a close on a massive high note. 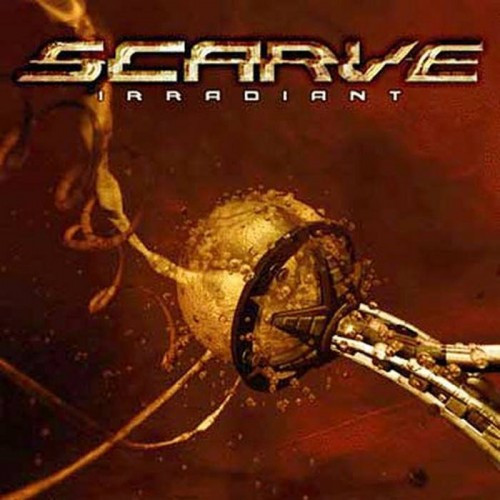 As good as the previous album was, it’s possible to argue that it was with Irradiant that the band really hit their stride (although there’s not much in it – the previous album was certainly a rawer affair, while this one stretches the more progressive side of the band a little more – with both remaining heavier than a really heavy thing).

The cutting-edge aggression of opener “Mirthless Perspectives” hits hard and takes no prisoners, its cybernetically-enhanced Death/Thrash hybrid riffs and Verbeuren’s hunter-killer drum work providing a positively lethal backdrop for co-vocalists Pierrick Valence and Gillaume Bideau to work their merciless vocal magic over. Oh, and it has an absolutely scorching solo, too.

It’s followed by the morbid mutant Death Metal onslaught of “An Emptier Void” — which immediately raises the heaviness by several notches whilst also finding room for a brilliantly proggy, artfully atmospheric bridge section – and the hyper-velocity mega-Thrash of “Irradiant”, which gives more than a few nods towards Darkane with its deft mix of razor-edged technical riff-work and lucid, disembodied melodies.

“Asphyxiate” knowingly nods towards Meshuggah (fittingly so, as it also features a guest solo by Fredrik Thordendal himself), with its colossal polyrhythmic stomp and spit-fire drum work. But rather than simply copy and paste directly from the masters, it repurposes the Swedes’ inhuman grooves as yet another part of the band’s own particular brand of thrashy, blast-enhanced future-metal.

Similarly, after its deceptively calm introduction, “HyperConscience” never seeks to hide how much it’s influenced by Strapping Young Lad, delivering an absolutely devastating barrage of warped, post-Thrash insanity and hammering rhythmic hooks that pays tribute to the Canadian aliens, but does so without ever being derivative of them.

“The Perfect Disaster” starts off as a haunting procession of ringing chords and slow-burning pseudo-melodies before transmogrifying into a lurching, groove-laden monster of massive riffs and cyanide-laced lead guitar harmonies, while “Molten Scars” is 2:45 of merciless blastbeats, throat-ripping vocals, and violently intense, virulently infectious guitar-driven heaviness.

The album ends with its longest and most knowingly progressive tracks, “Fireproven” and “Boiling Calm”. The former is a masterful display of rippling, mutagenic rhythms, strobing snare blasts, and stomping aggression, cleverly broken up by moments of chilling, spectral calm, while the latter is a seamless study in clever, contradictory song-writing, playing off its nuclear-powered grooves against stuttering thrash-tinged riffs, brutal explosions of Death Metal shrapnel, and moments of gamma-irradiated melody, in a manner entirely unpredictable and utterly irresistible. 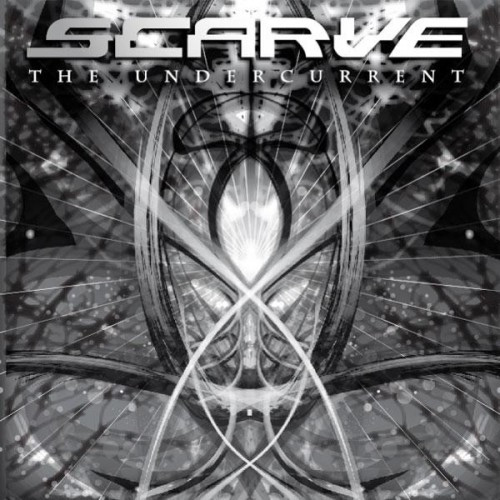 The band’s fourth album saw them undergo another line-up shift, with Guillaume Bideau departing to join Danish cybernauts Mnemic and ex-Darkane vocalist Lawrence Mackory stepping in to fill his shoes. Thankfully, the core writing team remained unchanged and, although it dials back some of the more visceral Death Metal of the previous two albums in favour of a more angular Tech-Thrash approach similar to Mackory’s previous band, by and large The Undercurrent continues to showcase the band’s ability to marry crushing, mechanised intensity and calculated complexity in a truly unique and distinctive manner.

“Endangered” initially seems like an oddly-paced choice for an opener, with its disjointed, stop-start beginning (loosely threaded together by Verbeuren’s staccato snare line) and clanking, semi-industrial riff-work, but it soon opens up into something far more driven and energetic, moving through several different stylistic shifts as it progresses, underlining the “Progressive” part of the band’s particular brand of “Progressive Death Metal” with aplomb.

Things really pick up with the hypersonic thrash attack of “Imperceptible Armageddon” — the twin vocals of Pierrick Valence and Lawrence Mackory absolutely dominating the proceedings with a mix of glass-chewing fury and gritty melodic power, leading swiftly into the controlled chaos of “Senseless”, which also features some fantastic vocal interplay and a surprising array of keenly sharpened hooks.

Things take a darker turn with the lurching, adamantine riffage and tortured vocals of “The Plundered”. Less frenzied, but no less heavy, than its predecessors, it takes ample advantage of its 06:23 run-time to coil and contort itself through a whole host of different sonic twists and turns, all tied together by a series of creeping, coldly malevolent lead guitar melodies.

“Assuming Self” mixes and matches scathing blast-laden fury, neck-cranking riffage, and eerie, atonal melody, before transitioning into the jerky, piston-pounding attack of “Fathomless Descent” and the far more progressive and introspective “A Few Scraps of Memories”, which switches from a gloomy procession of strange, off-kilter ambience to a freakishly aggressive torrent of nerve-scraping tremolo and churning, groaning Death Metal chuggery – and back again – in the course of just under six minutes.

The album concludes (barring an updated run-through of “Alteration” from Luminiferous – available on the special edition of the album) with the prog-tinged power of mammoth finale “Rebirth”, a track that melds spindly, mechanised grooves, complex, insectoid drum work, militantly-precise riffage, and unsettling kaleidoscopic lead melodies with a series of measured, precisely placed vocals that trade-off between a gnarly, granite-infused, snarl and a tense, almost strangled croon.