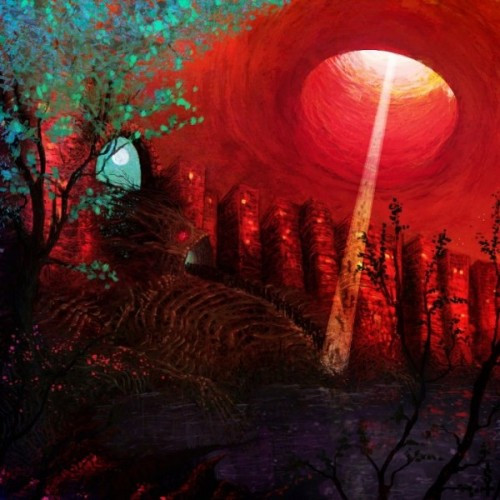 (Andy Synn wrote this opinion piece about the tendency of some people to make excuses for mediocre or terrible bands in the face of criticism. We gave up making excuses for Andy long ago.)

A wise man once said:

“It is better to offer no excuse than a bad one.”

“Excuses are like assholes… I don’t want to hear yours, and it’s not special.”

Ok, so maybe that second one is slightly less well known, but still…

Before we go any further, let me stress one thing – this column is not directed at anyone in particular. If I have an issue with someone, if I disagree with you (and if it’s appropriate to do so) I’ll address you personally. I have no problem with talking to people directly. This may be the internet after all, home to some of the rankest trolls and gibbolds of mankind, but that doesn’t mean that you and I, whoever you are, shouldn’t be able to have a reasonable discussion/disagreement online.

I’ll come back to this point ever so slightly later on, but for now…

The genesis of this piece was spurred on by a general observation of just how far people are willing to bend and contort themselves to excuse the bands they like from criticism or censure, or to make excuses for their own tastes. Now, while there’s a WHOLE other column that could be written on the topic of people being criticised and chastised for their own personal tastes, I’d rather focus on the topic of making excuses for a band/album. After all, we all do it. Even me (please, try to contain your shock).

One thing I’ve observed (and I don’t doubt you have too) is how often people will make excuses for a band they enjoy, without really considering what they’re saying.

Which isn’t exactly a ringing endorsement now, is it?

So why bother in the first place?

Surely it’s better to ALWAYS listen to something that’s actually… you know… good? Even if you’re not paying that much attention to it, or have had maybe one too many intoxicants, surely it’d be better to have something that’s objectively (loaded word there, I know) GOOD on at the same time? You’re far more likely to subconsciously appreciate that than you are something you essentially admit you wouldn’t listen to out of choice… right?

So why waste your time with something that you feel the need to qualify or make excuses for?

But I do understand the urge to make excuses for bands that you love, I really do.

Oh, there’s an element of saving face to it, sure. Maybe a sense that you need to justify your choices in the face of what can seem like an increasingly hostile and judgemental world. But often there’s also an honest willingness to give a band you like the benefit of the doubt, and maybe even a sliver of just wanting other people to also like them in the same way you do.

You want them to be appreciated.

You want them to be given a chance.

Hell, I’ve done it myself. I probably still do it in fact. I can definitely look back at certain bands/albums and realise that maybe I was a tad generous or made a few too many concessions or excuses for them because I WANTED to like them, in a manner that didn’t (or doesn’t) accurately reflect how good they are.

I’m not however – repeat NOT – stating that all the music you listen to has to be Progressive Rock Opera about the perils and pitfalls of implementing a progressive tax code, or that only music that self-identifies as “high art” (although, isn’t all music “art”?) is worth your time.

I’m not even saying that whatever you choose to listen to has to be CLEVER… I’m just stating that you owe it to yourselves to at least listen to something GOOD.

You want an example? Well – CONTROVERSY ALERT – you know what’s a really good, not-at-all-clever, but really well-put-together album that doesn’t require any excuses? Significant Other by Limp Bizkit.

No, it’s NOT exactly as creative or ambitious as Still Life or Master of Puppets or The Destroyers of All, but it’s not trying to be. It’s just very good at being what it is, and it makes no claims or pretensions to being more than that.

Albums like that… you shouldn’t need to be ashamed of enjoying them. You don’t need to make excuses for them. You just enjoy them for what they are.

The problem comes when people start trying to justify them with all sorts of lame excuses.

Now, before we get too deep into the hippy-dippy, live-and-let-live communal hot tub, let me stress this – I genuinely do think some bands, and some albums, are… well… crappy. Inexcusably so.

And, although you might enjoy them, I’m hoping that some of you agree with me.

Still, I have observed an odd trend where even the mildest criticism of a band/album/song leads to a major backlash – prompted, I am sure, by a general dissatisfaction with the echoing wind-tunnel of negativity that the internet so often appears to be — to the extent of seeming to stifle all criticism or discussion.

There’s another famous phrase, “if you can’t say something nice, don’t say anything at all”, that’s often applied here… but that’s actually a phrase that doesn’t really sit right with me, at least in this context.

To my mind that sort of attitude is what leads to homogeneity — of opinions, of sounds, of voices… it’s the sort of thinking that throws the baby out with the bathwater, removing all the benefits of criticism (at least, when it’s constructive) in favour of a blandly patronising approach that ultimately sets everything on the same level, without any sort of discrimination or selection.

You know where I was saying that I’m not insisting that every album you listen to be a 3-track, 2-hour-long, progressive symphony? Well I’m also NOT saying that all albums are equal, and that you should be able to listen to anything and everything without criticism or comment. Nope. I’m afraid not.

Sure, it’s your opinion, and your musical taste – but other people ARE free to question it. That’s just the way things work. If you can defend it, all the better.

BUT – if you’re self-aware enough to listen to something that you KNOW generally isn’t considered particularly great… or even if you’re listening to something and you KNOW it’s not all that good… then surely you should be prepared for other people to call you out on that?

But the best part is – and here’s the kicker – if that’s the case, all you need to say is “I just like it”. That’s all. You don’t need to amp up the hyperbole to justify it. As a matter of fact, it’s often ok to acknowledge that it might not be that good overall, despite how much you like it.

Just don’t piss on my neck and tell me it’s raining, ok?

20 Responses to “NO MORE EXCUSES”