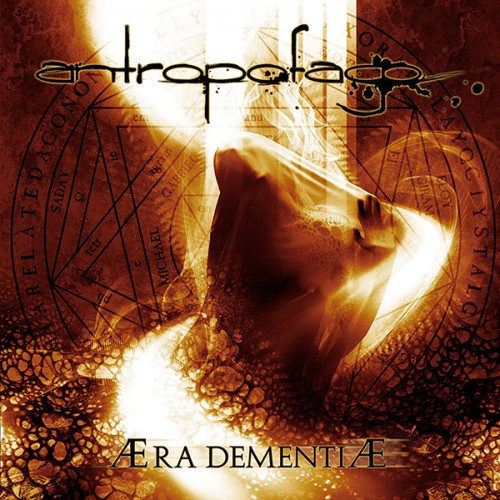 On August 14 Kaotoxin Records will release Æra Dementiæ, the second album by the French beasts who masquerade as humans in Antropofago, and today we’re helping spread the carnage through our premiere of a track from the album named “Helter Skelter“.

This new song vividly manifests three of Antropofago’s signal qualities: It’s brutal as hell; it’s technically impressive; and it will get its meat hooks in your fleshy parts (or to use more boring language, it’s catchy as well as scathing). 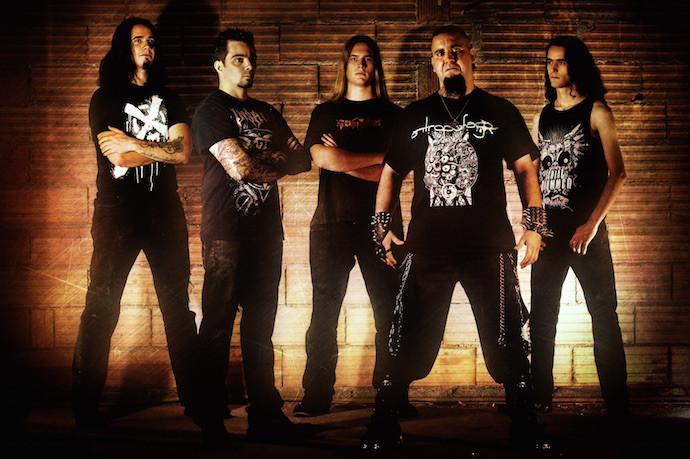 Apart from the fact that the everyone in the band is flying fast as blazes on this song, veering left, right, up, and down like raptors after a flock of swallows, they pause long enough in their pursuit to hit some pile-driving grooves. Not to be outdone by his bandmates, Melmoth the Wanderer barks his vocals at an equally impressive rate of speed and with an equal dedication to death metal savagery. All together, the band supercharge this track with a big load of destructive energy.

Æra Dementiæ will be available for pre-order from Kaotoxin on July 13 in a limited edition double digit-sleeve CD — which will include six bonus tracks. The album’s artwork was created by Mythrid Art (Kronos, Recueil Morbide) and the album includes a guest solo by Nicolas Alberny of Gorod, as well as guest vocals by, among others, label-mates Laurent Chambe (Nephren-Ka), Aara (ex-Savage Annihilation), and Benoit Jean (ex-Insain).

One Response to “AN NCS PREMIERE: ANTROPOFAGO — “HELTER SKELTER””