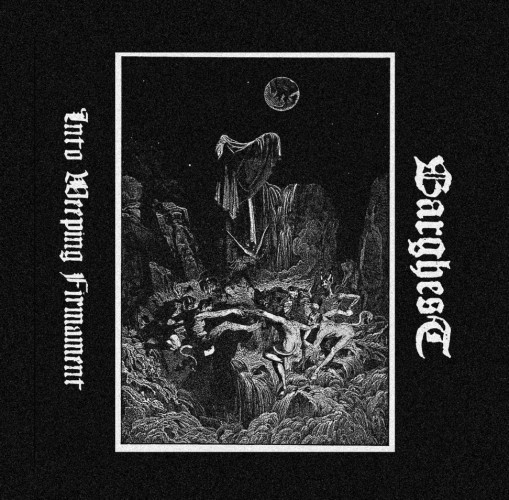 Into Weeping Firmament, the new EP by Barghest from Baton Rouge, Louisiana, is simply overpowering. From the obliterating drum assault in the opening seconds of the first song it seizes the listener’s throat in an iron grip and never lets go. All sorts of other metaphors come to mind — and I’ll probably use all of them — but what they have in common is the sense of being caught up by some force of nature that you’re far too small and frail to withstand — or to resist. But even though the music strikes with the force of a hurricane, there’s more to it than simply shock and awe — as I’ll explain after a digression.

We live in an age when black metal has become a diffuse genre of music. There are certainly fans and musicians who believe that black metal must be defined by the specific spiritual beliefs that inspire it and by the communion (or chaos) that it must help bring about: If it is not a genuine means of practicing Luciferian and Promethean ideals, then it does not merit the name — it is instead some kind of fraudulent posturing.

But many more people don’t embrace (or perhaps don’t understand) such rigid criteria. Instead, they define black metal by the presence of certain specific musical elements and/or by a certain emotional resonance that those ingredients produce. So many bands have borrowed those aspects of the sound (or some of them) and joined them together with other musical styles that “black metal” (or “blackened metal”), as I think most people understand the terms, has evolved into perhaps the most diverse and multi-faceted of all the genres of extreme metal. What accounts for this phenomenon? 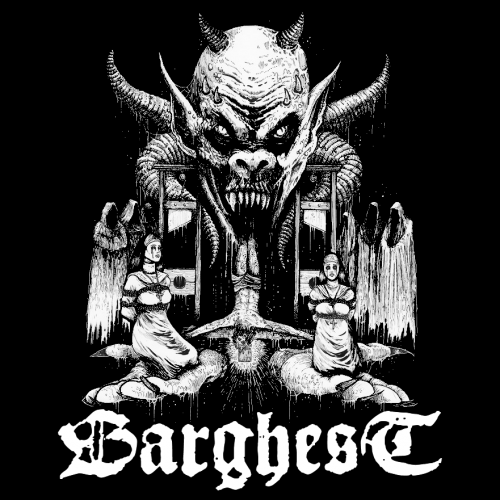 Putting to one side the Luciferian purists (without meaning to dismiss them), my own sense is that many musicians who play black metal or incorporate elements of it into their music are drawn to its ferocity — the feeling of fury and chaos (or simply reptilian threat) generated by whirring tremolo chords, blasting drums, and acidic shrieks. You combine those elements with other musical styles, and you can create contrasts, or simply give a song an aura of extremity that it might otherwise lack. And I think that explains at least some, if not most, of the reasons why so many current bands are “blackening” their sound.

On the other hand, there are bands who embrace that ferocity as the core of their sound — their music isn’t “blackened”, it’s just black. Their challenge, if they want to stand out from the great mass of groups who are still riding the “second wave” of black metal, is something like the opposite of the “blackening” process used by other bands whose music is more on the outskirts of traditional black metal. They have to find a way of adding ingredients, or at least making subtle changes in the expected template.

On Into Weeping Firmament, Barghest wholly embrace the core of ferocity in black metal. They have also added to the sound in a way that makes this EP a standout in the genre.

Among other things, they’ve made the music even more hellish, heavily distorting the music and making the grinding low end of the sound tremendously powerful, so that the songs sound like they were recorded in a cyclone — during an earthquake.

When the riffs aren’t swarming or galloping, they moan and growl like some subterranean leviathan. That huge, distorted, groaning sound is an an almost ever-present backdrop in the songs, and it amplifies the music’s aura of cataclysmic doom even when the band are slashing ahead in a full-on rampage. And the vocalist’s caustic howls and abrasive growls further enhance the music’s vicious ugliness.

Barghest do rampaging very well, but that’s not all they do. In the first track on the EP, “Application of Malthusian Principle”, they surrender fully to the sludgy, doom-y undercurrents in the music by alternating the swarming, cyclonic parts of the song with segments of dismal, dragging crawls that are truly monstrous in their impact.

And the drum rhythms in the songs are quite variable — there are backbeats and punk rhythms and hell-train rumbles in the music as well as frenzied blastfests. I also need to mention the huge, booming bass chords that appear in the more furious parts of the opening track — certainly not standard fare for black metal, but highly effective.

Barghest also thread these songs with eerie, trilling lead-guitar melodies that pierce through the torrent of sound in ways that make the songs even more electrifying… and memorable. My favorite is the riff in “Neo-Promethean”, which helps make the song really infectious, as well as really eviscerating.

In a nutshell, this is an excellent EP, one that really does stand out from the pack.

The EP was self released via Bandcamp on July 3. Physical copies will be available on CD directly from the band starting on July 15th.

Barghest will also soon be embarking on a summer tour. The dates are in the flyer below the music player, and I’ve also included a list with the venues that have been nailed down to date.

5 Responses to “BARGHEST: “INTO WEEPING FIRMAMENT” — A REVIEW (AND BARGHEST TOUR NEWS)”