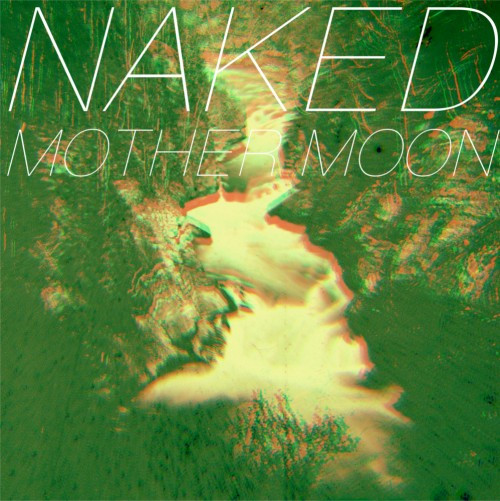 Two young Baltimore bands, Naked and Mother Moon, have joined together on a new split recording — Naked // Moon — that will be released by Feeble Mind Records on July 30, and today we bring you a full stream of the split.

Naked is the solo project of 20 year old Carl Smith, and Naked // Moon marks his third split release. The two songs from Naked, “Die // Slow” and “Weep”, were performed with only guitar and voice.

“Die // Slow” is a dreamlike mirage of reverberating guitar and deep looping chords that pulsate and warble as Smith’s voice rises and falls like a moonlit tide. The shimmering, atmospheric song succeeds in casting a spell that’s both sorrowful and sublime. 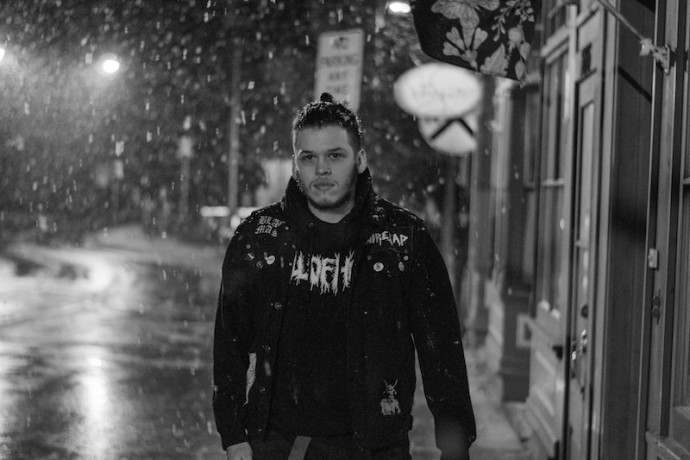 The sound of thunder begins “Weep”, and you can almost feel the drifting cascade of rain as Smith’s slow strumming blends with the ambient shimmer and drone of the looping chords beneath and around it. His echoing voice wails and dives like a phantasm as the low grinding of feedback swells into a grim and palpable presence. “Weep” is in some ways just as entrancing as the first track, but also more disturbing. 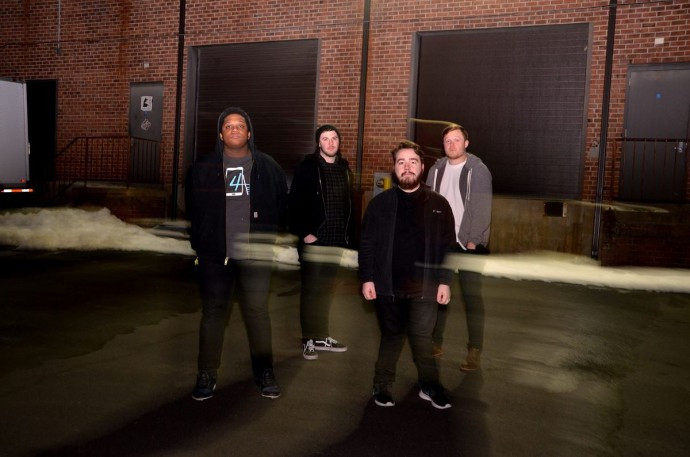 Naked // Moon is the second release of Mother Moon, a four-piece group that was founded in 2014 and whose oldest member is now only 21. Mother Moon recorded two tracks for the album, “Parts of Me” and “Pieces of You”.

“Parts of Me” is in some ways a kindred spirit with the two Naked tracks, with reverberating chords and the vocalist’s high, clear voice carrying the melody. But the song also rocks and rumbles with a granite-heavy bass sound anchoring the rhythms, and eventually those reverberating guitar notes are replaced by big, groaning, sludgy riffs, and the vocals turn caustic and angry.

“Pieces of You” picks up where “Parts of Me” leaves off, with those huge rumbling riffs and an infectious drum beat driving the music ahead, and with the vocals alternating between clean, sombre tones, arcing cries, and abrasive hardcore-style shrieks. Ultimately, the bass and drum begin to pound in sync, like a giant mallet splintering concrete, as the guitars swarm in a display of psychoactive dissonance before the music tails off in a disorienting finale.

This split isn’t our normal extreme metal fare, and of course it’s an exception to our rule about singing, but the more I listened to these four tracks, the more they grew on me. They blend together contrasting sensations, both ephemeral and crushing, with an overarching air of melancholy, anguish, and anger that makes the music emotionally affecting.

Naked // Moon can be pre-ordered now at the Feeble Minds online store (here) or via the two bands’ Bandcamp pages, linked below.

Both bands will be performing a combined set at a release show for the album on August 7 in Frederick, Maryland, at Guidos. The bands will also be going on a tour together in support of the new release. The dates are as follows: