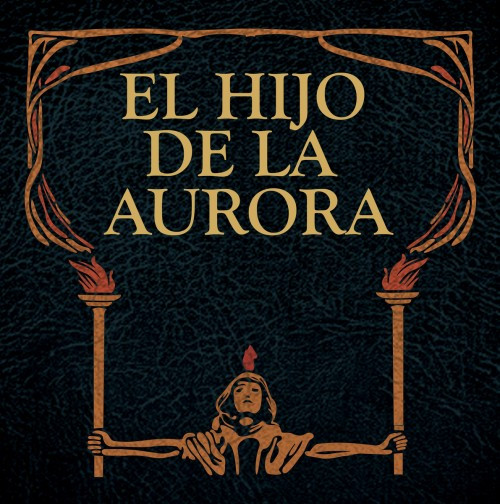 (Comrade Aleks decided to try his hand at round-up duty today, with new music from three bands to throw your way.)

It is Summer, it is time to relax, and this brief overview is an exception to NCS rules, because today I’d like to approach some new releases from the world-wide psychedelic scene. If you’re open for new melodies in a retro style, if you see bright colors as music speaks to you, and you have few minutes, then take a look here…

Here are brief overviews of three new albums by El Hijo De La Aurora and Matus (both bands are from Peru) and the Russian project The Grand Astoria.

El Hijo De La Aurora (Son of the Dawn) is an experimental psychedelic doom project which was created by Joaquin Cuadra after his departure from another Peruvian band playing in a similar direction – Don Juan Matus. Joaquin and his companions discovered the enigmas of both mortal and spiritual worlds throughout two full-length albums, Lemuria (2008) and Wicca: Spells, Magic and Witchcraft Through Ages (2010). It took almost five years to continue their researches on a third full-length record under the name The Enigma of Evil, which was released on CD by Minotauro Records.

This time all the songs were composed by Joaquin Cuadra and his mate Brayan Buckt, a member of the drone project Ayahuasca Dark Trip (Hey you, Brayan! Where’s new stuff from Ayahuasca?! Ha?!). The only constant member of El Hijo De La Aurora is still seignior Cuadra, but The Enigma of Evil really differs from the previous albums because of a new line-up of session musicians.

Vocal-lines on the first three tracks are performed by Jorge Cortes, who sings on those tracks with Spanish lyrics, and he has all the proper skills to keep the spirit of ’70s proto doom music. These first songs hold a good doom spirit, as the song “Kyrie Eleison” is the most dark and solemn among the others.

The next two songs (“The Awakening of Cosmos” and “The Advent of Ahriman”) are sung by Indrayudh Shome (the main dude behind the avant-garde psychedelic doom formation Queen Elephantine). His vocals are more relaxed, as both songs he presents have a meditative and hypnotic approach.

I need to say that El Hijo de la Aurora use a wide range of tools – from drums and guitars to Tibetan bowl, Hammond, moog, and throat singing. All the tracks are diverse, as if they were written for different singers, and the last song “Guard of the Two Thrones” demonstrates the third vocalist on this album – Ziko Franco Rockefeller. This song strongly reminds me of Canadian “eastern doom” duet Zaum, who released their first album Oracles just a year ago; by the way, this track is the most doomy one on this album!

Do El Hijo De La Aurora give any answer to the question of the Enigma of Evil? We did an interview with Joaquin Cuadra in the Spring of 2014, so I’d like to use a quote from it: “I don’t believe that when I wanna speak about evil, it must be related to a specific style of music. I could hear demonic messages in styles of music that children listen to today, on the bus, in the mall, anyplace. The evil, the real Evil, wants you not to believe in it.”

The evil wants you to do and think stupid things. Think about this: Today we feel emptier and lonelier and more cut off from each other than at any other time in human history. I think that instead of thinking about how we can conquer the evil, the goal must be “how we can transform the evil”. 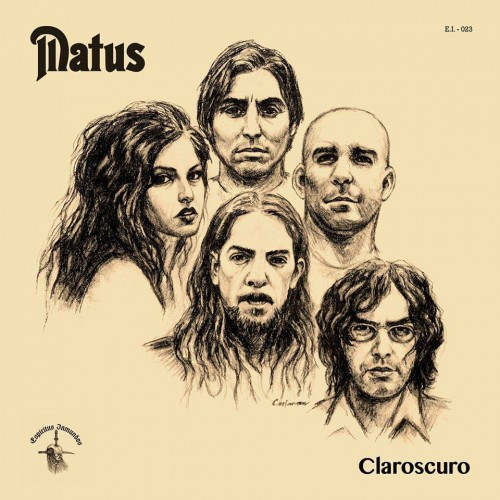 The Peruvian label Espiritus Inmundos will release the new album of Matus (ex-Don Juan Matus) on the 26th of July. The album’s name is Claroscuro and it is the fifth album in the band’s ten-year history. The band moves further from stoner/doom rock to retro avant-garde prog doom rock and really succeeds on the way.

Well, it’s a bit difficult for me to classify such music, and I believe that it isn’t necessary to label music with any names; I suppose that it’s easier to say that the new Matus have much less of “metal” and much more of rock now. Mostly it’s heavy, melodic and catchy rock with a kind of visionary atmosphere. This album leaves a feeling similar to one I had after listening to the previous Matus record Espejismos (“Mirages”) – it’s a kind of somnambulistic voyage through labyrinths of dreams and strange images produced by the human mind or inculcated from another world. When other bands sing about venerable lord Cthulhu, Matus have a song about the magic Kadath (“Mas Alla del Sol Poniente”) and it’s a more characteristic index that I can use to describe the band.

Do you need old ‘n’ good catchy doom rock hits with passionate vocal lines? Here you get the amazing songs “Umbral…” and “Mio es el Manana”. Want some dreamy acoustic tunes? Then you have the beautiful ballad “Firmamento”. If you search for retro hard rock stuff, then check the songs “Rompecorazones – Jenizaro” and “Hada Morgana”. Also, there are two specific interludes, “Crisalida” and “Bizarro Cabaret”, with female vocals and some hypnotic jazz rock arrangements.

Matus keep an attractive and mystically engrossing atmosphere from the first song to the last, and the only problem I have with this album is its length. Claroscuro is too brief from my point of view, and it’s the only problem for me here.

Richard Nossar (guitars) says: “We’ve been inspired by ’70s hard rock and psychedelic music from day one, so this is nothing new to us. In some ways, Claroscuro could be considered our straightforward rock album. The best way for us to perform our vision is freeing ourselves”. 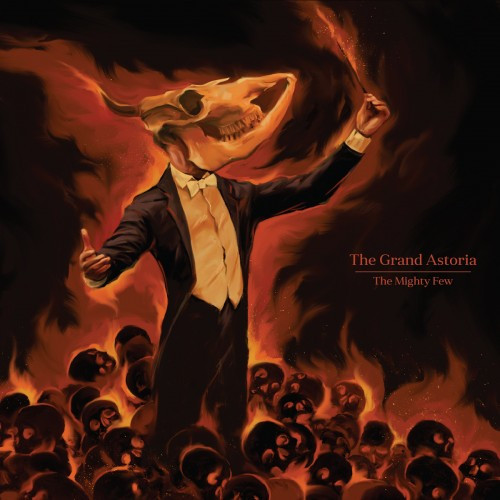 The Grand Astoria – The Mighty Few

It is strange and incomprehensible to me, but the most active, enthusiastic, and productive Russian psychedelic doom/rock project The Grand Astoria remains one of most underrated at the same time. The project has only one constant member — Kamille Sharapodinov, who has written, with different line-ups, six full-length albums and nine split-releases and EPs (yet the length of even one epic song from his split-album with Montenegro is about 30 minutes).

The Grand Astoria played about two hundreds gigs over six years in Europe and Russia, and each new album is still a challenge for listeners. The Grand Astoria’s music varies from doom to punk, from psychedelic rock to heavy metal, and from space rock to stoner. The new full-length album Mighty Few consists only of two songs. Both of them are massive and difficult in the broadest sense.

The Mighty Few was recorded in collaboration with a few session musicians, so you can hear Korg Monotron, flute, tambourine, Korg MS2000, Rhodes piano, Clavia Nord Stage, Steinway & Sons piano, clarinet, trumpet, and saxophone — besides the standard set of guitars, bass, drums, and percussion. I think that we can describe both tracks on Mighty Few as polyphonic psychedelic rock operas, though to tell you the truth I need to point out the important parts of stoner, prog-rock, and even jazz in this record.

“Curse of the Ninth” is a fantasy on the theme of a superstition connected with the history of classical music. In essence, it is the belief that a “ninth symphony” is destined to be a composer’s last; i.e., that the composer will be “fated” to die after writing it, or before completing a “tenth”.

“The Siege” is a reflection on a theme of Huxley’s Brave New World and the Trojan War. Musically, this song is the most varied you could hear in The Grand Astoria discography, as Kamille and his company skillfully combine in one solid (21-minute-long) track elements from most intellectual musical genres of the ’70s. It isn’t easy to listen to, but this album isn’t for a mass audience, so I couldn’t force you to sit down and listen to it ’til you drop. If you like old school doom music, insane progressive rock, and jazz experiments with a lot of influences and a free psychedelic approach, then you will get it.

Also pay attention to Mighty Few’s art-work. Its central figure is the band’s mascot Ugly Billy, a binding character on every The Grand Astoria release. Check The Grand Astoria’s Bandcamp to find more pictures of him.