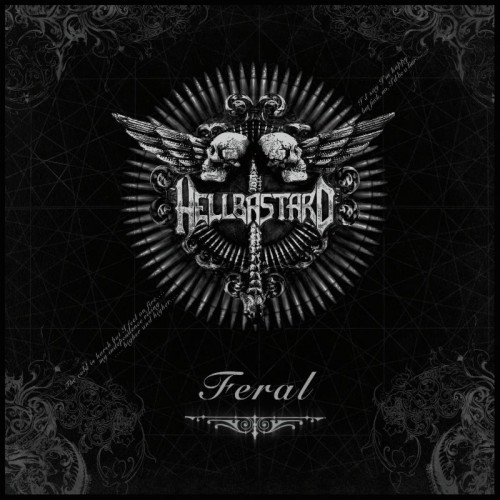 There is a slight Motörhead tinge to the vocals during opener “In Praise of Bast – Feral”, though they get really fucking cool around the chorus, when drenched in effects and set back into the mix. Otherwise, it gets off to a pretty thrashing start.

“Outsider of the Year” takes you back to that place in the ’80s where metal and punk met. The guitars and the drums fit tightly together to pack a dense punch into these riff. The lyrics are more punk and have a sharp sense of humor to them. What the vocals might lack in range they make up for in attitude. This album is well-produced and everything sits right where it needs to. This is right in line with some of the more on-the-fringe thrash that I listened to as a teenager. 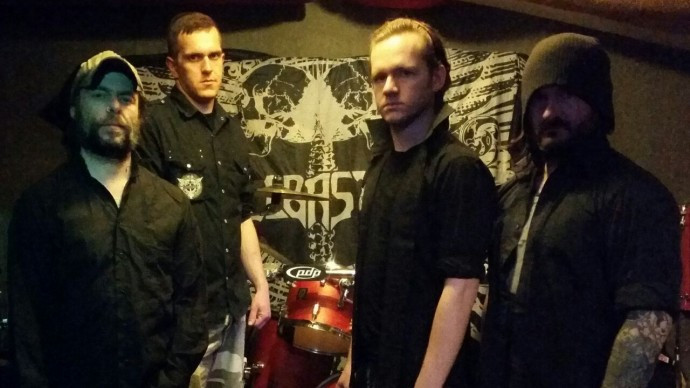 Things get more melodic on “We Are Coven”. The bass player begins to step out of the shadows on this song, and the guitar solos are well-placed. At eight minutes, the song finds its way into a taut groove. At about five minutes into this one, I realize how my tastes have changed since the teen years and I can hear where it might have gotten too stiff for me now — until they bust into a heavier riff. This song is as sampled as any industrial band, which is fine by me.

“Shame On Us” busts out thrash of a similar vein, and by this point the album is reminding me a little of Angkor Wat. They keep winning over my inner teenager with riffs so tough they can’t be denied. The riffs possess an attack not unlike some of S.O.D’s more focused work.

“And the Point of Your Being Is…?” put me at a place where I had to say, ok, you guys got the thrash thing down, what else can you do? So they let the bass drive the song more. They catch a more ’90s groove on “Wychcraft”. This song finds Rob Miller joining in. In the main vocal, he spits it out in almost a rap-like manner. They slow down on the chorus of “Social Hand Grenade” to give the song more dynamics — and they still continue to hold my attention and interest even with their straight-ahead riffing.

The melodic side continues to flourish on “4-Paws” (the song is about their dead cat), while “Engineering Human Consciousness” runs on convincing anger (but is the only song that feels a little like filler to me).”All Our Sorrows” is more of an outro than a stand-alone song.

This is a solid album. If you want some punk-infused thrash with melody and atmosphere around the edges, then this is the album for you — an album that you can pretty much leave playing if you are in a metal mood and it won’t get old. It might not be as perfect as say Master of Puppets or Among the Living, but it blows away the bulk of today’s less-inspired metal.

Feral is due for a July 17 release on Patac Records. It includes guest appearances by Rob “The Baron” Miller (Tau Cross, ex-Amebix), Andy “A. Droid” Wiggins (ex-Amebix), and Andy Sneap (ex-Sabat/Hell). “Outsider of the Year” is streaming here, and the official video for “We Are Coven” is below.