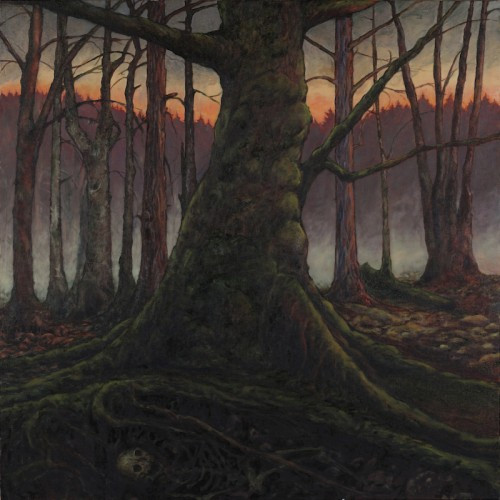 More than four years have passed since Alda’s release of their last album Tahoma. For those (like me) who greatly admired that album, it has been difficult to be patient while waiting for something new. At last, Alda have completed a new album. The name is Passage, it will be released by the end of this month via Bindrune/Eihwaz Recordings, and it’s wonderful.

For those of you are as impatient as I’ve been, you can skip straight to the bottom of this post and listen to our premiere of the album’s first track, “The Clearcut“. For those whose patience hasn’t been completely exhausted, you can first read the following thoughts about the album as a whole — or perhaps listen and then read.

I suppose it has become prosaic to say that an album is a journey, but Passage really is one. The long songs flow into each other almost seamlessly, and although the individual tracks can be heard and appreciated on their own, moving through the entire album in a single sitting is to be caught up and carried away (and sometimes to be carried deep into your own mind, as the music fires your imagination). You get the sense that there are stories in these songs, though the vocals are sparse and often wordless, and the narrative is one that’s dramatic and powerful. 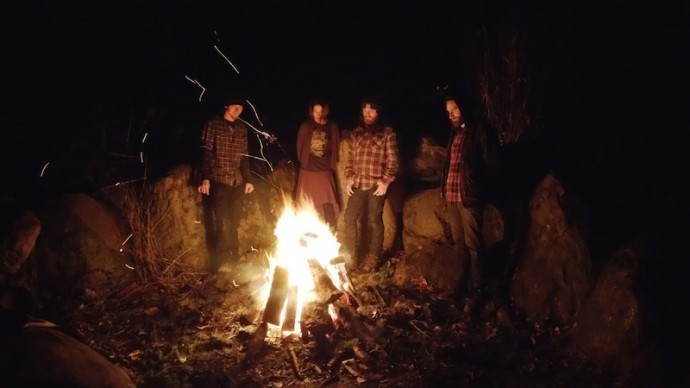 The intensity of the music ebbs and flows as the band move from haunting acoustic folk melodies with an overarching sense of melancholy to racing torrents of fiery black metal. “The Clearcut” exemplifies these transitions and contrasts within itself.

It begins with the sound of a slow, reverberating guitar melody and then moves to a duet of acoustic guitar and the deep tones of what sounds like a cello, with clean male and female vocals, together casting a mournful spell. But about four minutes in, the music explodes in a fury of blasting drums, crashing cymbals, grinding bass, and raking guitars. That somber opening melody is transformed into a heart-pounding anthem, and those clean vocal harmonies are replaced by abrasive, scathing howls.

This movement between sorrowful moodiness and dark, swelling storms of slashing power continues throughout the song, which also includes a truly memorable lead guitar melody. And that’s just the first track.

It’s a pattern that repeats itself throughout the album, as the band create moving partnerships between entrancing acoustic guitar and vocal harmonies and harrowing conflagrations of raking riffs and thundering percussion. At times the music is so bleak and so heavy as to feel like the agonies of tortured souls; at other times it sounds like outrage.

The largely instrumental acoustic track (and the album’s shortest song), “The Crooked Trail”, provides one of the few spaces where the music creates a lighter and more hopeful atmosphere, though even in this gorgeous song there’s a deeper, heavier undercurrent in the sound and a sense of wistfulness in the wordless female vocals.

Alda draw their inspiration from an affinity to the natural environment of the Cascade region, a place of great and ancient beauty, and a place where there are daily reminders of human desecration of its splendor. I can’t say I have any direct insight into the ideas that lie behind the specific music on this album, but as I hear it, it’s both an attempt to commemorate the wonders around us in this part of the country and a condemnation of heedless encroachment on what makes it special.

I could be wrong — and the music could lead your imagination in other directions. But wherever it may take you, the passion and power in Passage are undeniable and irresistible. It’s a deeply atmospheric, tremendously moving work and a great successor to Tahoma. I hope you’ll enjoy it a much as I have.

As noted, Passage is projected for release by the end of July via our friends at Bindrune/Eihwaz Recordings. The track list is as follows:

To learn when pre-orders become available, check these pages:

13 Responses to “ALDA: A PREMIERE OF “THE CLEARCUT” AND A REVIEW OF “PASSAGE””