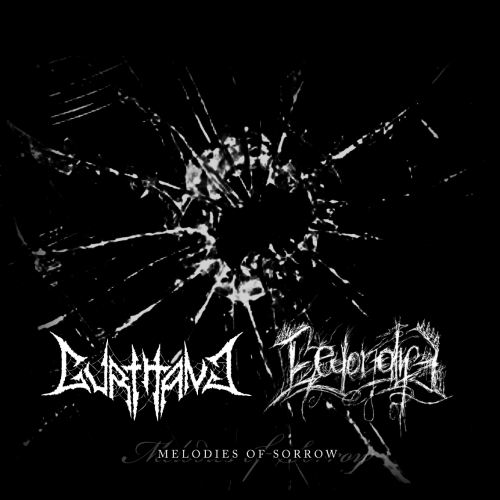 Gurthang has been a prolific project since its creation by vocalist/multi-instrumentalist A.Z.V. in 2010, with a number of short releases and four full-length albums to its credit, including this year’s appearance of the latest album, I Will Not Serve. The songs on Melodies of Sorrow were recorded by A.Z.V. in 2013.

These three tracks are a melding of black metal, doom, and industrial music, all of them driven by big, booming drum beats forward in the mix. “Illuminate” is an instrumental track that marches to a stately looping rhythm, shrouded in the distortion of guitars that generate a dark desolate atmosphere.

“Arise” launches with a more rambunctious drum progression that ultimately moves into blast-beats and eventually a hard-driving propulsion that anchors the song’s intensifying energy. It’s a thundering song with jagged riffing, guitar solos that swarm and flicker, and ugly, agonizing growls. At the end it slows to a crawl, shrouded in dismal melody.

The darkness continues on “LCVI”, another slower instrumental track, this time fueled by tribal-styled percussive pounding, with the riffs creating a writhing haze of distortion behind the mechanistic rhythms, the whole thing eventually devolving into a mix of static and eerie skittering tones. 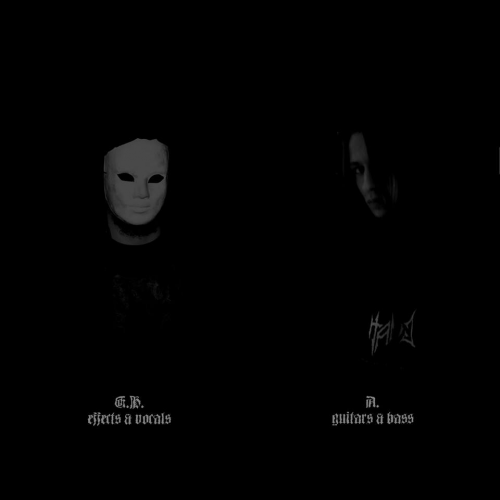 Beyond Life also began as a solo project, created in 2009 by G.H. with a focus on dark ambient music. As the band’s line-up was fleshed out, Beyond Life released a series of EPs and a debut full-length in 2013, Blackened Sky.

Beyond Life’s four songs range across different styles and textures of music — all of them bleak and blasted, but strangely affecting.

True to its title, “Psychopath’s Mind” is dark, cold, and predatory. An industrialized rhythmic loop of distorted tones provides the black, graveled palette on which the band layer swooping, shimmering, otherworldly sounds that become increasingly disorienting.

“Heavy Rain” is the soundtrack of a descent into a black pit of madness. Stripped of any rhythms, the music is a horrifying collection of sounds, with groaning, dismal, distorted  bass tones in the background that swell to a deafening roar, as a woman’s high, despairing voice utters spoken words into the void.

A slow, almost martial drum beat drives “The Burial Rite”, a doom-drenched, feedback-fueled piece of ambient music that becomes the backdrop for a plaintive lead guitar melody that becomes entrancing.

Perhaps the most creative of the four tracks, “Driven By Melancholy” is a layering of distant, reverberating piano melody, a noodling bass line, and a soulful, echoing guitar solo. It’s morbid and mesmerizing, pale and ghostly.

Melodies of Sorrow is available for order now in a six-panel digipak CD via the Bandcamp link below:

You can find Gurthang and Beyond Life on Facebook via these links:

One Response to “AN NCS PREMIERE: GURTHANG AND BEYOND LIFE — “MELODIES OF SORROW””