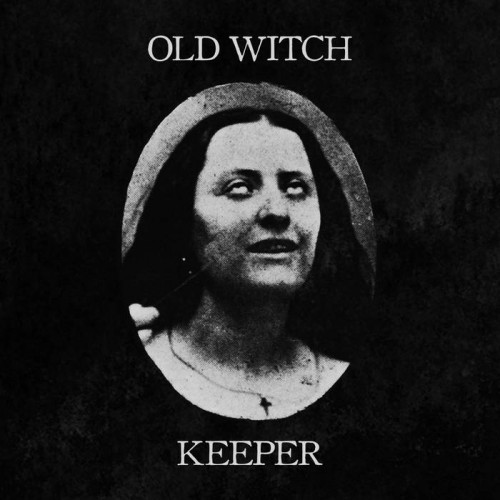 (Grant Skelton makes a quick pitch for the new split release by Old Witch and Keeper.)

There have been some amazing splits released of late. I’m still heavily imbibing the Altars Of Grief/Nachtterror Of Ash And Dying Light split that came out this past Friday. I recently discovered another split that should also be in your collection. Old Witch and Keeper will be releasing it this Wednesday, July 15, via Grimoire Cassette Cvlture/Cvlt Nation. The hideous, but completely appropriate, artwork was designed by Meghan MacRae at Cvlt Nation Design.

According to their Facebook page (here), Old Witch is the solo project of Stephen H. Heyerdahl. Heyerdahl could not have christened this project with a more fitting name. While listening to it, I felt certain that sweet Henrietta was going to erupt from my living room floor and swallow my soul. Good thing I always keep a boomstick within reach.

Keeper are a perfect counterpart for Old Witch. This is wrathful, rancorous sludge with enough feedback to provoke a searing migraine. Keeper have had a very productive year. After a demo last July, they shared a split with Sea Bastard in January. In April, they released an EP called The Space Between Your Teeth. Now they’ve partnered with Old Witch to unleash this elegiac tome of auditory torment.

The Old Witch/Keeper split is only $6 at Bandcamp.

3 Responses to “OLD WITCH AND KEEPER: A SPLIT”