(Andy Synn had the chance to interview the Dutch artist Morean about the three bands in which he is currently involved — Dark Fortress, Noneuclid, and Alkaloid. We’ve divided the interview into three parts, which will appear on three successive days. Today’s focus is Noneuclid. Check out Part 1 here and Part 3 here.)

Moving on to talk about your work in Noneuclid, which also includes your Dark Fortress band-mates Seraph and V. Santura, along with Linus from Obscura/Alkaloid, and recently departed vocalist Bruce. For those unfamiliar with the band, can you give us some background on the group?

M: We started as a group of friends playing covers together once a year. I had just graduated from the conservatory and was looking for an outlet for my metal-related ideas, and we had way too much fun playing together, so after a while we decided to make Noneuclid a more permanent outfit. That was back in 2004. I set out to write the first album with just the wish in mind to have a few songs to play; little did we suspect they’d be perceived as being this unusual. To us, it was just metal to begin with, but then things went off on a pretty wild tangent with everything that ensued in the years after.

At times I definitely hear a good chunk of Strapping Young Lad in the band’s sound, along with a fair bit of Progressive/Technical thrash – how would you describe the Noneuclid sound?

M: Like that. Bruce and me, but also V. Santura, all have our roots in Bay Area thrash as listeners, and I listened a lot to bands like Voivod, Mekong Delta, and Watchtower when I grew up. SYL as well, of course. Later, Morbid Angel became a main influence which I carry to this day, and of course playing with Celtic Frost and Triptykon had a huge influence on V. Santura. The other defining influence was my work as a classical composer, and since the band got most attention from that unexpected corner, we allowed our stuff to become ever more layered and symphonic. 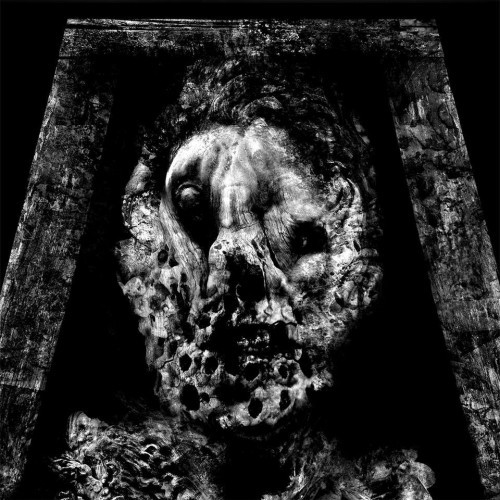 Your latest album Metatheosis was released last year, yet I’ve heard it was actually written and recorded a good 7/8 years ago… why the delay?

M: Because no label was interested to pick it up.

How would you say it picks up from, and expands upon, its predecessor The Crawling Chaos?

M: On Metatheosis, we cared even less about anyone’s expectations since the reactions to our first album were more confused than we had expected, despite a lot of critical acclaim from press and a lot of musician colleagues of ours. So we gave ourselves maximum freedom and ended up with songs over 15 minutes long and wild odysseys into things that maybe weren’t done before. And the production, even though we had to do it in very difficult circumstances, shows how much Santura grew in the years between the albums.

Similar to the question from earlier, how has your role in the band expanded in between The Crawling Chaos and Metatheosis – you certainly seem to be handling a greater share of the vocals and guitars for example?

M: Not the guitars, I’ve had my hands full there since the beginnings of Noneuclid. And I only did the vocals I did on the albums because Bruce didn’t feel comfortable with the growls and undertone singing, so I had to do them. Keep in mind that all that happened before I joined Dark Fortress and had any ambitions as a vocalist. As I grew into that role, I started minding vocal duties less and less.

Was this a cause, or a consequence, of Bruce’s decision to leave the band?

M: No, it was the fact that he felt less and less comfortable with the musical direction we took. The few concerts we had were almost all very prestigious – playing this demanding and complex music together with symphony orchestras and on high-brow contemporary music festivals as we did put more and more stress on a singer who was basically a thrash guy without a music theory background. I admire how he coped with the high requirements of the songs – he managed to count songs in 13/8 in 4/4 for example, because that was the only way he wouldn’t get lost. Also the scales I use for the vocal lines are unusual if you’re used to more standard rock and metal. But I had full understanding when he said it became too much for him.

We had one show after he quit where I sang his lines on top of playing my guitar parts, but that was incredibly stressy for me because I then realized how my guitar parts and his vocal parts rarely happen in the same time signature or even key. It was one of the most schizophrenic things I’ve ever had to do, and I’m not sure I’d sign up again to do that with the old songs in the future.

I know that in Dark Fortress V. Santura writes 90% of the music, but how do things work in Noneuclid?

M: I write 90%, complemented by the occasional contribution by the others.

Has there been any thought/work on a new album at all?

M: At this point, no. Noneuclid is the smallest of all my bands, and the time problem has been rather devastating for Noneuclid. However, we have a ton of unreleased material, notably the symphonic stuff, which we plan to finish recording and to release as soon as time allows. This will be our third album. But as I said, it’s been so difficult to find any time for this due to how full our schedules are with everything else we’re a part of that at this point, I have no clue how long that’s gonna take.

And, if so, can I be your new singer?

M: Potentially…. If you send us a demo doing one or two of our songs, we can always talk!

4 Responses to “AN INTERVIEW WITH MOREAN — PART 2: NONEUCLID”