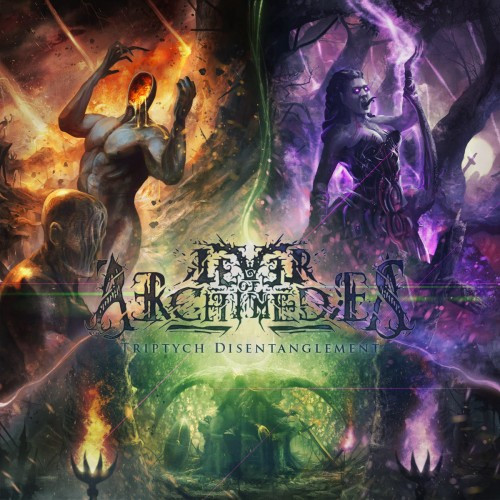 (In this multi-part post, Austin Weber brings us his recommendations for some of the best albums released during the first half of the year. Part 1 is at this location.)

Today we start off with Lever Of Archimedes, a death metal trio from Washington, D.C. Triptych Disentanglement is the band’s first release, and in just three songs and a a brief 13 total minutes the band proves themselves to be a technical tour de force in the vein of Archspire and Beneath The Massacre, while mixing in a Conducting From The Grave melodic feel and grit at times.

After a couple of listens to Triptych Disentanglement, it becomes clear that Lever Of Archimedes are starting out with a fairly interesting sound. Sometimes it’s scary to realize the true potential of an act starting out at such a high level from their inception — and hopefully things will only improve and get crazier!

In the meantime, gaze deeply into the amazing artwork for Triptych Disentanglement and maybe, probably, buy it? 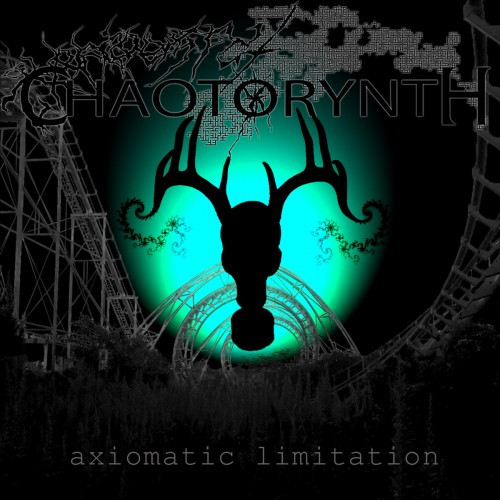 Next we move on to Chaotorynth, a one-man black metal act based in Ireland, who just released a second full-length, Axiomatic Limitations. Sole member Dudley Grant has created a weird, off-the-beaten-path black metal record, sort of like Deathspell Omega run through an Ion Dissonance-Breathing Is Irrelevant style of songwriting, with few parts that repeat.

Or alternatively it sounds somewhat like the befuddling madness of the recent Mastery record that Islander and I wrote about at the site this year. This is incredibly technical and dissonant stuff, definitely not for everyone, but incredibly interesting regardless of how you feel about it. If you ever feel like getting constantly bitchslapped by a massive wall of chaos, put on Axiomatic Limitations. 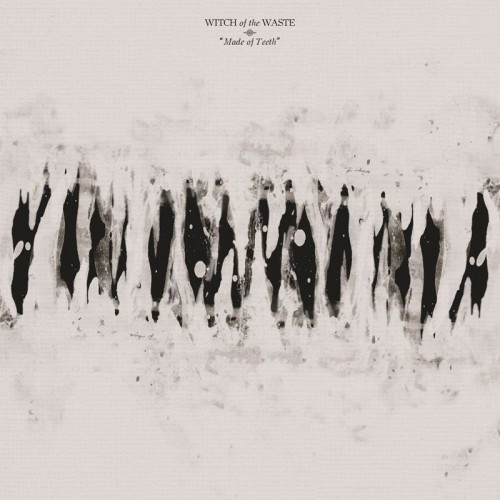 Witch Of The Waste

Like a modern spin on  the chaotic metallic hardcore wave of old, Witch Of The Waste come cross similar to phenomenal acts such as Burnt By The Sun, Dillinger, As The Sun Sets, and Ed Gein. Neither completely a metal or hardcore record, Made of Teeth straddles the line in a spazzy way that’s always interesting and unique. In addition Made Of Teeth also injects some grim and smashing black metal elements into their brand of sonic life-ending napalm.

If you’ve ever wondered how it feels to go blind from staring into the sun, or deciding to curl in a fetal position while trapped in a burning building, then maybe, just maybe, you will be prepared for the cruelty Made Out Of Teeth has in store for yours ears. Oh, and lest I forget, the band is offering this as a free download over at their Bandcamp. Not “name your own price” free”, but actually free. So make sure to download this and give it a shot. 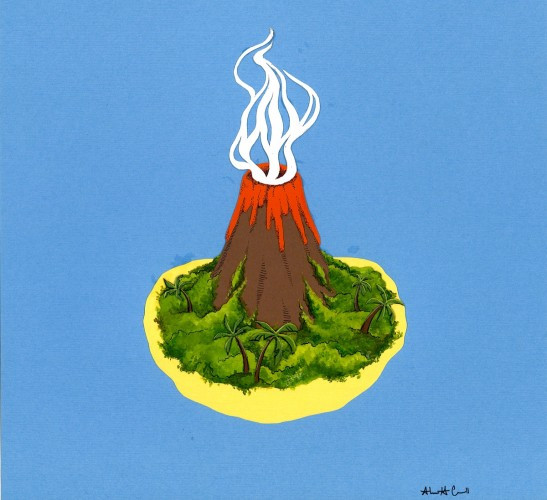 In keeping with the format I went with in Installment One, I end today’s recommendations with another light yet very intense record. Sea Monkey See are a strange instrumental trio based in L.A. While the music is clearly focused on math-rock, the delivery ranges from rock and roll to mathy sludge metal, punk, old school prog rock riffs and leads, and a hell of a lot of fast melodic bursts.

Mookie Island raises the bar for where math-rock can go, and while the sub genre itself has diversified plenty since its beginning, Sea Monkey See have created a new pinnacle and a special place within it. Interesting yet fun, Mookie Island rarely keep things simple or sparse; this is often incredibly complex stuff that reminds me of the first Hella record, the definitive perfect math-rock record in my opinion. There’s definitely some parallels to the sort of intense and wild instrumental music that Electro Quarterstaff do so brilliantly as well.

While the album fits within the style of math-rock, it’s so much more than that, with many varied stylings that should interest plenty of people beyond those who already count themselves as math-rock fans. Sea Monkey See write in a complicated and dense way, but the end result is always music that naturally comes across as light and playful yet is frequently heavy and often quite headbangable. Superb musicianship meets eclectic songwriting to make for one of my favorite prog-focused records of the year.

Check out Mookie Island now.  In the immortal words of Shia Labeouf, “JUST DO IT”!