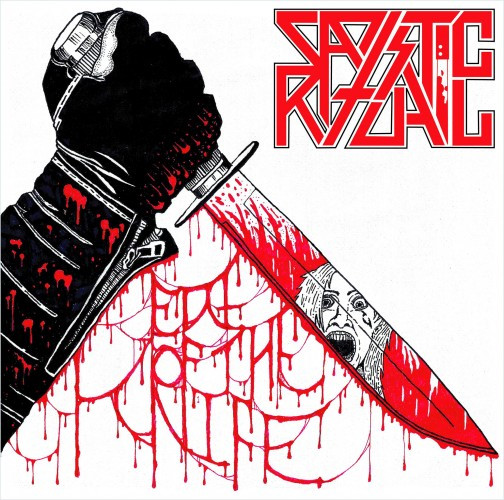 Unspeakable Axe Records is on the verge of releasing a new EP named Edge of the Knife by Atlanta’s Sadistic Ritual, and today we’ve got for you the premiere of the EP’s second track: “Funeral Raid“.

For those of you unfamiliar with Sadistic Ritual, they claim inspiration from such old-school slaughtering thrashers as Kreator, Sodom, Razor — and of course Slayer. And when you hear “Funeral Raid”, you’ll appreciate that Sadistic Ritual isn’t yet another straggler in the gaggle of new-school re-thrash bands. Listening to this song is like grabbing a severed power line, jamming it down your throat, and experiencing the thrill of your head bursting into flames.

The incendiary riffs erupt right out of the gate and don’t let up. Augmented by a couple of white-hot whammy-bar solos and a rancid, mad-dog vocal attack, “Funeral Raid” is a full-on adrenaline rush fueled by the spirit of old-school savagery. 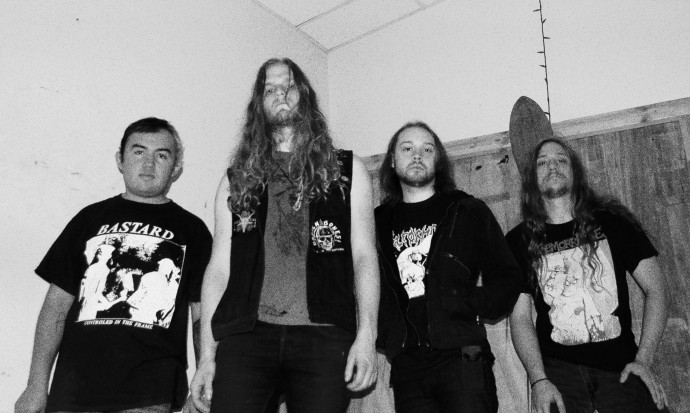 Edge of the Knife will be released on July 20 in jewel-case CD format. The track list is as follows: