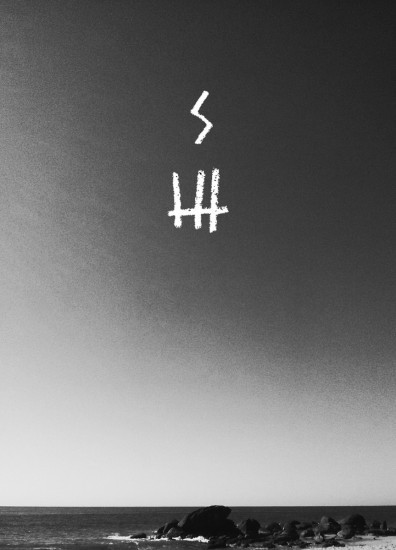 Yesterday afternoon, just as I was about to finish writing a “Shades of Black” collection of new and newly discovered black metal that I posted earlier this morning, I took one more glance at our e-mail box and found a message that had just arrived from a label called Media Tree Recordings. It announced the release of Terra Nullius, the debut album by a Montreal band named Spectral Wound (whose ranks include two former members of Ensorcelor).

I impetuously decided to listen to one song, thinking I might add it to that “Shades of Black” post. Without intending to, I listened to the entire album from start to finish — and began writing what you’re reading now before the album had even ended. It deserves a more carefully considered and meticulously crafted review than the one you’re about to read, but given how stretched I am for time and how limited I am in my abilities, I’m afraid the following impulsive words of praise will have to do. 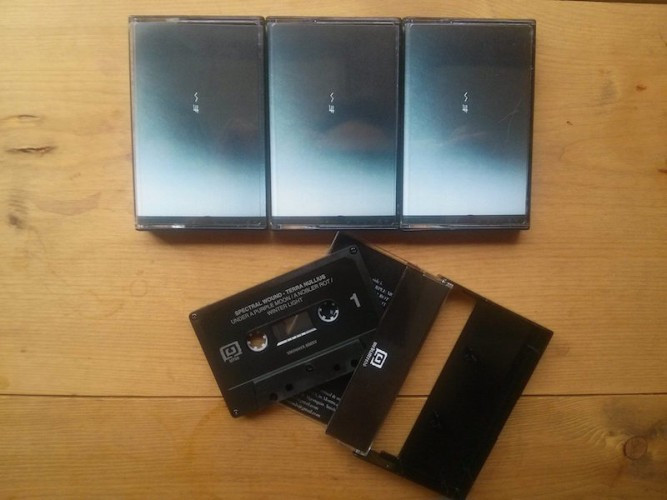 The first two songs, “Under A Purple Moon” and “A Nobler Rot”, are powerhouse pieces of high-intensity black metal, with sweeping melodies that are just as gripping as the savagery of the riffs, the potency of the drumming, the deep thrum of the bass, and the vocalist’s warlike, throat-tearing shrieks.

The pace slows for much of “Winter Light”, a very heavy, depressive song that is no less emotionally powerful or sweepingly panoramic for its more stately pace and its atmospheric overhang of gloom and despair (though the song does become more intense as it proceeds).

“The Hammer and the Flute” is announced by a dissonant blaring noise and the rattle of blast-beats, and then it surges forward like a galloping herd of red-eyed stallions trailing flames behind them. You guessed it — there’s yet another dark and epic melody that rises and falls in this dramatic song; it’s a pulse-pounding, thoroughly impassioned piece of music.

“A Cool Dark Place” drops back into the slow, staggering pace of a funeral march at first, as the mantle of grief descends again — but then Spectral Wound begin flying once more in a another head-long, racing charge. The drummer briefly moves into a rocking beat that adds variety to the song, but its strength again lies in the fervent, fiery melody that flows through the music.

Sadly, there’s only one song left in this compact album — “White Heaven In Hell”. The rhythmic opening riff in this song is immediately catchy, especially when combined with the booming thunder of the drums, and the song doesn’t loosen its iron hold on your throat as the guitarist(s) again start generating more surging waves of powerful, tremolo-picked melody (which in this song are segmented by savage, jabbing chords).

Spectral Wound deliver the kind of black metal that’s ferocious in its attack, and alternately melancholy (even heart-rending) and furious in the emotional cast of the melodies, yet it’s also beautiful and even inspiring. It picks you up and carries you away, like leaves caught in a swirling winter’s gale. I really wasn’t ready for it to end — and I’ve become an immediate fan of Spectral Wound.

Terra Nullius is available on tape from Media Tree (here) and it can be downloaded via Bandcamp as well via the link below. Hope you enjoy it as much as I have.

UPDATE (April 2016): A new pressing of the tape is now available from Out of Season here: