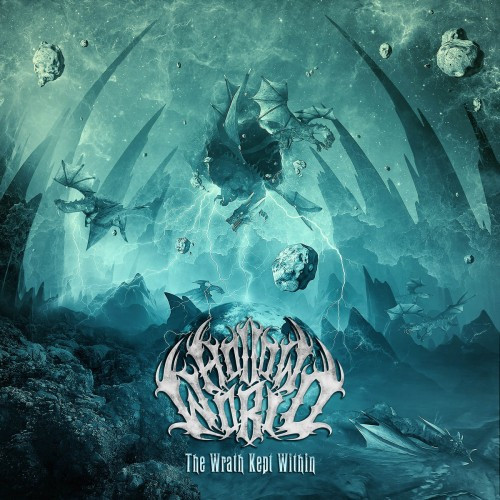 One thing leads to another, and in this case three good things have led to five.

Yesterday my comrade DGR praised the first three songs he had heard from the second EP by Australia’s Hollow World (here). That led to some communication with the band, and now we get to bring you a premiere of all five tracks in advance of the EP’s official release on July 31.

In case you missed DGR’s write-up, I’m going to quote part of what he had to say about the three tracks he heard, and then toss in my two cents on the two we’re adding to the collection in this premiere. 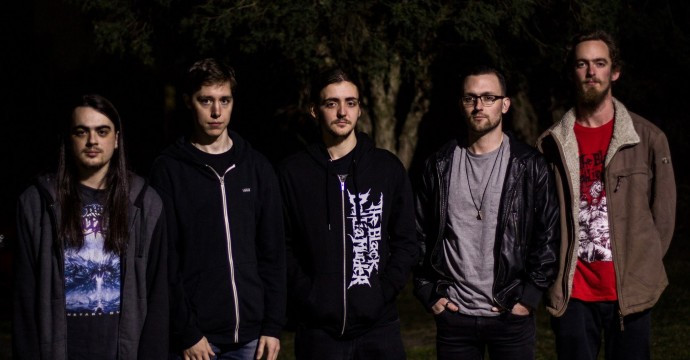 “Hollow World are an Australian band who hail from Melbourne and whose genres bounce between melodeath, death metal, and just a smattering of -core sounds to round things up. Basically, Hollow World are the perfect confluence of the modern scene….

“So far, Hollow World have released three songs from their upcoming EP: the title track ; “Silence” — which was put out in September 2014; and “Valley Of Ghelgath”. All three songs are shrieking banshees of super-fast guitar playing and furious one-two drumming and relentless blasts.”

And after those banshees have passed, “Scion of Fire” begins in epic fashion with piano and keyboards… which leads to an effusion of jabbing and swarming riffs, hyper-blasting drums, a swirling solo, and a combo of blood-jetting shrieks and cavernous roars. It’s a vicious assault but a catchy one as well.

And then this gem of an EP concludes with “Misery”, which opens the blast furnace door even wider, delivering a super-heated flurry of strings and skins while at the same time building a melodic atmosphere that’s somehow both melancholy and furious.

Enjoy the full stream below. As noted, The Wrath Kept Within will be released on July 31. Look for it here:

P.S. Our stream was a limited one — now you can go listen on Bandcamp!

4 Responses to “AN NCS PREMIERE: HOLLOW WORLD — “THE WRATH KEPT WITHIN””