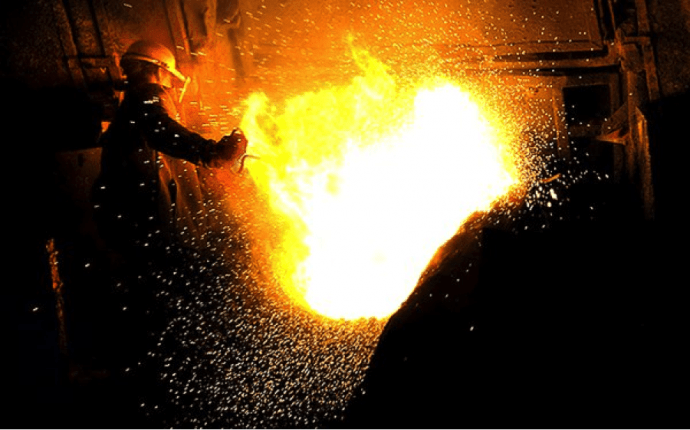 (This is Part 2 of a three-part post in which Andy Synn discusses the tendency of fans, reviewers, and bands to compare and contrast the music of one band to that of others. Part 1 is here.)

As I’ve said before, this was originally only a single column – at least in my head. But as it expanded and snowballed (no, not in that way… get your mind out of the gutter) into a longer and longer piece, it seemed prudent to split it up and rework each separate section slightly to give each one its own focus and theme.

So, as it currently stands, I’m actually still writing/rewriting the main body of Part 2 even as I type this introduction. That’s my process. A mix between stream-of-consciousness rambling and periodic bungee-cord recoils to retype or rework previous sections as and when something new occurs to me.

If I was feeling generous I’d call it “organic”. Although “haphazard” might be a better word for it.

Still, for Part 2 I’ve elected to focus on the ways in which the use of comparisons can be roundly abused and misused, whether consciously or unconsciously.

So let’s get on with it, shall we?

Now, in Part 1 I made some mention of having an “agenda” when I select the comparisons I use. But I’m not the only person trying to use specific parallels to promote an agenda… as someone who receives a lot of promo emails both from labels and directly from bands, let me tell you — it’s painfully, almost excruciatingly, obvious when a band tries to force comparisons in order to push a particular agenda.

Case in point – I recently came across a piece of promo where a band referred to their sound as:

“a mix of Carcass, Death, Heart of A Coward and Bleed From Within”

Now if, like me, you’ve been burned by this sort of thing several times before, your hackles probably went right up reading that. After all, there’s a very large, obvious divide between the first two bands mentioned, and the last two bands mentioned, and it comes off as extremely calculated. In fact, I wouldn’t be surprised if it wasn’t taken from some sort of generic Band PR checklist:

Presence of ANY notable Carcass or Death influence in the band’s sound? Yeah… not so much. Maybe some fifth-hand Heartwork influence. If I’m being very generous.

But I think you can see what I mean. I have absolutely NO problem with a band describing their sound with references to other bands (though I’ll admit, it’s something I struggle with doing myself), but this sort of incredibly artificial formula comes across as a disingenuous box-ticking exercise designed to reference enough well-respected influences to gain them some sort of credibility, whilst simultaneously positioning them to ride the coattails of more current, more successful bands.

I’m not denying that the band in question probably listen to some Carcass and some Death in their spare time, but that doesn’t mean it’s REALLY an influence — except in a tangential way perhaps — and even if it IS a direct influence for the band… you really can’t tell. Their actual sound bears no hallmarks of an influence from either band, so why mention it, unless it’s to garner unearned and inappropriate kudos by drawing an inappropriate parallel between the bands?

And I see this sort of thing a lot, where bands draw inappropriate, or ill-considered, comparisons between their own sound and that of their (supposed) influences.

In cases like the one referred to above it’s either a coolly calculated attempt to build unearned hype and impress specific connections upon people or, if I’m being more generous, it’s simply a mistake resulting from bands focussing more on what they want to sound like, rather than acknowledging what they actually do sound like.

After all, we may start off with an image of where we want to go and how we want to sound, but – and I say this from personal experience – this isn’t always where we end up. And that’s often actually a good thing.

It may just mean that you’ve successfully stepped out of the shadow of your influences, and now you just need to take a long, hard look at your own sound, and work out what (and who) you really DO sound like…

On the opposite end of the scale from this is the amusing situation where bands seem literally unable to pinpoint their key influences… usually because their sound is so blandly generic that they simultaneously sound like everyone and no-one!

Now some of what I’m about to write might also be of relevance to those who read my Too Many Cooks piece earlier this year (HERE), as it does touch upon some similar areas. Still, at the time of writing that piece I’d totally forgotten the story I’m about to relate, plus I think there’s enough of a different spin on things here to justify any slight repetition on my part.

A few years back I decided to check out a certain band who I’d seen mentioned in a few people’s posts and conversations. Now, this band weren’t big. At all. Nor, ultimately, were they anything special or even particularly interesting. The music was bland and generic. The band’s name, song-titles, and generally their whole deal was wholly unoriginal and instantly forgettable. Except for one thing.

You see, their “Influences” list online – the list of bands to whom they were comparing their sound — was, and I-shit-you-not, approximately 100+ bands long.

It was honestly as if they’d simply splurged an incontinent mental ejaculation of every band they’d ever listened to onto the page with a particular focus on more mainstream-leaning artists. Yet these “influences” were being presented, without a hint or modicum of self-awareness, as something utterly groundbreaking. As if no other band on earth had ever listed Metallica, Avenged Sevenfold, and Stone Sour in the same place before.

(Although, in fairness to the band, it still remains perhaps the only time I’ve ever seen someone list Nirvana, Linkin Park, and At The Gates as their “influences” in the same sentence.)

But I swear, despite the smorgasbord of references being made, you couldn’t have picked out even the slightest thread of influence from most of them. It was less a list of comparisons and more just a list of every band the members had ever listened to. And every single name on there was incredibly familiar.

Ultimately then, it was no surprise that the band’s music had absolutely no shred of originality to it, and that they were completely lacking in ANY sort of musical identity of their own.

Now what does this anecdote reveal? Well, for one thing, while listing your influences and comparisons CAN be incredibly useful, simply listing EVERY band you’ve ever heard of isn’t. At all. We get that you listen to lots of music, but that doesn’t mean every band you’ve ever heard is an “influence” on your writing.

Baphomet preserve us, but if you legitimately try and sound a bit like everyone else out there… you’re going to end up sounding like faceless, characterless mush. Pursuing nothing but the most mass-appeal common denominator is a race to the bottom, my friends.

[FYI – this also applies to bands who love to put really “clever” esoteric references in their influences. If you like Pop music or Jazz or Bluegrass that’s fine… but does it ACTUALLY have anything to do with the music that YOU make? Please stop trying to convince everyone about how “open-minded” and “varied” your music tastes are. It’s really not relevant.]

Similarly, just because you’ve read a bunch of poetry and philosophy books doesn’t mean you should list a bunch of poets and philosophers as your “influences” – it’s pretentious, and rarely has anything to do with the actual music. George Fisher from Cannibal Corpse could take to growling the complete works of Wittgenstein and it wouldn’t change how Cannibal Corpse sound very much. It’s just an excuse to show-off how well-read you (apparently) are, and to massage your own ego.

Finally, the above applies to reviewers as well. Simply reeling off a list of references and comparisons ISN’T a review. There’s nothing wrong with drawing a few links here and there, particularly if they help illuminate and elucidate a wider point, but you, I, and everyone else would do well to remember that there’s no guarantee that whatever musical parallels you hear between two artists are actually going to translate to someone else’s experience!

So, again (and I can’t stress this enough), whether you’re in a band, or writing about a band… choose your words wisely.

And try not to overdo it.

One Response to “COMPARATIVE METALLURGY: PART 2”