(Wil Cifer presents some thoughts about the new album by Chelsea Wolfe — Abyss.)

It is no secret that Chelsea Wolfe has managed to gather a fan base in the metal community without actually playing metal, aside from a Burzum cover. Rumors have been abounding that Abyss was going to be her metal album. Considering some of the stylistic shifts she has made with each album, going in a heavier direction would make sense — but how do the rumors line up against the actual album?

Well, this is a spoiler alert as to just how metal Abyss is.

First off, she has gone on the record as saying she likes metal, but has never claimed to create it, and that goes for her claims in regard to this album, the main theme of which is her reflection on sleep paralysis. The album is a step in a heavier direction, but heavy and metal do not have to be terms exclusive to one another. There are bands like Swans who are heavier than most metal bands, but do not play metal.

Do you consider Author & Punisher metal? There is an industrial pound to parts of the opener “Carrion Flowers”. Wolfe stays true to her ethereal vocal style, which works well over the hammering beat.

The doomish “Iron Moon” seemed surprisingly heavy when the song was first released, but put in context of the emotional heaviness of the album, she is giving you are breather.

She wanders into an even more experimental direction than on 2013’s Pain is Beauty, but is also more accessible in some ways as well. Fuzzed-out bass rumbles over her ghostly plea on “Dragged Out”. The chorus builds into a more industrial din as the song expands and contracts. On the second verse she flexes her pipes more and sings out over the bass line that she is losing her mind and she is so tired. The honest inner pain explored in the lyrics is heavier than some of Cannibal Corpse’s horror porn, because it is much more real than raping zombies with a masticated baby’s dick.

Her goth folk has not been thrown out of the window. “Maw” is almost a ballad, equally haunted as it is tender. She harmonizes with herself with angelic grace. The song eventually builds into a more plodding rock. Sorry, no blast beats or funereal doom.

“Gray Days” hits a groove in this pained ode to lost love that compares it to opiate withdrawal. She never ceases to astound, placing each note sung perfectly into the sonic pictures she paints.

The beat to “After the Fall” sounds like it is being pumped through a blown-out speaker, while the rest of the song spirals around it with a spectral purity. Then the song falls somewhere in-between trip-hop and industrial for a bridge to her hushed vocal and winds around into another stab at electronica. 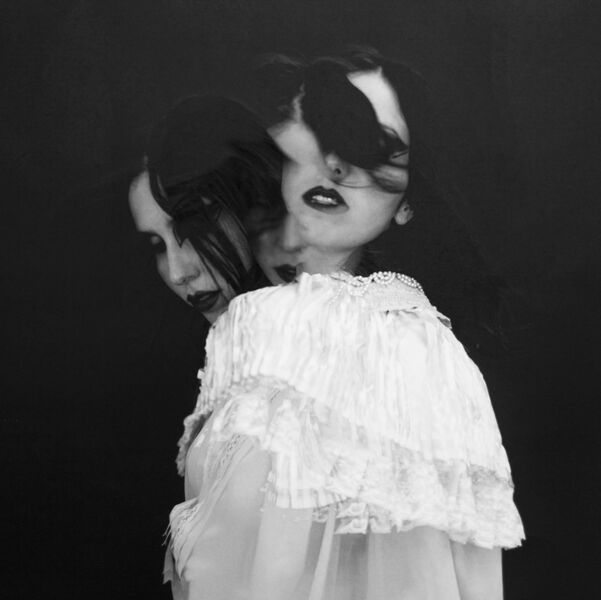 She steps back into more Unknown Rooms territory on “Crazy Love”. Where a chorus might be if she felt the need to adhere to formula is a decent phantom’s wails and viola. While the hordes of singer/songwriters out there will re-tread similar chord progressions and melodies, even on the more stripped-down folk, Ms Wolfe never copies herself.

She tries a little tenderness on “Simple Death”. She sweetly sings lyrics like, “We looked around / and all was dead / our rotting bodies so deeply in love”.  Lyrics that only her voice is the perfect fit to sing. She takes another darker stab at the shadow side of folk on “Survive”. Lyrically, this is reluctantly Wolfe at her most hopeful. I have been listening to this thinking, how I can work it into my wedding this Halloween. “Survive” is not content with just being another grim folk song as the drums build up around it in a tribal swirl .

The vocals on “Color of Blood” are layered with the octave-shifted voice in the background, and half-way in the song’s pulse accelerates into double-time. The distorted sound we associate with metal, when present, comes from the bass not the guitar.

The title track closes out this monster piece with a toy piano ringing out, before it’s enveloped. This is one of the more sedate songs on the album; the lyrics are more biting when she sings lines like, “it hurts to love when I remember / we were born unto chaos”.

She has not disappointed. Even though this is nowhere close to another Burzum, it will expand your sonic vocabulary in regard to what heavy can be.

Abyss will be released on August 7 by Sargent House. A full stream of the album is now available at NPR — HERE.

8 Responses to “JUST HOW METAL IS CHELSEA WOLFE’S “ABYSS”?”