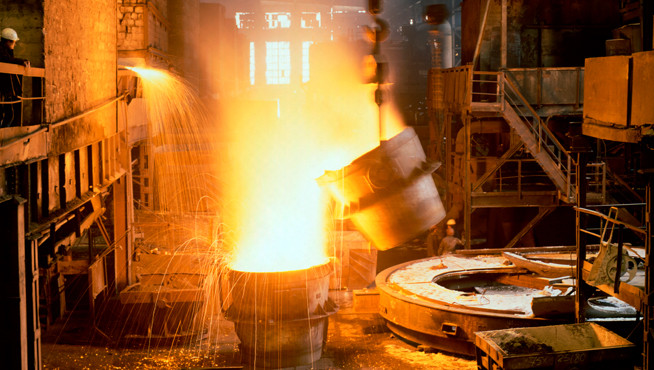 (This concludes Andy Synn’s three-part post about the tendency of metal fans, critics, and bands to compare one band’s music to that of another and the ways in which it works… and doesn’t work.)

So, as I said, my writing process tends to be a little bit… free-form… so much so, in fact, that yesterday’s publication of Part 2 of Comparative Metallurgy was in fact quite different from how I’d originally envisioned it. One whole section was excised and replaced with the anecdotal part instead, which was originally intended to make up the bulk of Part 3, and the excised section put aside for a different feature sometime in the future.

But this raises a bit of a conundrum, as what I originally had planned for Part 3 has already been published, leaving me with no content for the promised column that you’re currently reading (and that I’m currently writing).

However, as always, our loyal readership comes to my rescue, with this comment from Gipson giving me a new idea for Part 3.

“Good piece! I look forward to parts 2, about egregious examples of misuse (should be fun), and 3, which I assume will be about times you really felt got it right.”

So, let it be written, and let it be done… these are the times when (I think) I didn’t get it wrong!

Ok, so that’s purely subjective speculation I suppose, but there are definitely certain times I can think of where I’ve made a comparison or drawn a parallel that may not have been immediately obvious, but that makes a lot of sense, if you really think about it.

So let’s talk about some comparisons I’ve made that I’m more than happy to put my money behind, even today.

Now, some of these may be controversial. They may even drive you into a frothing rage of apoplexy. But please, take a deep breath, and just remember one thing.

Anyway, I’m going to jump in at the deep-end right away and say that I still stand by my comments on the obvious similarities between Whitechapel (at their best) and the legendary Vader.

Now, maybe it’s a result of a certain snobbishness about the band’s Deathcore-y roots, or maybe I’m just pissing in the wind here, but for one thing I challenge anyone to deny the similarities between the vocal delivery of Phil Bozeman and that of Piotr Wiwczarek, and for another it shouldn’t be that hard to see parallels between both bands in terms of their particular brand of blast-fuelled Death Metal groove – musically they’re reading from the same playbook, even if they’re not on exactly the same page.

Just to be clear, I’m not saying that the two bands sound EXACTLY the same. I’m simply stating that there’s enough similarities to suppose that fans of one might (if they can get past their prejudices) be fans of the other!

While I’m on the topic of outraging people, I know I’m not the only one who noted the ever-lessening divide between the now sadly defunct Bleeding Through and the antihuman assault of Anaal Nathrakh.

I’m also particularly happy about comparing the phenomenally underrated Mithras to up-and-coming Tech-Death tykes Fallujah, not just because the comparison SHOULD be immediately obvious and make immediate sense to anyone even the slightest bit familiar with both bands, but because in this way I at least stand a small chance of introducing younger, newer fans of the latter band to the underappreciated (but phenomenal) talents of the British Prog-Death futurists.

What else, what else… oh yes, I’m very pleased with the comparisons drawn between Aethyr, the latest album by Belgian brutalists Emeth, and the more intelligent insanity of the now ascendant Cattle Decapitation:

Just as I stand by my statement that the best songs on the latest Gojira album were the ones where they stepped away from their own established formula a little, and let some distinct Cult of Luna influence seep into their sound:

Similarly, I don’t think there’s any shame in saying that there’s not that much difference between perennial NCS favourites Revocation and perennial internet whipping-boys Trivium at times – in the sense that the former is exactly what the latter SHOULD have sounded like, if only they hadn’t been a.) obssessed with trying to be Metallica, and b.) convinced that dumbing down and “going mainstream” was a good artistic choice.

The more that Insomnium try to play around with blastbeats the more I come to appreciate that Oubliette do the same thing, but better:

And I still stand by my assertion that Stargazer have more in common with Atheist than they do 99% of the Black Metal scene to which they’re so frequently linked (and, on doing some quick research, it appears that Metal-Archives agrees with me).

I think I’ll stop there. I’ve probably upset enough people by now, and I need to prepare for the onslaught of personal insults and questions about my parentage that will doubtless ensue in the comments section (not really, you guys are generally pretty great about NOT doing that sort of stuff).

Still, I will admit one thing – I mentioned in Part 1 that it’s difficult to make comparisons without having some sort of agenda in mind, and that remains true here. With each of these comparisons I’m hoping to do one thing in particular, and that’s get you all to listen to the bands I’ve provided links to with different ears.

Because how you listen to a band – where you are in your life and the mindset you’re in – can have just as much influence on whether you’re willing to give them a fair chance at all.

So whether you’re already a fan, or if you’ve written some of these bands off entirely, I hope you’ll give each track a listen, and bear in mind the comparisons I’ve made, to see if it gets you thinking about the music you’re hearing in a different light!