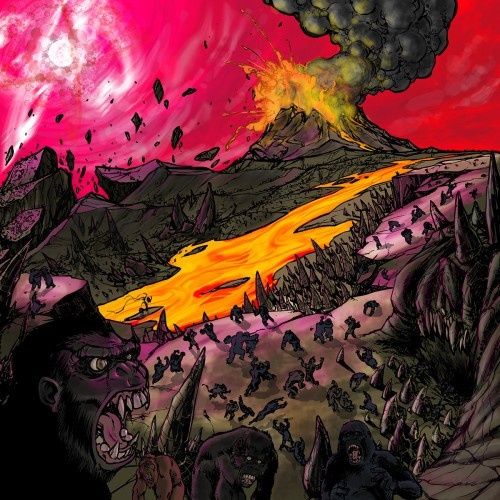 I have for you a big selection of new and newly discovered songs and videos that I’d like to recommend. As you can tell, I got tired of using the “Seen and Heard” title for these round-ups, at least for today. Also, the riffs really are the kings and queens of most of these songs (but not all). I’m presenting all this stuff in alphabetical order by band name. Genre-wise, the music is all over the place….

Ape Cave are from Portland, Oregon. At the end of May they released what I think is their debut EP, named Primordium (with the eye-catching cover art above). I found out about it through a link posted by a Facebook friend.

When you press “play” on the Bandcamp stream below, you’ll hear the EP’s final track first. It hooked me hard, and the other two songs are just as good. Ape Cave blend thick, heavy riffs and gut-rumbling percussion with psychedelic lead guitar machinations and raw, wretched vocal vituperation, creating a bleak and often disorienting atmosphere while punching hard enough to rattle your bones.

They also spice up this EP with contrasts, throwing in some interesting proggy instrumental work and clean vocals on the opening track before it goes off in a more poisonous direction, and rocking hard on the second track without sacrificing the undercurrent of gloom and fury (that second song also includes an awfully cool guitar solo).

Primordium is a “name your price” download at Bandcamp. 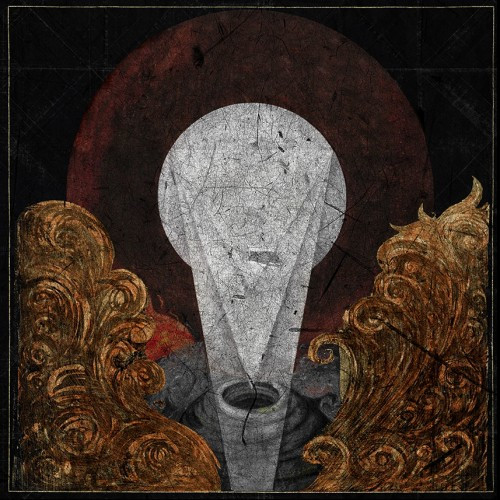 The Spanish band Black Earth seems to be a three-piece, though a large number of other people are credited as session musicians and guests on their debut album A Cryptic Howl of Morbid Truth. That album appeared on Bandcamp in February, but (again thanks to a post by a Facebook friend) I didn’t find out about it until yesterday.

From what I’ve heard of it so far, this is an album that deserves a complete listen and a full review, but I’m so short on time that I doubt I’ll manage to do the latter. But I do want to at least mention one of the songs I’ve heard so far and encourage you to explore the album further if you like it as much as I do.

That song is the title track, which sets as its foundation a heavy, repeating bass-toned beat that becomes increasingly frenetic and unstable, something like a prolonged earthquake. With that undependable foundation in place, the band proceed to surround it with a harrowing squall of terrifying noise and crazed yells.

I found the song fascinating… and it may just suck you right into the rest of this hallucinatory, nightmarish album, because there aren’t sharp breaks between the tracks. Don’t say I didn’t warn you. 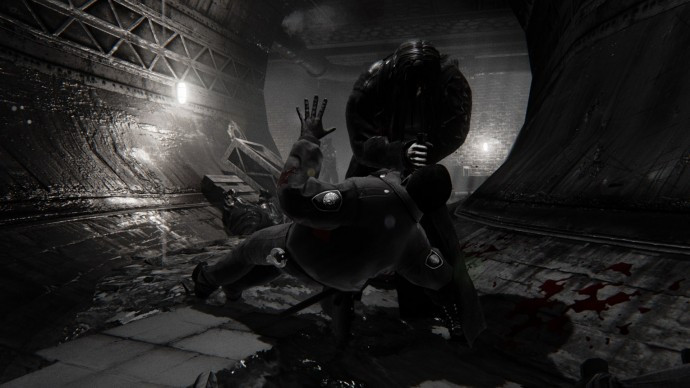 Back in February of this year, in an installment of our THAT’S METAL! series, I wrote about an over-the-top (and very metal) trailer for a video game called Hatred. Yesterday, Norway’s Blood Red Throne released a video for a new song named “Patriotic Hatred” from their forthcoming album Union of Flesh and Machine, which is scheduled for released in November 2015 by Candlelight Records. And it turns out that the video for the song is that same Hatred game trailer I wrote about in February.

It further turns out (according to the note accompanying the YouTube clip for the song) that Blood Red Throne “will also be featured as the soundtrack for Hatred’s survival mode, which will be released August 2015″.

“Patriotic Hatred” is a vicious death metal assault that does just as good a job splitting skulls with big grooves as it does going straight for the guts with eviscerating riffs. Gruesome vocal bestiality, too.

The Hatred game can be explored further here: 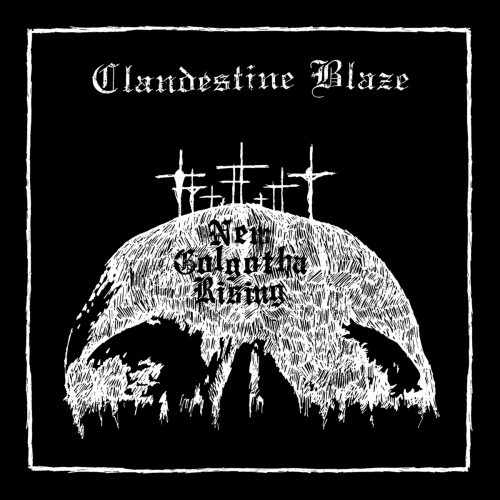 Finland is home to Clandestine Blaze, the solo project of Mikko Aspa (who has been the vocalist for Deathspell Omega for more than a decade and has been involved in many other projects as well). Although the band’s discography is substantial and dates all the way back to 1998, I managed to remain ignorant of it until yesterday, when I began exploring the most recent full-length, New Golgotha Rising, which appeared in April of this year via Aspa’s Northern Heritage Records (with official U.S. distribution through Hells Headbangers).

This is another instance of an album that deserves a complete listen and a full review — but I’m afraid I won’t be able to manage the latter, given how short I am on time for such things. So, once again, I’ll only offer a few words about one song — “Evocation Under Starlit Sky” — and then encourage you to check out the rest of the album below.

That song’s jet-fueled drumming gets the adrenaline pumping from the start, and the writhing, unorthodox riffs are damned attention-grabbing, too. But the song also turns out to be a real headbanger, and the vocals are suitably ugly and inflamed.

P.S. There are plenty more killer riffs in the songs that follow the first one. 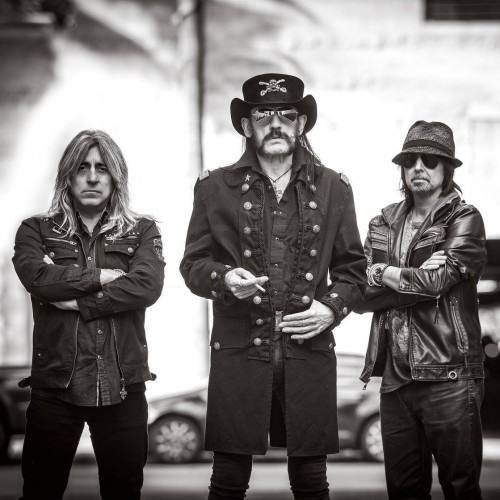 Motörhead released a cool animated lyric video for a new song today. The name of the song is “Electricity” and it comes from their forthcoming album Bad Magic, due for release on August 28. It’s Motörhead, and the song rocks, and do I really need to say anything else? 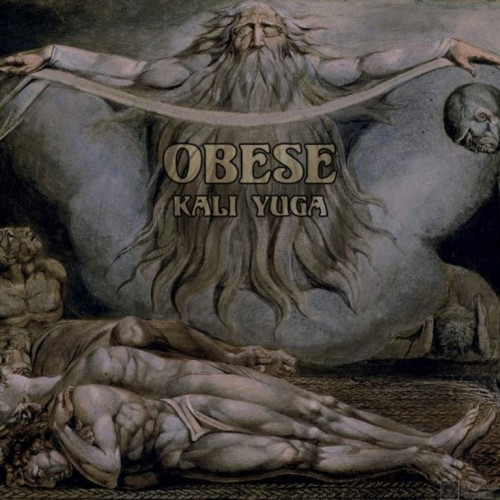 My first thought after seeing a link to this next video was to wonder why the hell this Dutch band picked a name like Obese. And then I heard the riffs in the song, and it all became clear. Goddamn, they are so fat and heavy that it would take a forklift and some serious door-widening to get them out of the house. The drums and the bass and the throat-bursting vocals are just as fucking destructive, too.

The name of the song is “Red As The Sun” and it comes from an album entitled Kali Yuga, which was released in June by Argonauta Records.

I learned from the video that there’s no activity, no matter how deranged, that can’t be improved by dousing it with red liquid. That discovery was so eye-opening that I even forgave the band for wantonly destroying a perfectly innocent bass drum that no doubt had been a good and loyal friend.

Yesterday CVLT Nation premiered a new video for a song from Valdur’s latest album Pathetic Scum, which is out now via Bloody Mountain Records and is available on Bandcamp. The album is an excellent offering of black/death slaughtering, and so is this song — “Blessings of the Goat” — which we ourselves premiered earlier this year. Because I’ve already spilled a lot of words about the song in that earlier premiere feature, I’m just going to let you watch the video without further introduction — other than to remind you that these riffs are goddamned lethal.

(As you might expect if you’re familiar with the song, the video includes some disturbing imagery, so be careful who’s looking over your shoulder.)