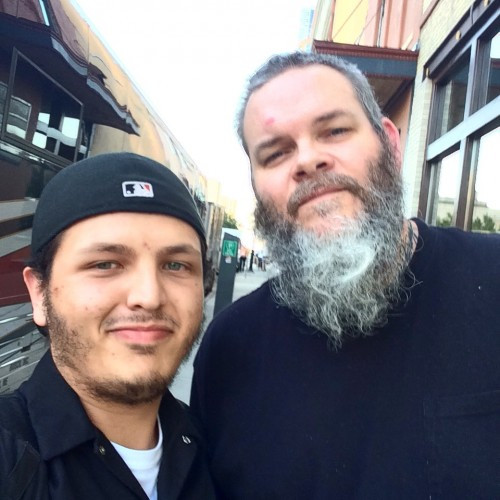 Well we’ve done a few runs in Europe, with the locations being closer together. You don’t have to get on a bus and drive 10 hours overnight, unlike you do in the states. We’ve been doing about 30 to 45 shows a year for a while now, so it’s not totally out of our realm; but give it another 10 days or so and we may be pretty pooped considering we’re not taking any days off. Hopefully we’ll survive relatively unscathed physically; mentally it’s always somewhat of a grind, but you know, tour is always easier than real life when you have responsibilities every day. Other than the show and sound check, you really don’t have much on your plate; so, for me, tour is much simpler than everyday life. 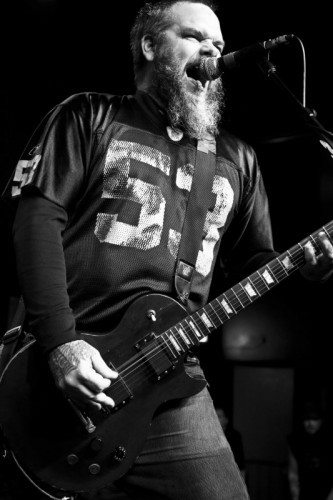 Not to pry at all, but I remember about the health scare with your wife Sarah; how is she doing?

Well, she’s suffered some permanent damage to her vestibular system; meaning she basically has a permanent loss of balance. She’s dealing with trying to teach her brain to compensate for as much of that loss as it will, as well as waiting for a singular diagnosis for things that may or may not be going on. It’s a complicated, day-to-day situation; this is kind of a test run to see how it goes. We’ve got a 16-year-old and a 7-year-old, Stormy and Izzy, at home helping mom out a lot right now; it’s a pretty beautiful thing.

I know there’s fans, like myself, who are thinking about and praying for you all in this situation.

I really appreciate it; you know, we were blown away by the response to the GoFundMe page. Not only that, the amount time of time that people took to write about shared experiences in similar situations or information to try help figure out what was going on; we actually used a lot of those resources to try to understand this very mysterious situation.

I had a friend come out to see us in Lawrence who hadn’t been to a heavy show since the ’80s and he made a comment to me, “Man, I really like your fans. You know they’re really thoughtful, very nice and considerate.” I thought about it, you know, yeah. They’re really misunderstood. You know, people see us on the street and think one thing; and especially in this situation, so many people came out of the woodwork and showed support from the depths of their heart. It’s helped us immensely.

We’ve had to go back and forth to Portland, which is about a five-hour drive from us, 10 times in the past few months, but thanks to the support shown to us we were able to do that. I usually would shy away from talking about this, but it became kind of a public thing and people want to know; a lot of people are a part of this in their own way, and their concern is genuine.

Thanks for sharing about that. So, if memory serves me correctly, you and Steve got together for some writing sessions earlier this year. How did that go?

No, it was everybody. We spent February between Idaho and Oakland, working on stuff. We have studio time booked in December, and the entire album is written and basically demoed. There’s still some details to work out, but after this tour that’s the next thing on the agenda. 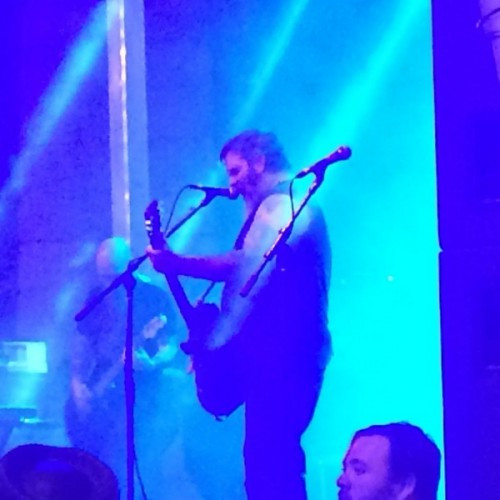 I remember originally hearing there were going to be some shows in December to celebrate the 30th anniversary of Neurosis being a band. With studio time booked, is that on the back burner?

It’s going to happen in March now, and it’ll be in San Francisco at the Regency Ballroom. It’s near the beginning of March, possibly the first weekend; and we’ll be playing material from every album we’ve done.

I know it’s been previously mentioned, that there are albums you all don’t typically go back to when making the setlist. With this concert coming up, and the current run going, are you changing up the set much or is it pretty much similar to what you’ve been doing lately?

It’s not a huge stretch from anything we’ve done over the past couple years, at least from what I can remember. We typically take a group of about 20 songs and work with them for about three years, rotating them and coming up with different combinations. Understanding people won’t necessarily be able to make it to the 30th-anniversary shows, we’re trying to play some songs that we still feel strongly about from our past.

Out of curiosity, is there any news on Corrections House or the Road Home?

Corrections House has a new album coming out in September; I’m not sure yet if I’m doing a solo record or a Road Home record next. The Road Home had a really good West Coast run earlier this year, the new lineup is really solid, with Noah and I as well as Munly (of Slim Cesena’s Auto Club); so I’m really looking forward to our next session for that.

I know I was supposed to catch a show on The Road Home run, but unfortunately missed it. I was supposed to see you guys at 1-2-3-4 Go Records in Oakland; how was it playing in a record store as opposed to a traditional venue?

It’s better. For Neurosis, a theatre is good. But for my acoustic stuff or The Road Home, an alternative venue is much better. The crowd that shows up is obviously there for the music, there’s always a better vibe and less chatter; more intimate. 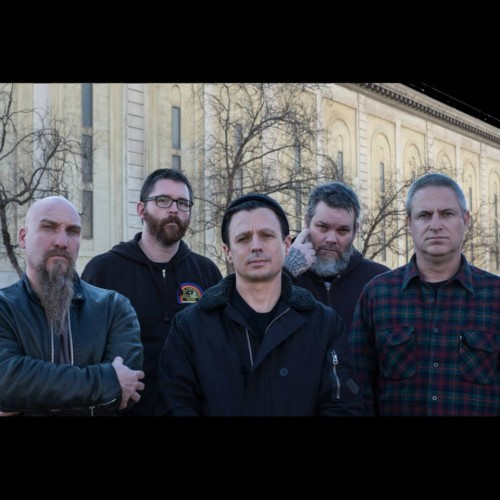 To a degree, there’s a revolving lineup of bands on this run; while Brothers of the Sonic Cloth is on most of the dates, you have The Body on a few shows, as well as Sumac, Pinkish Black, and Iron Tongue. When it came down to it, was it mainly that these were bands you have a relationship with, or was it simply these were the bands that you wanted to invite out?

We’re conscious of trying to bring bands who are on the label out when we can (both BOTSC and Iron Tongue are signed to Neurot Recordings), and/or friends. While Sumac and Pinkish Black aren’t on the label, they’re friends of ours. In the case of Sumac, we saw they would be on that side of the country and so it made sense to play with them rather than against them. With Pinkish Black being from Texas, they’re joining us in Houston; Iron Tongue is from Arkansas, and so they’ll be joining us in New Orleans.

I think it’s awesome, that in inviting bands like Pinkish Black and Iron Tongue you also are reminding the fans about supporting their local scene, in having regional openers at the respective shows they’re playing.

For a final question: did you ever think you’d be at the point you are now, as you take this three-week run and will be recording your now 11th album in December, the month you will be celebrating your 30th anniversary as a band?

I don’t know; on one hand, yes. Because we’ve always been forward-thinking, in trying to imagine where we could be, far from our origin point. But at the same time, no, because we could have never predicted literally surviving that long. I think we’ve been really lucky and feel really thankful for this chance, this opportunity; every time we get to play, it’s a special thing. We really cherish our moment, you know; every show is really important to us, every record is really important to us. We realize it’s a super-fragile existence that we’re living in, and we realize there’s a chance it won’t happen again. There’s a really good a chance we won’t play tomorrow, so we focus on staying in the moment and being present. We’re very grateful.

Many thanks to Earsplit PR as well as Neurosis tour manager, Paula, for helping in organizing this interview and allowing this to happen. The remaining dates on Neurosis’ current tour can be found below.