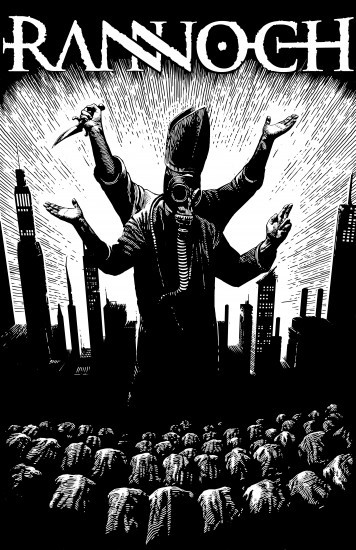 In November 2013, a band named Rannoch from West Midlands in the UK released their debut album, Between Two Worlds, via Eulogy Media. It inspired one of our writer Andy Synn’s most enthusiastic reviews ever (here), a review that included sentiments such as these:

“This is a truly stunning debut. Superfluously skilled, terrifyingly talented. Captivatingly composed and perfectly performed. It’s a near masterpiece of progressive death metal that pays tributes to its predecessors whilst defining its own clear sense of identity, bridging the gap between two worlds – the old, and the new, the modern and the classic, the artful and the antagonistic.”

Today we have the pleasure of bringing you a brand new video for one of the songs on that album — “Age of the Locust”. We’ll borrow a few more of Andy’s words about the music: 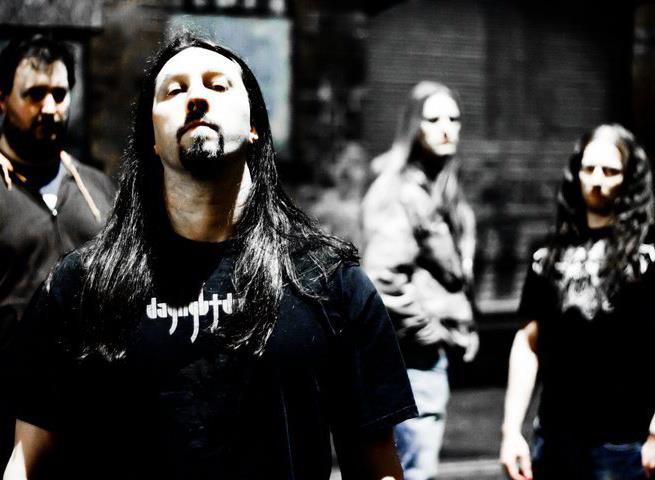 “The frantic ‘Age of the Locust’ kicks things off with a mind-bending display of calculated aggression, assaulting the listener with a barrage of piston-powered punishment and scathing, blackened ferocity. It’s the perfect opener, showcasing the band at their finest, yet not quite tipping their entire hand. The vocals are a cathartic howl of fury, the drums a metronomic battering ram of force, while the guitars – taking full advantage of their extended 8-string range – switch from atomising groove to spiralling, Schuldiner-esque melody with fluid unpredictability.”

The visuals in this clip make a fine match for the head-spinning music. The video vividly captures the passion behind the song and its meaning, while giving you a bird’s-eye view of lots of spidery fretwork.

But this video is only the beginning of new things from Rannoch. We’re happy to announce that on the 14th of September the band will release a new EP bearing the same title as this song and video — Age of the Locust — which is intended as a companion piece to Between Two Worlds. The EP will include, along with the lead track, several re-visited songs that were written during the same sessions that produced the album.

In addition, the band will have a new run of merch featuring a design you can see at the top of this post by Kishor Haulenbeek of the Brooklyn-based band Black Harvest (whose music you can check out here).

And last but not least, we can reveal that Rannoch are currently in the middle of creating their next album, tentatively scheduled for release sometime in 2016.

Between Two Worlds is still available at these locations, as well as the usual digital retailers such as iTunes and Amazon:

Now enjoy our premiere of the video for “Age of the Locust”:

4 Responses to “AN NCS VIDEO PREMIERE: RANNOCH — “AGE OF THE LOCUST””