At one point if you’d asserted that, fifteen years into their career, Swedish shred-masters Soilwork would be undergoing a creative and commercial renaissance I’m pretty sure you’d have been laughed out of whatever building you were in. Or thrown out.

Though the twin-peaks of A Predator’s Portrait and Natural Born Chaos initially positioned the band as a force to be reckoned with, the relative disappointment (creatively, if not necessarily commercially) of Figure Number Five (an album I, personally, absolutely love), Stabbing The Drama, and Sworn to a Great Divide definitely had a lot of people wondering if the band had started on the long, slow slide into mass-marketable mediocrity.

Somehow, surprisingly, 2010’s The Panic Broadcast bucked this trend with gusto, with the returning Peter Wichers clearly bringing a renewed sense of vigour and vitality to the songwriting process, and the decision (consciously or otherwise) to allow uber-drummer extraordinaire Dirk Verbeuren to finally cut-loose paying massive dividends.

This all led to the unexpected and unpredictable success of 2013’s The Living Infinite – a massive double-album undertaking which somehow sustained an impressive 85-90% hit rate across its twenty-song track-listing, re-establishing the band as contenders while simultaneously raising the bar.

And there’s the rub. Because, try as I might, I can’t help but feel like The Ride Majestic falls a little short of the mark the band have set themselves. 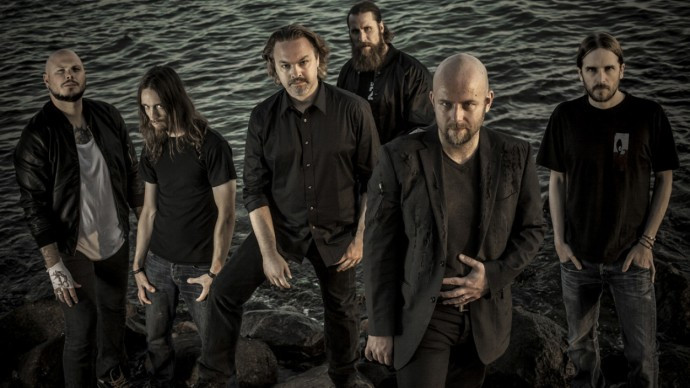 Though there are definitely times when the album is firing on all cylinders and the band are clearly “in the zone”, there’s also an annoying number of occasions where they fall just short – sometimes only by the merest fingertips’ breadth.

It’s probably worth noting that The Ride Majestic is a more sombre album than its predecessor/s, focussing much more on themes of loss and lamentation. Now, it’s not like Soilwork have suddenly turned into a Funeral Doom band or anything, but this more solemn tinge to many of their riffs and melodies (both lead guitar and vocal) does make the album a little bit less immediate than you might expect, with many of the “big” hooks designed to infiltrate the brain at a slower pace, rather than offering the instant buzz of previous albums.

And yet, despite the reservations and caveats I’ve outlined above, you should definitely stick with it, as there’s still a lot to love about this album.

Take the opening track (and lead single), “The Ride Majestic”. Although in a sense it’s almost a prototypical piece of Soilwork’s patented melodeath magic, that pales into insignificance next to the outright quality of the song’s rapier-sharp riffs and majestic (pun intended) melodies.

And, while I was initially sceptical about the ebb and flow of “Alight in the Aftermath” – from blast-infused intensity to prog-tinged complexity – multiple re-listens have convinced me that the song is, in fact, a real gem (even if it’s a gem that takes a little while to truly shine).

If the whole album maintained this same high standard then the Swedes would definitely be onto another outright winner… but unfortunately tracks like “Death In General” and “Enemies In Fidelity” intermingle some good moments of killer riffage and/or gloriously anthemic melody with unfortunate periods of serviceable, but unspectacular, metallic meandering.

While not exactly total misfires, tracks like the two mentioned above, along with the aggressive, but unspectacular “The Phantom” and the largely bland heaviness of “All Along Echoing Paths”, definitely feel like the band are operating a little bit on autopilot – the riffs suitably technical, but somehow unmemorable, the melodies stylish, yet insubstantial – slipping all too easily into the safety of a well-worn, familiar groove.

It’s particularly frustrating to see this happening when we all know that the band are capable of so much more.

Thankfully the rest of The Ride Majestic picks up the slack quite admirably!

Tracks like the unstoppable, headbangable “Petrichor By Sulphur” and the dynamic “The Ride Majestic (Aspire Angelic)” (not, as I originally assumed, an acoustic re-tread of the title track, but an entirely fresh-sounding track unto itself) exemplify the very best of the band’s sound, all spitfire drum work, molten metal riffage, and killer, catchy-as-hell choruses.

Similarly, the surprising slow-burn of “Whirl of Pain” and the high-velocity, high-energy “Shining Lights” showcase the group at their polished, irresistibly melodic best, building to the fittingly… majestic… finale of poignant closer “Father and Son, Watching the World Go Down”.

The sheer finesse and style displayed on these tracks simply highlights how utterly frustrating it is to hear the band dip into “just average” now and again. Indeed, the band’s well-earned reputation for producing high-quality, high-intensity melodeath at a level above the majority of their peers acts like something of a double-edged sword here – after all, we know they can do better (and, for the majority of the album, they ARE better!),

So, ultimately, how do I really feel about this album?

Well, although it’s not quite the masterpiece I was hoping for, it’s also far from a failure. The band have set themselves some incredibly high standards in recent years, and, for most of its run-time The Ride Majestic is exactly what you want from a Soilwork album – brimming with gorgeous, flowing melodies, blistering, technical riffage, and complex, dizzying drum work – it’s just unfortunate that its overall brilliance is marred by the presence of a few mediocre clunkers!

The Ride Majestic will be released on August 28 and can be ordered here and on iTunes.

15 Responses to “SOILWORK: “THE RIDE MAJESTIC””