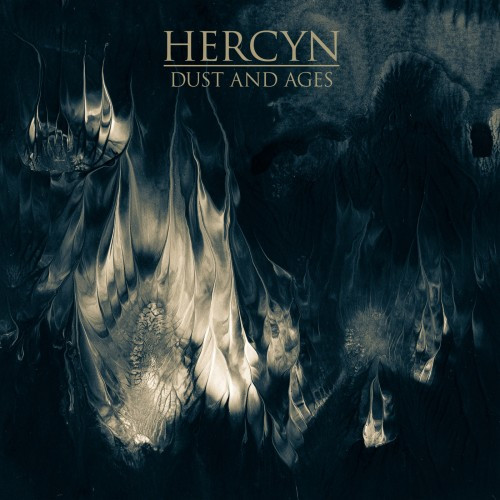 Following a debut demo in 2013 (Magda), an acoustic version of the demo in 2014, and a 2014 split release with Brooklyn’s Thera Roya (All This Suffering Is Not Enough), New Jersey’s Hercyn have completed work on their debut album. Entitled Dust and Ages, it’s set for release on September 11, and today we bring you the premiere of its first advance track, “Of Ruin“.

It’s a long song, topping 11 minutes, and it holds attention from start to finish, running the gamut from lilting folk-influenced acoustic melody to cascades of layered guitars, rippling bass notes, thundering percussion, and knife-edged vocal abrasion. The eye-opening performance of the rhythm section alone grabs you by the neck and never loosens its grip, while the slashing riffs and striking lead guitar melodies prove equally galvanizing.

photo by by Eric Bujnowski

“Of Ruin” is an intense, powerful, and memorable song, the kind of atmospheric, melodic black metal that will remind a lot of listeners of Agalloch — and it definitely holds its own in comparison to the work of brilliant veteran bands such as that one. It’s also only one of four very strong tracks on an album that we predict will put Hercyn on a lot of radar screens (and a lot of year-end lists) by the time it’s released.

Dust and Ages was recorded and mixed by Tony Stanziano in Brooklyn, NY, and was mastered by Colin Marston at Menegroth, the Thousand Caves, in Queens. The cover art was created by Alex Miracle in Columbia, TN, with design and layout by the band’s Ernest Wawiorko.

Dust and Ages can be pre-ordered now, both on CD and digitally, at the Bandcamp page linked below.