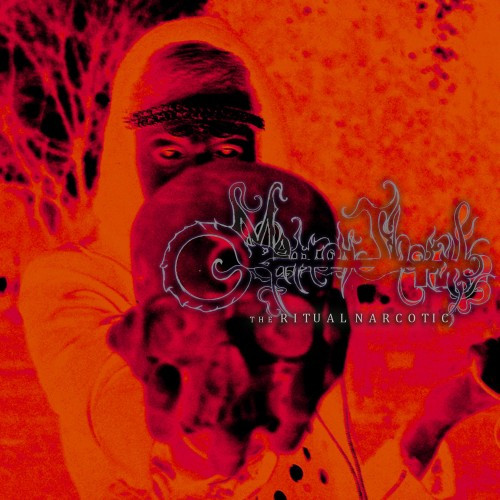 The Ritual Narcotic is the first album to appear under the name Matron Thorn, but it isn’t Thorn’s first solo (or near-solo) work. He has produced more than two dozen releases under a variety of other project names, including Benighted In Sodom, (and FYI, Thorn has just begun uploading all of the Benighted In Sodom releases to Bandcamp). But perhaps his best-known work has been as the composer and sole instrumentalist of the remarkable Ævangelist. 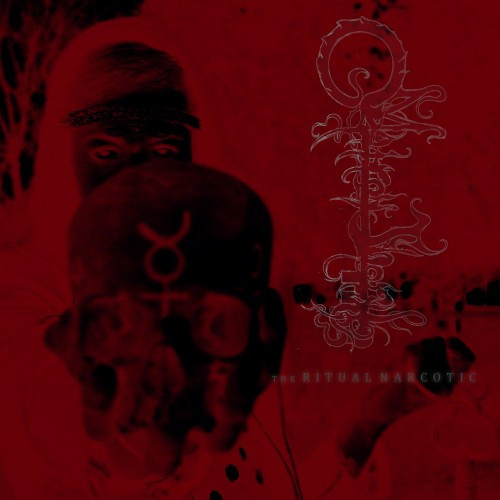 There is a certain unity of mood in the various expressions of Thorn’s musical creativity that I’ve heard (a certain abiding darkness), as well as some shared characteristics in the way the music is composed and the ways in which the albums unfold (many of them tend to be immersive, mind-altering experiences, regardless of the band name on the cover). Yet despite those aspects of kinship that The Ritual Narcotic shares with its creator’s other projects, it is also distinctively different.

The songs include two principal musical ingredients that Thorn combines in an usual way. First, each song is built on a foundation of very heavy, gravel-throated bass riffs that act as the vital pulse of the music — the kind of magnetic riffs that would be very much at home on a sludge or stoner-doom album. They’re all different from song to song, of course, but they’re all amazingly infectious. Those riffs are what really plant the songs firmly in your head (and get your head moving).

But it’s what Thorn builds on that foundation that makes the album so emotionally potent. Because what he layers on top of those compulsive riffs are sequences of guitar-and-keyboard-driven dissonance, a kind of disorienting, almost ambient sound that surrounds the driving low end like a psychoactive haze, and shrill, piercing lead-guitar arpeggios that sometimes spiral slowly like passing wraiths, sometimes shimmer like moonlit waters, and sometimes skitter like ants under the skin or like the neural impulses of a deranged mind. There is no mystery why this album is named The Ritual Narcotic — because that’s almost exactly what the music is.

Atmospherically, the album’s tone is predominantly grim, bleak, and hallucinatory.  The first three songs on the album — “The Hellhound”, “Devil-Monolith”, and “In His Temple” — are especially dark, disorienting, and oppressive. The journey through them is like sinking slowly down into deep, black waters lit only by the unpredictable shimmer of phosphorescence. It’s a chilling experience, made even more cold and menacing by Thorn’s vocals, which vary between deep and somber clean vocals (which reminded me a little of Peter Steele) and more harsh, demonic expressions — groaning, moaning, and chanting in a way that’s often frightening.

The fourth song, “Terror Magick”, provides a bit of a reprieve, with a faster rhythmic tempo that actually rocks — but the music still feels utterly oppressive and threatening and the guitars still sound weird as hell. Eventually even “Terror Magick” slows into a psychedelic miasma of sound.

True to its name, segments of the fifth track “Chthonic Funeral” sound like a dirge for a funeral procession, and it even begins with the eerie, reverberating notes of an organ. Yet the song proves to be entrancing, with a melody that flows and shines like an aurora borealis — beautiful, though still cold and heart-aching in its depressive weight.

The album also ends with something of a reprieve, with another rare appearance of a rocking rhythm at times during “The Curse”, amplifying its intensity, and an incredibly catchy low-end riff — but the song is still steeped in grief and gloom notwithstanding the massive hooks embedded within it.

And that brings me back to where I started. I think you could randomly pick out any one song from the album and be gripped by it, have your mood changed by it. But listening to the album as a whole is like experiencing a hallucinatory dream, or perhaps sharing in the nightmares of another. You don’t come out of it in the same frame of mind as when you enter through the portal of the first song. It’s a strange and disconcerting immersion — while the album is indeed a kind of ritual narcotic, it could just as well have been named for the fourth song: It is also a sonic grimoire of terror magic. And in its own ominous and disturbing way, it’s brilliant.

At the moment, The Ritual Narcotic can only be heard on YouTube, although undoubtedly it will eventually be released by some astute label. The YouTube stream is below, and here’s an index to the songs:

UPDATE: The album is now available on Bandcamp via the link below (and there’s an EP on that page as well); I’ve also added the Bandcamp stream, which permits selection of individual songs.