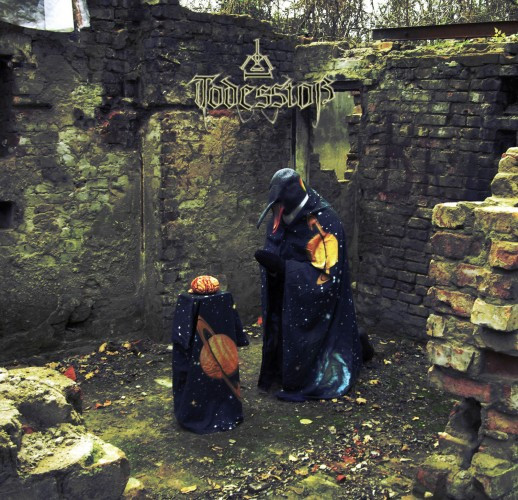 The new seventh album by Germany’s TODESSTOSS is named Hirngemeer, a word you will not find in the dictionary, a kind of jumbled contraction of the German words “Gehirn” (brain) and “Meer” (sea), as if to express the idea of a mind at sea with all moorings lost and no compass to guide it. That turns out to be a fitting title, as you will learn when you hear our premiere of the album’s first track, “Verwehung”, which means “drift”.

The album will be released on September 25 by I, Voidhanger Records, a label with a proven impeccable taste for the unorthodox and the fascinating (and no real regard for genre boundaries). The album is about 75 minutes long, but consists of only three tracks. At more than 28 minutes, “Verwehung” isn’t the longest. And yes, we’re bringing you that song in its complete form, not the kind of edited version that often appears in place of long tracks for fear of overtaxing short attention spans. 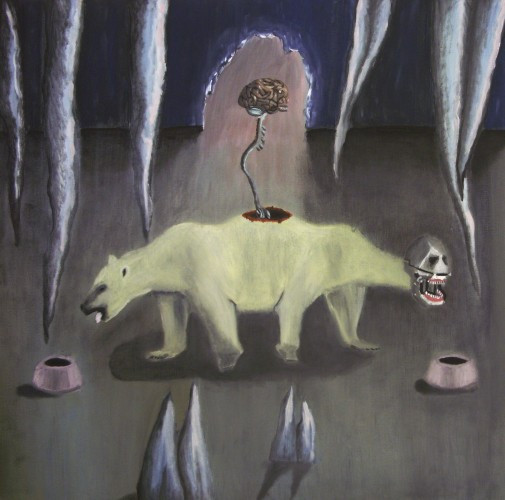 For those who are unfamiliar with TODESSTOSS (and I’ve only learned about the band recently myself), the name means “Deathblow”, and it’s led by German musician, poet, and painter Martin Lang. As you are no doubt figuring out already, his visual creations are as unconventional as his music. And we’re only giving you a taste of the artwork that will appear in the 20-page booklet accompanying the CD in the jewel case edition that I, Voidhanger will be releasing. 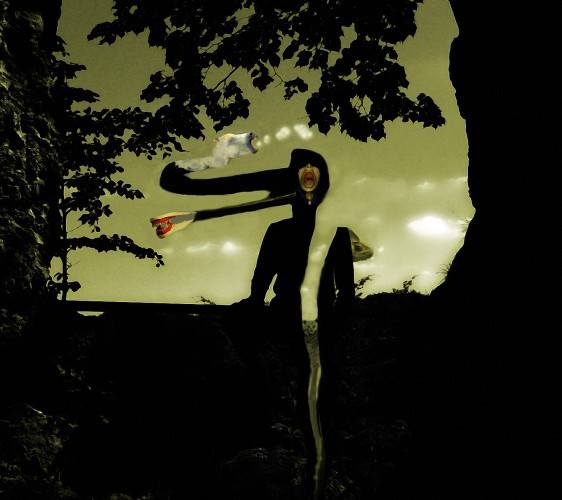 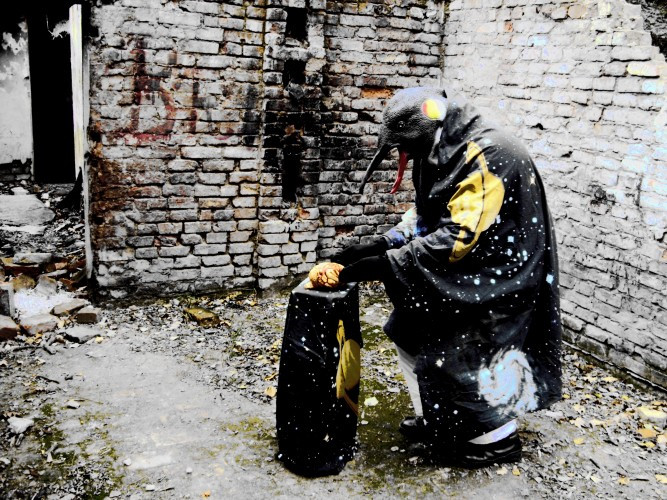 Diving into this song, and hanging onto your sanity with a white-knuckled grip, is like being pulled into the whirlpool of a disintegrating reality — or sucked through a wormhole into an entirely different dimension. There are comparatively placid, mesmerizing moments in the song, as well as compulsive looping rhythms and catchy melodies, but on the whole it’s a phantasmagoric and chaotic experience. At times you may think you’re listening to an extravagant opera composed in free form by the inmates of an asylum. But though these inmates may be deranged, they are very talented — and they will never leave you bored or complacent.

By coincidence, as I was just finishing this post, I came across a quotation by Ernest Hemingway that seemed just right for what I heard on this track:

“Live the full life of the mind, exhilarated by the romance of the unusual.” 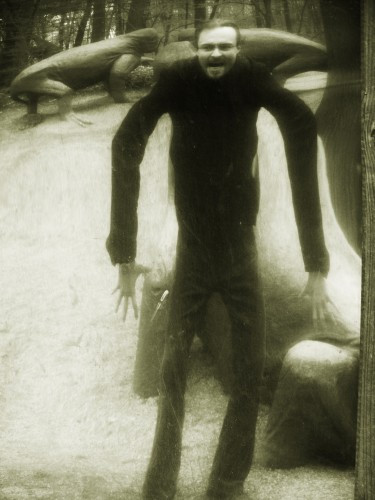 For those sonic adventurers out there with a taste for the bizarre and a hunger for creative exuberance that’s waaaay off the beaten path, find a half-hour when you won’t be distracted and give “Verwehung” your undivided attention. It will connect with you or it won’t — but if it does, I think you’ll find it to be richly rewarding.

The participants on this new TODESSTOSS album are as follows:

And here’s the tracklist: