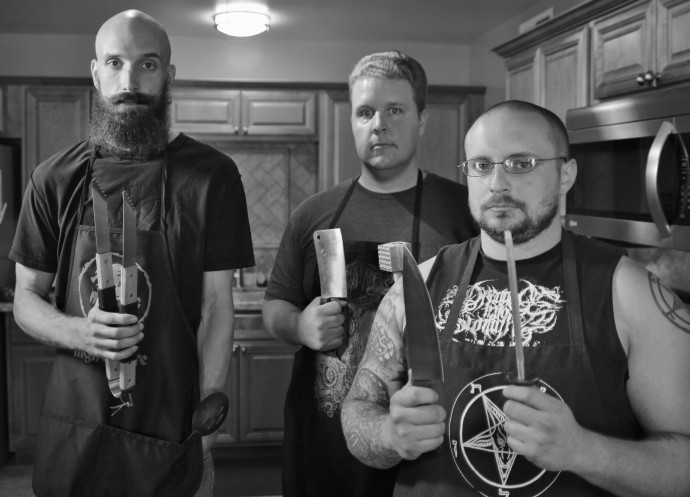 Phoenix-based Horse Head came together in 2011, announced their own death in 2013, and have now resurrected themselves from the ashes with renewed purpose. Judging from the implements they’re wielding above, their purpose seems to involve cleaving and carving. But there’s no reason to simply draw inferences based on their culinary weapons of choice, because you can also listen to the song we’re premiering today, the title track to their self-titled debut which will be released in proper form for the first time next month.

The name of the EP and the song is Missionary. The song’s opening riff is a dismal little rocking teaser, but hardly adequate preparation for the steamrolling crushfest that follows it. It’s a heavy beast of a song, with a low end that’s as thick as tree trunks and a mid-section change of course that’s such a huge, lumbering headbanger that you better loosen up your neck muscles before you get there. 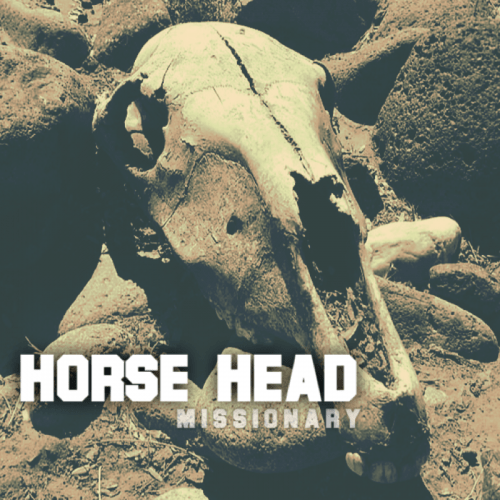 But there’s a lot more to the song than a display of mastery at concocting titanic sludge/doom riffs and earth-shaking drum rhythms. The lead guitar melodies are sometimes spectral, sometimes eerily ghoulish in their agonized moaning, and when the guitar rises up in the song’s skull-cleaving second half, it almost sounds like a keening harmonica. On top of all that, the vocalist shrieks like a man being tortured with an acetylene flame (when he’s not roaring like a bear), amplifying the music’s emotional intensity.

So, in the end, what you get is something pleasingly complex, a blending of sludgy sledgehammer blows and eerie atmosphere, music that makes you want to move in the midst of the heartless gloom. It’s a good thing these dudes decided to crawl out of the grave (and they’re working on new songs as we speak).

Missionary will be released by the band, both digitally and on CD, on September 25. Watch this space for more details: